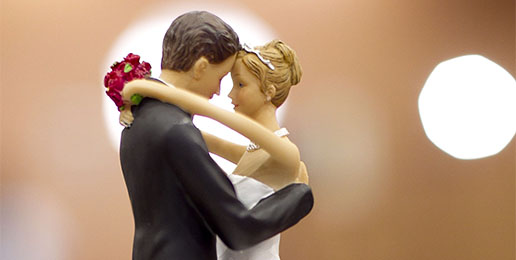 For years, a steady drumbeat of Christian pastors, musicians, and authors have announced they’ve “evolved” on the issue of homosexuality. Authors like Matthew Vines and more recently, Jen Hatmaker, musician Nicole Nordeman and Yale philosopher Nicholas Wolterstorff argue that the Bible doesn’t actually condemn same-sex “marriage.” Christians, they say, should bless such unions as “holy.”

Many of them have said that even if we don’t agree, we shouldn’t make it a big deal. We can “agree to disagree,” they say. Typically, they offer one of three reasons.

First, this issue, they say, is like the mode of baptism, or worship styles, or wine versus grape juice in the Lord’s Supper. In other words, homosexuality is a matter of preference, an area where believers can respect one another’s differences.

But this doesn’t make sense for either side. Advocates of same-sex “marriage” say it’s a human right. If that’s true, the traditional view is not just mistaken, it’s dangerous! Opponents say that acts of homosexuality are sinful. If that’s true, then Christians can’t agree to disagree either.

Second, we often hear that the Church is evolving on this issue, especially every time a Christian celebrity changes their minds. But the vast majority of evangelicals still hold to the traditional view, and they’re not changing their minds anytime soon. As my “BreakPoint This Week” cohost, Ed Stetzer, points out in Christianity Today, “Evangelical organizations across the spectrum are making clear where they stand on marriage.” Groups like the Council for Christian Colleges and Universities, InterVarsity Christian Fellowship, Christianity Today, and even more progressive social-justice-minded organizations like World Vision and Fuller Seminary, have all unambiguously committed to hold the line on this issue.

As have denominations. Virtually every evangelical communion has reaffirmed God’s design for sex and marriage.  Even in the United Methodist Church, long considered a stronghold of liberal theology, and in the worldwide Anglican communion, the marriage debate has taken a conservative turn as traditional members in Africa and elsewhere exert their influence.

But, some will reply, “If Christians don’t all agree on what marriage is, you can’t say there’s such a thing as ‘the Christian position.’” But Christian truth isn’t made of what people who call themselves Christians say. It’s revealed truth, made known through creation, through Scripture, ultimately through Christ—each of which are quite clear about what makes us male and female, what marriage is, and about sexual morality.

Which is why Christians never questioned marriage until culturally yesterday. A post-sexual revolution claim just a few years old does nothing to negate the consistent Christian witness about marriage throughout all of history.

Which brings up the final argument, “If marriage is a core part of Christian teaching,” we hear, “why isn’t it in the creeds or the councils? Why did no one talk about it until now?” The answer is, because no one questioned what marriage is until now—anywhere, much less in the Church.

Throughout history, the need to clarify certain Christian doctrines has almost always arisen because of challenges. No one thought we needed a canon, until Marcion suggested some books weren’t Scripture. No one thought we needed to clarify Jesus’ place in the Godhead, until the Arian heresy. In each case, what was upheld wasn’t a theological innovation, but a clarification of the consistent Christian teaching.

So next time someone says, let’s just agree to disagree about this issue, say, “No. Instead, let’s agree to love each other and to pursue the truth together.” That’s a much better way forward.