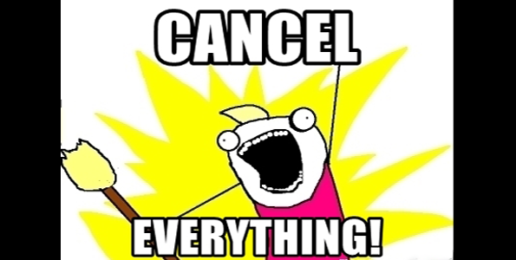 Leftists Canceling and Cannibalizing Their Own
Written By Laurie Higgins   |   07.17.20
PRINT

In their pursuit of replacing culture with anti-culture, the spanking new 21st Century culture Reformers are going to be very busy. Rather than nailing 95 theses on a church door, they’re going to tear down 950,000 monuments and place names honoring imperfect and altogether yucky colorless people and replace them I guess with the names of perfect colorful people. This provides yet more evidence of the silliness of Barack Obama’s out-of-context quote, “the arc of the moral universe is long, but it bends toward justice.” It also provides evidence of the truth of Dr. Martin Luther King‘s use of the quote, first spoken by 19th Century pastor Theodore Parker:

Evil may so shape events that Caesar will occupy a palace and Christ a cross, but that same Christ will rise up and split history into A.D. and B.C., so that even the life of Caesar must be dated with [Christ’s] name. Yes, “the arc of the moral universe is long, but it bends toward justice.”

Neither Theodore Parker nor Dr. King was making the point that history moves always and ineluctably toward justice. They were making the point that ultimately Christ will redeem history. Christ has already won. It’s interesting that leftists have adopted BCE and CE in order to no longer refer to Christ. No matter, Christ still wins.

In the meantime, the devil roams the earth lying and destroying.

Now, after decades of canceling conservatives through a thousand tiny cuts and an occasional deep slash, the Reformers smell all that yummy human blood and are mercilessly cannibalizing their own.

The cannibals at the San Francisco Museum of Modern Art forced out their curator, Gary Garrels, “[c]onsidered one of the country’s most prominent curators,” for the sin of saying he “would not stop collecting work by white men lest the institution take part in ‘reverse discrimination.’” The cannibals leapt on him. First, he tried futilely to stop the attack by groveling, saying,

I want to offer my personal and sincere apology to every one of you. I realized almost as soon as I used the term ‘reverse discrimination’ that this is an offensive term and was an extremely poor choice of words on my part.

The Cannibal Reformers have been noshing on Lin-Manuel Miranda, the beloved leftist author of the beloved musical Hamilton, for being insufficiently Reformed.

Homosexual, slightly conservative and now former New York magazine writer Andrew Sullivan was nibbled on for writing in ways about the protests that “triggered” “sensitive junior editors.” He resigned before being eaten alive.

And on social media and in her former place of business, writer Bari Weiss, who describes herself as  “center left on most things … and … socially liberal,” was gnawed on mercilessly. When the Cannibal Reformers, with blood dripping from their ghoulish mouths, paused to catch their breath, Weiss fled and used her best weapon to try to stop the cannibalization. She wrote and posted a resignation letter that exposes the intolerant, bigoted, ideologically non-diverse work environment at the New York Times:

[T]he lessons that ought to have followed the [2016] election—lessons about the importance of understanding other Americans, the necessity of resisting tribalism, and the centrality of the free exchange of ideas to a democratic society—have not been learned. …

My own forays into Wrongthink have made me the subject of constant bullying by colleagues who disagree with my views. They have called me a Nazi and a racist. … Several colleagues perceived to be friendly with me were badgered by coworkers. My work and my character are openly demeaned. …  [S]ome coworkers insist I need to be rooted out if this company is to be a truly “inclusive” one, while others post ax emojis next to my name. Still other New York Times employees publicly smear me as a liar and a bigot on Twitter with no fear that harassing me will be met with appropriate action. They never are. …

[T]he truth is that intellectual curiosity—let alone risk-taking—is now a liability at The Times. … Online venom is excused so long as it is directed at the proper targets.

It feels liberating to say after years of tiptoeing around the fact, but the American left has lost its mind. It’s become a cowardly mob of upper-class social media addicts, Twitter Robespierres who move from discipline to discipline torching reputations and jobs with breathtaking casualness.

Seeing the cannibals eating their own, ethics (or panic) seized 153 men and women who work in journalism, academia, and the arts—mostly leftists—and penned an open letter in Harpers in which they “raise their voices against” the “new set of moral attitudes and political commitments that tend to weaken our norms of open debate and toleration of differences in favor of ideological conformity.” The signatories include Margaret Atwood, Noam Chomsky, Todd Gitlin, Garry Kasparov, Damon Linker, Steven Pinker, Letty Cottin Pogrebin, Jonathan Rauch, J.K. Rowling, Salman Rushdie, Gloria Steinem, Randi Weingarten, Garry Wills, Matthew Yglesias, and Fareed Zakaria.

After first taking potshots at conservatives, as is their wont to do, they wrote this:

The free exchange of information and ideas, the lifeblood of a liberal society, is daily becoming more constricted. … [C]ensoriousness is … spreading more widely in our culture: an intolerance of opposing views, a vogue for public shaming and ostracism, and the tendency to dissolve complex policy issues in a blinding moral certainty. We uphold the value of robust and even caustic counter-speech from all quarters.

But it is now all too common to hear calls for swift and severe retribution in response to perceived transgressions of speech and thought. More troubling still, institutional leaders, in a spirit of panicked damage control, are delivering hasty and disproportionate punishments instead of considered reforms. Editors are fired for running controversial pieces; books are withdrawn for alleged inauthenticity; journalists are barred from writing on certain topics; professors are investigated for quoting works of literature in class; a researcher is fired for circulating a peer-reviewed academic study; and the heads of organizations are ousted for what are sometimes just clumsy mistakes. … the result has been to steadily narrow the boundaries of what can be said without the threat of reprisal. We are already paying the price in greater risk aversion among writers, artists, and journalists who fear for their livelihoods if they depart from the consensus, or even lack sufficient zeal in agreement.

This stifling atmosphere will ultimately harm the most vital causes of our time. The restriction of debate, whether by a repressive government or an intolerant society, invariably hurts those who lack power and makes everyone less capable of democratic participation.

Some of the most bloodthirsty cancel culture cannibals live and move and have their anti-being in the “trans” cult, and when Harry Potter author J.K. Rowling said men can’t be women, the Cannibal Reformers came for her with bared fangs and unsheathed drag queen talons. Fortunately, Rowling has an impenetrable armor made of gold bricks. Unfortunately, few Americans have such armor. Maybe AOC, Bernie, and Biden can provide some to each and every American—oh, and while they’re providing free stuff, I’d like my fair share: a Martha’s Vineyard mansion just like the Obamas’.

While this letter is a good start in undoing the damage done to the Republic by leftists, seeing the name of the president of the American Federation of Teachers, Randi Weingarten, undermines trust in the sincerity of the signatories in that teachers’ unions are at the forefront of leftist politicking, including using schools to advance their leftist ideology.

Not surprisingly, when the letter was published, the Cannibal Reformers lost what was left of their minds, beginning with Todd VanDerWerff, whose “trans” alter ego is “Emily” VanDerWerff. To be clear in the miasmic ontological fog created by the noxious exhalations of the “trans” cult, “Emily” is a biological man—forever.

He, like Harper’s letter signatory Matthew Yglesias, is a writer at Vox, and VanDerWerff laughably claimed that upon seeing Yglesias’ signature near the signature of J.K. Rowling, he felt “less safe working at Vox.” And the Cannibal Reformers were off and terrorizing.

What we need now is massive pushback against ideological Robespierres, storm troopers, and Cannibal Reformers. Don’t let their tactics intimidate you. Don’t be manipulated. Don’t be deceived. Don’t hold your fire. And don’t send your kids to their re-education camps.

You Will Never Be Gay Enough For The Fascists