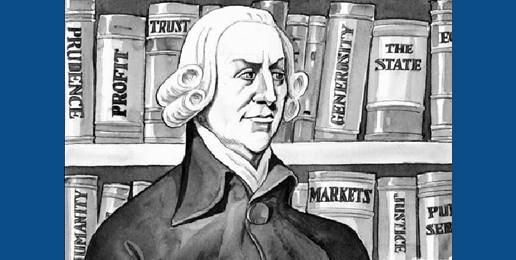 I read an interesting study recently which was designed to test little children’s ability to delay gratification.  What the scientists did was place children as young as two years old in a room at desks, gave them a treat, and told them that if they refrained from eating the treat for a certain length of time, they would be rewarded with a second treat.  It was amazing how many of the children, even very young ones, were able to resist!  You can go on-line (Stanford Marshmallow Study) and watch them.  It is a pleasure to see their strength of character!

So, while the scientists were learning about the children’s willingness to delay gratification, I understood something else; for what this revealed to me was that each child had an innate desire to get more treats for him/herself.  In other words, the child had an inherent willingness to expend energy to improve his situation. In economic terms, it is the underlying urge manifested in what we call the profit motive!  And, I have no doubts that if we were to study children anywhere on the planet we would get the same results.

Now, I am sure that the Left will explain this by declaring that children have LEARNED to be selfish capitalists from their parents!  It is because mom and dad are reading Adam Smith, Von Mises, and Hayek to their newborn bundles of joy at bedtime each night that these innocent children have become at these tender ages such greedy, free market economic abusers.  If parents would instead dust off Keynes and Marx and put their little munchkins to sleep listening to the sweet droning of these selfless ideals, the world would quickly morph into the utopia of their dreams.

On the other hand, if we would see things as they actually are, maybe we could better deal with them.  We understand this motive in children as selfishness (what theologians call “original sin”) that cannot be removed in this life, only brought under discipline.  And, from a general sociological standpoint, the best way to do that is via the capitalistic economic system under which we in America have, until recently, lived.  Imperfect, yes, but the best system the world has ever seen.

It’s really not that difficult to understand.  There are two basic principles which undergird our economic system:

1.  Free people will willingly buy only what they need or want.  Therefore, I must figure out what people want or need and then supply them.

If these principles are allowed to operate as freely as possible, much of the abuse so common to mankind will be kept in check.  It’s simple, if my selfishness shortchanges others, they will not buy my goods, and my selfishness will come back to bite me.

It is when governments get too involved that this breaks down.  As the nanny state grows, it protects people from their own selfishness, and rather rewards them for it.  Thus, people continue to serve themselves undeterred by bad consequences.  It no longer matters whether I produce something others want or need, I get what I want or need regardless.  When others see that occur, it discourages them from disciplining their own selfishness, and they demand more than they deserve as well and find sitting idle far more attractive.  This is why in Soviet Russia it was discovered that the miniscule garden plots the government allowed families for their own use far out produced the vast millions of acres of public lands the people were charged to farm “for the state!”

God has created self-correcting consequences to mankind’s selfishness in the economic system we call free-market capitalism.  The “progressivism” President Obama and the Left prescribe appears superficially to address the problem of selfishness head on by denigrating “evil profit” etc., but it fails big time because it assumes the “perfectibility” of man.   Progressivism, or what is more generally known as socialism, concludes contrary to all its history that the human race, with a little help, (and by discarding the nightly reading of Smith, Mises and Hayek) will throw off its selfishness and live harmoniously receiving “from each according to his ability, to each according to his need.”

It should be noted, by-the-way, that free market capitalism has done far better for those who truly cannot provide for themselves than any of the so-called “compassionate” socialized systems as well.

If you believe that socialism is the answer, and that it has failed only because it was improperly instituted in Russia, China, North Korea, E. Germany, Cuba, Viet Nam, Cambodia etc., etc., etc.,  . . . and that the slaughter of over one hundred and fifty million people in these countries during times of peace was merely an aberration, then go ahead and vote for big government candidates.

But, if you understand how a free market actually tempers our selfish impulses for the public good, then you might want to reconsider your vote.