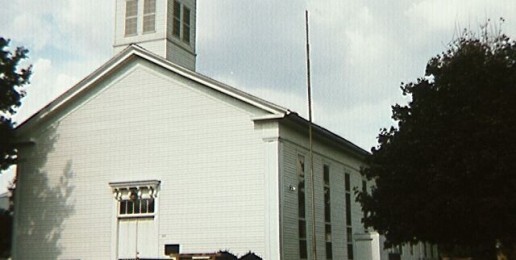 In Tuesday’s elections, we saw the citizens of seven states vote to pass state constitutional amendments to secure marriage as the union between one man and one woman. Tennessee, Colorado, Idaho, South Carolina, South Dakota, Virginia, and Wisconsin bring the grand total of states that affirm traditional marriage to 27.

While Illinois voters lost the opportunity to cast a ballot for marriage defense after IFI’s lawsuit challenging the state’s cumbersome referendum law was struck down in federal court, the citizens of Pleasant Plains, Illinois (located about 15 miles northwest of the State Capitol) were given the chance to defend marriage and did so overwhelmingly. After Cartwright Township officials placed a question of whether an amendment protecting marriage as between a man and a woman should be added to the Illinois constitution on their local ballot, 502 citizens voted FOR the measure and 166 against it.

“There is little doubt in my mind that if a marriage protection measure were put to the voters of Illinois, the referendum would win handily,” said Illinois Family Institute Executive Director David E. Smith. “The sample from Pleasant Plains, the center of the state, is a good indication of that. Why are House Speaker Michael Madigan and Senate President Emil Jones denying ALL the people of Illinois a chance to vote to protect marriage?” Smith said IFI plans to re-launch IFI’s Protect Marriage Illinoispetition drive in 2007 in an effort to get a referendum on the ballot for the general election in 2008.

“The national election returns provide more evidence that preserving the sanctity of marriage eclipses partisan politics,” said Smith. “Media pundits are quick to point to Tuesday’s election as American’s way of saying they want change. Yet while many incumbents were swept out of office, one thing remained consistent — the mandate for protecting marriage continues.”

“Pro-marriage forces were outspent ten to one in blue state Wisconsin, yet the Marriage Protection Amendment there passed in a landslide,” LaBarbera said. “Here in Illinois, gay activist Rick Garcia has paid for some biased polls to cast doubt on the prospects of a Marriage Protection initiative here. But Illinois citizens should not believe those polls. With hard work and a strong grassroots push, Illinois WILL join the list of states providing the maximum protection to marriage. We must do so to prevent judges from usurping the power by radically redefining marriage, as occurred in New Jersey, Massachusetts, and Vermont.”

More than 400,000 citizens signed petitions to bring the marriage referendum to a vote in late 2005 and early 2006. Bills in both the houses of the Illinois General Assembly have not been allowed to advance since 2002.