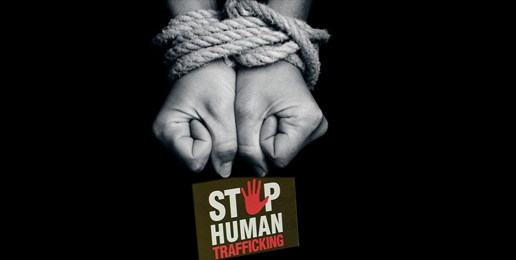 In recent years, some organizations and movements on the left have placed a greater emphasis on the role of slavery in our nation’s past. To their view, this “original” sin surrounding the nation’s beginnings cast a permanent pall that cannot ever be overcome. Black Lives Matter (BLM) and The 1619 Project are two of the most prominent examples of this, but neither seek to engage and end slavery for its present-day victims.

The U.S. State Department issued its 20th annual Trafficking in Persons (TIP) Report over the summer, which estimated nearly 25 million adults and children around the world are victims of sex trafficking or forced labor—in other words, slavery. According to the State Department, “The United States considers ‘trafficking in persons,’ ‘human trafficking,’ and ‘modern slavery’ to be interchangeable umbrella terms that refer to both sex and labor trafficking.”

In presenting the report, Secretary of State Michael Pompeo noted a biblical truth: “Desecration of the inherent value and immeasurable worth of human beings, each of us created in the image of God, makes human trafficking a truly wicked act.”

As Christians know, the Bible clearly states that humans are created in the image of God (Genesis 1:26-27, 9:6) and are fearfully and wonderfully made (Psalm 139:14). The Bible also clearly condemns the selling and enslavement of humans (1 Timothy 1:10, Exodus 21:16). Tragically, there have been those in our nation’s and the world’s history who have sought to misuse other Bible verses to provide support for their sin of owning slaves.

Where memories of the slave trade still linger

With the focus on the issue of slavery in our nation’s past, it’s often overlooked that slavery continues in the open in some parts of the world and is a recent memory in others. In some parts of Africa, those memories are recent, upsetting, and very uncomfortable for us today. The BBC published an article by Adaobi Tricia Nwaubani titled, “My Nigerian great-grandfather sold slaves.” It’s an interesting but hard read for someone with Western sensibilities. The author notes that “it would be unfair to judge a 19th century man by 21st century principles,” but here the difference is in cultural, between developed and developing nations.

Nwaubani explained that slavery was practiced in Nigeria long before Europeans arrived on the continent and was considered acceptable and even celebrated. “The successful sale of adults was considered an exploit for which a man was hailed by praise singers, akin to exploits in wrestling, war, or in hunting animals like the lion,” she shared. European offers to locals of money for the capture or trade of more slaves only served to increase the growth of the practice.

In the late 19th and early 20th centuries, her grandfather, Nwaubani Ogogo, lived among the Igbo people and owned several slaves who were seized by the British colonial government. She told how Ogogo found this unfair and stood up to the government earning him the respect of both the locals and the British. She recalled hearing stories while growing up of how his agents would capture slaves, selling them through the port cities of Calabar and Bonny in southern Nigeria.

Although the British worked to eliminate slavery throughout the colonial period, the slave trade in southeastern Nigeria continued until the late 1940s or early 1950s. Igbo historian Adiele Afigbo described it “as one of the best kept secrets of the British colonial administration.”

Nwaubani justified her grandfather’s actions, saying he was eventually appointed a paramount chief by the British, engaged in legitimate businesses and trade, and “willingly donated land for missionaries to build churches and schools.”

Describing Ogogo and his peers, she noted, “Assessing the people of Africa’s past by today’s standards would compel us to cast the majority of our heroes as villains, denying us the right to fully celebrate anyone who was not influenced by Western ideology.” Her line of reasoning is similar to what was taught not so very long ago in the majority of public schools about America’s Founding Fathers.

Today, Nigeria is on the Tier 2 Watch List. According to the report, the country’s government “does not fully meet the minimum standards for the elimination of trafficking but is making significant efforts to do so.” There is still a “significant number” of victims of human trafficking in Nigeria and the country has failed to provide evidence of improvement in the last year according to the State Department.

The United States is among 34 countries in Tier 1. Tier 1 countries meet the minimum standards to eliminate trafficking. Tier 2 countries, which include Japan and Saudi Arabia, don’t satisfy the minimum requirements but are making an effort. Tier 3 includes Afghanistan, China, Cuba, Iran, Lesotho, Nicaragua, North Korea, Russia, South Sudan, Syria, and Venezuela among others. For a full list see the TIP Report.

“To turn the tide, action must accompany words,” said Pompeo. “Among other steps, governments must end state-sponsored forced labor; they must increase prosecutions of human traffickers; and they should expand their efforts to identify and care for trafficking victims, while ensuring they are not punished for crimes traffickers compelled them to commit.