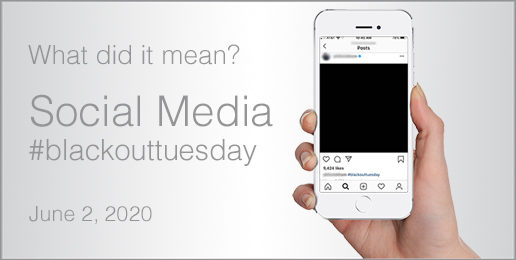 On Tuesday, June 2, 2020 the trend of posting a black screen was seen across social media.

What is the Blackout screen?

According to Insider, Blackout Tuesday (with the use of the Blackout screen as a symbol) is “an initiative to go silent on social media, reflect on recent events, and stand in solidarity with the Black Lives Matter movement.”

What is the Black Lives Matter movement?

According to blacklivesmatter.com, “Black Lives Matter began as a call to action in response to state-sanctioned violence and anti-Black racism. Our intention from the very beginning was to connect Black people from all over the world who have a shared desire for justice to act together in their communities. The impetus for that commitment was, and still is, the rampant and deliberate violence inflicted on us by the state.”

What is systematic racism?

“Institutional racism (systematic racism) is a form of racism expressed in the practice of social and political institutions. It is reflected in disparities regarding wealth, income, criminal justice, employment, housing, health care, political power, and education, among other factors.”

What is the truth about police shootings?

According to the Center for Disease Control (CDC), blacks are the victims of homicide 8x more than Hispanics and whites combined. These homicides, however, are not by police officers but by blacks.

Michigan State University and University of Maryland College Park created a database of 917 officers involved in fatal shootings in 2015. The study found that in more than 650 police departments, 55% of the assailants who were killed were white, only 27% were black, and 19% were Hispanic.

The narrative pushing systemic racism in police departments is factually incorrect. The propagation of this lie by the leftwing media continues to erode race relations in this country.

What does BLM ignore?

If BLM really cared about black lives, they would promote personal responsibility in their own communities and teach their children respect for authority, self-discipline, and responsibility for their own actions.

If BLM really cared about black lives, they would talk about the 20 million black babies that have been murdered in abortion clinics since 1973. Every year 300,000 black babies are aborted. According to the Wall Street Journal,

Nationally, black women terminate pregnancies at far higher rates than other women. … Racism, poverty, and lack of access to health care are the typical explanations for these disparities. But black women have much higher abortion rates even after you control for income. … The more plausible explanation may have to do with marriage. Unmarried women are more likely to experience an unintended pregnancy, and black women are less likely… to marry.

BLM should be promoting traditional marriage with fathers for children. According to the National Center for Health Statistics, in 2015, 77.3% of all black births were illegitimate.

If BLM cared about their communities, they would not promote their destruction in riots.

BLM would also be talking about the black police officers that have been killed in the riots, like as David Dorn and Dave Patrick Underwood. BLM isn’t talking about these black lives because these lives don’t support the narrative they are pushing.

What does BLM demand?

BLM and other organizations participating in the riots are demanding that people bow down and ask for forgiveness for the racism they “inherently” have because they have a different skin color. But did not God make our skin color? Did God make a mistake when He made Caucasians, African Americans, Native Americans, Asians, and every other ethnic group? Aren’t all ethnic groups equal in God’s sight and therefore a good thing?

If according to Scripture, no skin color is superior to another because God shows no partiality, why should we apologize for the way God created us? God makes no mistakes. God says in Psalm 139 that we are “fearfully and wonderfully made.”

Scripture teaches whom humans should bow down before:

So, what is the correct Christian response to the BLM movement?

As Christ followers, we kneel only before the throne of God. Before no one and no movement do we bow our knees in reverence and submission.

Believers, stop promoting the voices of those whose platform, ideals, and solutions are completely antithetical to God’s Word. Stop obsessing about how we look to the world. The world will hate us because they hate God (John 15:18). The world is diametrically opposed to God and His laws.

Why are we trying to make people accept us? Could it be that many Christians value the opinions of the world above God’s? (Prov 29:25)

What did your Blackout screen really say?

Your Blackout screen said that being white or something other than black—that this lack of melanin in your skin—is shameful and something to apologize for.

Your Blackout screen said that you are willing to bow before someone other than God.

Your Blackout screen said that America is racist, police are racist, and police are looking for opportunities to kill black people.

Your Blackout screen said that we are not equal. Our skin color separates us. Is this the message of the gospel? No, it is not. God calls for unity, not division. (Psalm 133:1)

The BLM movement is opposed to everything the message of the gospel of Jesus Christ stands for, and no believer should stand—or, rather, kneel—in support of this movement. “Do not be unequally yoked with unbelievers. For what partnership has righteousness with lawlessness? Or what fellowship has light with darkness?” (2 Corinthians 6:14)

Believers, stop embracing this movement. Reject the false narrative deceptively advanced in the name of compassion. Stop believing the lie.

At the center of all racism is sin. Racism must be denounced as exactly what it is—a sin that falls short of the glory of God (Romans 3:23). For those of us in Christ, we can and must declare the gospel as the only means to heal our broken and divided land. We are all one in Christ Jesus. (Galatians 3:28)

Alyssa Josephs is a 17 year-old conservative Christian who is passionate about following Christ and being a gospel witness to her peers. She lives with her family in Chicago. 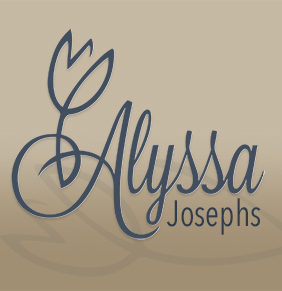 Alyssa Josephs
Alyssa Josephs is a dedicated writer and co-host for the podcast Self Evident. She is currently a Junior at Moody Bible Institute and is working toward her Bachelor of Science degree in Biblical Studies. Alyssa is involved in ministry at her local church and plans to further her education for the purpose of biblical counseling....
Full bio and more from Alyssa Josephs
Related Articles