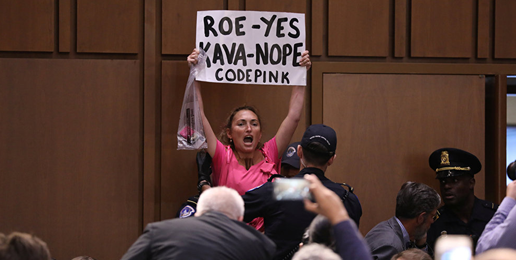 One of the joys and blessings of working for IFI these past ten years has been meeting remarkable people from across the country. One very special friend is Dr. Daniel Boland who has master’s degrees (one in theology and one in education), a PhD in psychology, and three years of post-doctoral training and research in human behavior and applied behavioral science. He taught, supervised and counseled at the University of Notre Dame and, later, at Arizona State University. After teaching, he opened a private practice as consulting psychologist in Scottsdale, Arizona and eventually moved to Southern California, where he enjoys the atmospheric climate much more than the political one. Dr. Boland now studies and writes about the radically secular trends and de-moralizing ideas which are eroding the influence of traditional Judeo-Christian principles, beliefs and practices. His wise, compassionate, and edifying essays are available on his blog to which you can and should subscribe. Here’s his essay on the meaning of the Kavanaugh imbroglio:

A vast divide now exists among Americans. It is far more than a political rift between Democrats and Republicans. It is not merely a struggle between conservatives and liberals. The true nature of this conflict centers on how we shall live as individuals and what values we shall uphold as a nation. The facts at hand are not encouraging.

The Kavanaugh Event highlights the rabid polarization in the struggle for survival of our fundamental values, our American identity and even our national security.

“Progressive” Leftists seek to create a nation without national boundaries, moral traditions or constitutional restraints. “… Let people do what they want. Let them have their way, no matter what price we pay for unhindered progress or what age-old laws and time-honored customs of dead-white-men we banish along the way…” say “progressive” Leftists.

America’s national character and moral coherence are based on 230+ years of constitutional stability inspired by Judeo-Christian mores. These legal and spiritual codes emphasize individual accountability and define the natural and lawful limits of human behavior.

Until recently, individual rights have always been balanced by personal responsibilities—and by accountability to God and to other human beings—for the common good, starting with the first natural right of all persons, the right to life, which includes the unborn.

Until recently, these codes have restrained government abuse and tempered the fads and foolishness to which humans are attracted. Today, the “progressive” Left jettisons these norms as outmoded, offensive, restrictive—the stale product of male/sexist/white/Christian/conservative dominance.

To advance their vision of unhindered “progress,” Leftists seek to eradicate our American system. Thus, many of our sacred traditions and boundaries are being overthrown by practitioners of Marxist political correctness and moral relativism, mental and moral distortions to which many Americans are in militant, yet ignorant, thrall.

And now comes the Kavanaugh Event where accusation and condemnation—rather than civility and restraint—are common. The dignity and achievements of a good man’s lifetime are expunged in favor of flimsy rumor and deliberate exaggeration (if not outright lies) in service to manipulative power.

The Kavanaugh hearings quickly devolved into character defamation, focusing not on the nominee’s professional qualifications but on whether he was a teenaged drunkard, so afflicted by alcoholic blackouts that he was forgetfully capable of anything, including violent rape.

Politically correct character assassination is the goal of the Kavanaugh Event, with the threat of impeachment ever hovering. To the Left, solid reputations of moral probity earned over an adult lifetime are relative.

Judge Kavanaugh is accused of a felony. But the preponderance of evidence assuredly does not support this charge. However, many Leftists hope the ensuing FBI probe will unearth additional dirt about Kavanaugh’s college drinking and belligerency, and a subsequent charge of perjury they hope to pin on him—dirt with which they expect to bury Judge Kavanaugh.

Research tells us that recovered memories are by no means credible and carry no probative value. Yet Democrats grant eager assent to the accusations, which originated in trauma forty years old. Despite this, the “progressive” Left celebrates the accusation as “proof” of Judge Kavanaugh’s guilt. (If you wish to review these accusations and, more to the point, read the report of Rachel Mitchell, the prosecutor who interviewed Dr. Christine Ford during the proceedings, click here.

To the “progressive” Left, accusation alone cancels reasonable doubt. It “proves” Judge Kavanaugh is unworthy. Henceforth, he shall be known and dishonored as a liar, drunk and rapist.

For the “progressive” Left, even a reckless, fact-less accusation that anyone is a racist or a homophobe, a chauvinist-pig or a sexist, a bigot or a promoter of hate speech or, worse, a faithful Christian baker or florist (with all the attached spiteful, religious baggage), even a mere accusation is sufficient to cast shadows over good people to justify punitive wrath and budget-busting fines.

Such is the “progressive” politically correct ethic in our morally-wounded, rationally-bereft culture.

The Behavior of Some Senators

The insults and “gotcha” posturing by Democrat Senators were, to many observers, way over the edge. It was deeply disquieting to watch our elected representatives leverage Judge Kavanaugh’s plight for their own unsavory political agendas, their unseemly grandstanding and their appeals to financial donors.

For example, U.S. Senator Chuck Schumer (D-NY) declared his resistance to Judge Kavanaugh’s nomination less than half an hour after the announcement. Mr. Schumer’s rush to pre-judgment was startling in its alacrity and vehemence.

U.S. Senator Kristen Gillibrand’s opportunistic “anti-males-in-power” feminist screeds were wearisome in their denial of historical and biological reality—which is nowhere better explained than in this brief, must-watch Prager U video.

U.S. Senator Mazie Hirono’s advice to men to “shut up and step up” was simply incoherent and outlandish.

U.S. Senator Cory Booker indulged in several episodes of self-promoting rodomontade a’brim with cringe-worthy virtue-signaling and martyr-ish rhetoric. His performance was out of sync with his own teen-age sexual excesses, about which he wrote in a college column proclaiming his conversion to feminism.

One could also mention U.S. Senator Richard Blumenthal’s needless slur that Judge Kavanaugh’s appointment will “stain” the Supreme Court. This is the same Blumenthal who claimed to have served in Vietnam when, in fact, he did not.

There are other embarrassing and unstatesman-like (or, if I must, unstateswoman-like) examples from our national leaders in this unfortunate inquisition, but the point is evident and disturbing.

The Stunning Absence of Honesty

The intemperate name-calling and adversarial behavior of Democrats did indeed shock. Such behavior compels us to recognize with heavy heart that politics and far too many politicians no longer exemplify responsible civility, moral and intellectual clarity, human courtesy or simple fairness.

Some will counter with a challenge: “Yes, but how ‘bout Trump and his ranting, blathering incivilities?”

Yes, many Americans vehemently condemn President Trump’s tweety indiscretions. In fact, many loathe our president for his tactless style and his tasteless crudities.

Many people also criticize Republicans for their hesitant, tradition-bound approach to their exercise of their congressional majorities and for their failure to reach effectively across the aisle and seek unity with Democrats. “… After all, Republicans have the power…”

But “progressivism’s” defamatory strategies and divisive energies—now on grim public display—clearly reveal how they are deliberately eroding our American ideals and how responsible these “progressive” Leftists are for the toxic state of affairs we now face.

To this day, the story of America is a record of human nature’s best attempts at limited governance and the evolution of justice. Sadly, today’s destructive Leftist politics reveals that power-grasping can overshadow the good will and highest hopes of human nature which defined American exceptionalism.

Our Declaration of Independence declares that our laws are codifications of rights and responsibilities granted by our Creator—except to the “progressive” Left.

Our nation’s historic struggle for a balance between human laws and their divine origin are summed up in the admonitions of John Adams, who cautioned that our form of governance relies not only on law but also on the virtue of citizens and their representatives—except to the “progressive” Left.

We can see that American politics today is no longer a unified struggle for a common goal. Party politics is now a bitter, morally divisive enterprise. Americans are separated according to our vision of human life, its origins, its rights and its inherent value.

These differences are nowhere more definitively clarified than with the issue of abortion. The divisions in our country relate to our beliefs about life itself—about the “right” of individuals to live and the “right” of both the state and private persons to take life away from its own citizens, especially from the unborn and the elderly.

It is the taking and giving of life which threaten our Republic’s very survival. It is abortion, its moral consequences and its political leverage which are at the dark core of the Kavanaugh Event.

The corrupting intrusions of Marxist political-correctness, the ascendance of moral relativism in the American consciousness and the denigration of Judeo-Christian principles now inspire character assassination as a mainstream political tool. But there is also much more to worry about.

Our national malaise is exacerbated by Leftist propagandists in the media and entertainment industries to the grave detriment to our entire culture. One has only to listen to some late-night hosts to realize how foul “humor” has become, as Jimmy Kimmel’s disgusting comment affirms.

To the Left, factual reportage and decency in speech are relative to the desired outcome.

The impact of the “progressive” Left’s relativism on American politics, education, family life, law enforcement on our entire culture is difficult to face but impossible to deny:

There is also the mortal danger of Islamic militancy which promises violence and death to America. In fact, violence is now occurring throughout Europe, a continent made victim by its own twisted sense of giving aid to its destroyers and welcoming its enemy in the names of suicidal empathy and false altruism.

Do We Get It Yet?

The un-making of America in accordance with the desires and will of the “progressive” Left proceeds apace as self-restraint is diminished and counterfeit, artificial “freedoms” are let loose among us. The public destruction of Brett Kavanaugh is but one of countless tragic events ahead for America and for many Americans.

History tells us that disturbing outcomes are increasingly probable unless we take seriously the facts at hand. The facts at hand attest to the demise of our moral traditions, truth and civility in the “progressive” Left’s politically correct, socialist America and to the continuing destruction of American exceptionalism and identity.

It is unfolding before us every day.