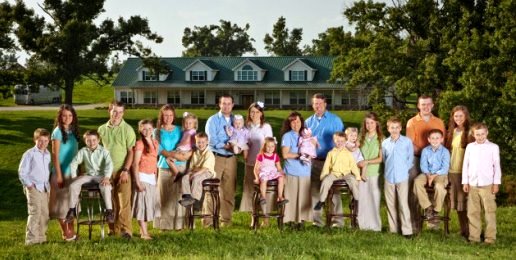 Randy Sharp, director of special projects for the American Family Association, explains that the homosexual lobby has launched a major petition drive to convince The Learning Channel (TLC) network to drop the show “19 Kids and Counting,” one of the most successful programs the cable channel has ever had.

The anti-Duggars petition accuses the family of “fear mongering against gays and transgendered people” for opposing a “civil rights” ordinance passed in mid-August by the Fayetteville (Arkansas) City Council. The ordinance, which is now facing a special-election repeal vote on December 9, would in part permit transgendered people to use public restrooms of their choice.

Leading up to the August decision, Michelle Duggar – in a recorded robocall – urged residents of Fayetteville to stand against the ordinance, stating: “I don’t believe the citizens of Fayetteville would want males with past child predator convictions [who] claim they are female to have a legal right to enter private areas that are reserved for women and girls.” That precipitated the online petition blasting the Duggars and calling for them to be removed from TLC’s lineup.

Sharp goes on to say that the Duggars speak the truth, the Bible – and contends that activists cannot effectively challenge what is very plainly spoken in scripture: that homosexuality is an abomination to God.

TAKE ACTION:  AFA has launched a petition drive of its own to convince TLC that many Americans would be terribly disappointed to see “19 Kids and Counting” forced off the air by homosexuals. The pro-family group hopes to gather one million signatures by Christmas.

Hurling Boulders at the Duggars
b
a
x
r