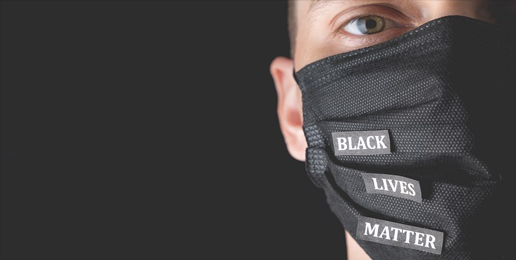 Does God care about justice? Absolutely! In fact, God says of Himself in Isaiah 61:8, “For I, the Lord, love justice.”

What about life? Does God care about life? Of course! Psalm 139 powerfully communicates the value, worth, and sanctity of human life.

God’s concerns for life and justice are woven throughout the Bible, and the two are not mutually exclusive. So we as Christians should care about justice and defend life. Likewise, we must make sure that our endeavors to plead for justice or defend life don’t inadvertently align us with covert missions and agendas that seek to undermine God’s standard of holiness.

As of late, many Christians have touted their support of the #BlackLivesMatter movement. For example, InterVarsity’s Urbana Conference recently chose to feature a keynote speaker who challenged those in attendance with the BLM movement’s publicized cause.

But the question is not whether an evangelical collegiate ministry should tackle a discussion on perceived or actual racism; the question is whether or not tackling that issue under the umbrella of the BLM movement is compatible with the morals and values of said organization.

Actually, the question for all biblical Christians with an interest in social justice is “do the core values of #BlackLivesMatter square with the Bible’s clearly-prescribed ways of holiness and morality?” The short answer is no.

Because of its thoughtfully-crafted agenda, values, and mission, #BlackLivesMatter is unmistakably incompatible with biblical Christianity, and the many reasons Christians have to reject this movement can easily be found at BlackLivesMatter.com. According to its own “herstory,” #BlackLivesMatter was founded by three black women, two of whom are self-proclaimed queer. And while these women may care about injustice and racism, they also care about normalizing sexual deviance, deconstructing the biblical definition of family, and emasculating strong, black men who identify as straight.

Before you hashtag anything else, you might strongly consider the fact that this particular tag is an organized movement with leadership and core convictions. We are not simply talking about an organic movement with social justice as its aim; BLM is far more sinister than that. In fact, this movement has inextricably linked its calls for black justice to core convictions that are the antitheses to any biblical Christian’s convictions.

Here are three reasons #BlackLivesMatter is incompatible with biblical Christianity:

1.)  Black Lives Matter seeks to dismantle the biblical definition of family.  In their own words, they are “committed to disrupting the Western prescribed nuclear family structure requirement.” One man married to one woman is not a Western prescription for family; it’s a biblical one. The mystery of two (man and woman) becoming one flesh is so powerful a union that the Apostle Paul used this illustration to talk about Christ and the Church in Ephesians chapter 5.

2.)  Black Lives Matter champions the celebration of homosexuality. They refer to it as “queer-affirming,” but it simply boils down to rebellion against God’s created design for sexuality. In their own words, BLM gathers “with the intention of freeing ourselves from the tight grip of heteronormative thinking, or, rather, the belief that all in the world are heterosexual unless s/he or they disclose otherwise.” No matter what secular culture decides about sexuality, the Bible is still unequivocal regarding God’s design for sexual intimacy. Romans 1, for example, lists homosexuality as a “vile passion.” How now can we link arms with individuals whose mission is to undermine and celebrate rebellion against God’s design?

3.)  Black Lives Matter touts gender confusion as normal and seeks to make heroes of those who are mentally confused.  The movement taking culture by storm and increasingly validated by Christians, black and white alike, wants to “dismantle cis-gender privilege and uplift Black trans folk.” Yep — the justice movement is also the movement of gender revolution. #BLM is “committed to embracing and making space for trans brothers and sisters to participate and lead.”

There are two genders: male and female. The science is clear, and the Bible is crystal clear when it comes to God’s creation.

So God created man in His own image; in the image of God He created him; male and female He created them (Genesis 1:27).

Gender confusion is an attack of Satan to mar the Imago Dei. Black Lives Matter is complicit in this destruction.

Aside from its divisive nature, #BlackLivesMatter calls for violence and holds an insatiable desire for lawlessness, so Christians have deep, spiritual reasons to resist aligning with this movement, its founders, and their core convictions. Just a few of the movement’s “guiding principles” should provide plenty of evidence to Believers that aligning with such an ungodly ideology is at least troubling and at most diabolical. Christians can and should stand up against injustice, but we should absolutely refuse to stand behind a movement that vehemently opposes God and His righteous standards. There is absolutely no room for debate.

I can support working with people on a common cause, even when we disagree on secondary issues. However, when the primary issues are inextricably linked to secondary issues that also happen to be some of the greatest spiritual battles I fight, those issues cannot be ignored. But I would suggest that sexual revolution, gender confusion, and dismantling the family are not secondary issues for BLM; I believe they are equal to the movement’s well-televised “justice” work. These issues, however, could never garner the support and traction currently enjoyed by the movement if they were widely known. So, #BlackLivesMatter benefits from two epidemics in our culture today: ignorance and apathy.

This article was first posted on The Stand in February of 2016. The resurgence of BLMr prompted its reposting.