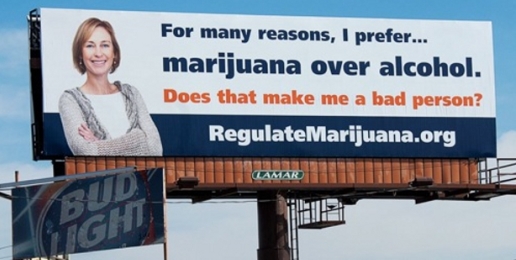 The most dangerous side of legal pot is Big Marijuana, say foes of the referenda in five American states on election day. To see what’s coming down the pike, consider what happened to Colorado’s ballot initiative 139.

Marijuana is already legal in Colorado. In 2000 voters supported Amendment 20 to the state constitution permitting people to cultivate a few marijuana plants for medicinal use. In 2012, they supported Amendment 64 legalizing private cultivation and retail sales for recreational use.

The results have not been positive.

Although supporters of recreational pot had the gall to argue that legalization would lead to decreased use by teenagers, regular use of marijuana among children between 12 and 17 has been above the national average and is rising faster than the national average.

“The criminals are still selling on the black market. … We have plenty of cartel activity in Colorado (and) plenty of illegal activity that has not decreased at all.”

Homelessness has surged by 50 percent from the time recreational pot was legalized. Surveys at Denver shelters estimate that about 20 to 30 percent of newcomers  have moved to Colorado so that they can have easy access to the drug.

Edibles – cookies, lollopops, sodas, cupcakes and the like — now make up at least half of the Colorado marijuana market. They often contain 3 to 20 times the concentration of THC, the main drug in marijuana, which is recommended for intoxication. Unsurprisingly, there have been several deaths related to marijuana edibles since legalization.

So people disturbed by such trends started lobbying for mild restrictions. Ballot initiative 139 would have imposed a few conditions on retail sales such as child-resistant packaging, product health warnings, and keeping THC potency to 16 percent (its natural concentration in cannabis is 0.2 to 0.5 percent).

It sued to keep ballot initiative 139 off the ballot. When it lost that court battle, it paid signature-gathering companies to refuse business from supporters of 139. In a blistering editorial, a Pulitzer Prize-winning newspaper, The Gazette, based in Colorado Springs, declared that “Big Marijuana is officially corrupt”:

When Colorado voters legalized marijuana, they meant well. They wanted a safe trade, regulated like alcohol. They ended up with a system of, by and for Big Marijuana. It is a racket in which the will of voters gets quashed before votes are cast. Any doubt about Big Marijuana’s disregard for Colorado’s desire for good regulation will disappear with a new revelation: the industry bought away the public’s chance to vote.

As the lobby group Smart Approaches to Marijuana says, “This is not about mom-and-pop pot stores; it’s about, in the words of one ‘Ganjapreneur,’ creating ‘the Wal-Mart of Marijuana’.”

The financial potential is enormous. (Even MercatorNet is receiving email invitations to invest in the marijuana industry.) In Colorado alone, legal sales of medical and recreational pot last year amounted to US$996.2 million. This generated $135 million in state taxes, which creates a government interest in keeping the business alive and healthy.

“The narrative of the marijuana industry has been ‘don’t meddle with our business, because the voters have spoken and the will of the voters is sacred. This is a democracy.’ Then we have a genuine democratic effort to improve recreational marijuana regulation, and the industry shuts down democracy with big money and a bag of dirty tricks.”

Michael Cook is editor of MercatorNet.   This article was originally posted at Mercatornet.com

TV advertising for marijuana is banned because of Federal regulations. This video ad early went to air last year in Colorado. Produced by Cannabrand, a marijuana marketing company, and Neos, a manufacturer of refined cannabis-infused vaporization pens, the ad focused on lifestyle rather than getting high.