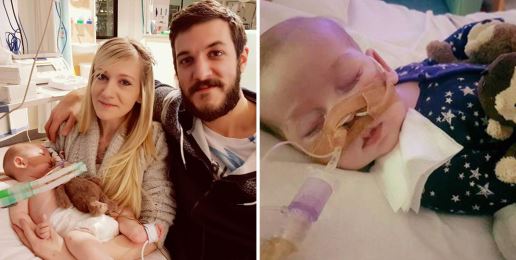 In a fluid and volatile story, the London hospital that has been caring for 11-month-old British baby Charlie Gard decided last Friday to reconsider its decision to remove his ventilator while it reviews “new evidence” about the possible effects of an experimental treatment available in the United States. As of this writing, little Charlie is alive. How long he remains alive is yet in the hands—not of his parents, Connie Yates and Chris Gard, who are suffering with him—but in the hands of British doctors aided and abetted by judges who neither love nor suffer with Charlie as his parents do.

As people throughout the world now know, little Charlie was born with a rare genetic disease the symptoms of which first manifested a month after he was born. Charlie is now blind and deaf. He cannot breathe or move on his own. He has permanent brain damage and suffers from seizures.

Charlie has one of the rarest and most severe types of mitochondrial disease: mitochondrial DNA depletion syndrome. Though his disease is incurable, there has been hope over the past 10 months that an experimental treatment called “nucleoside bypass therapy” could alleviate some symptoms and extend his life.

With this sliver of hope, his parents set up a crowd-funding page in January of 2017 that has now raised $1.7 million. Many, perhaps most, medical experts believe that Charlie’s condition has so deteriorated that whatever possibility there may have been for the experimental treatment to work no longer exists. Julian Savulescu, philosopher and bioethicist at the University of Oxford, explained that “Charlie Gard should have been allowed to go to the US for experimental treatment back in April (or better January when it was first considered), not because he would have been cured but just because we couldn’t then be confident his life would have been ‘intolerable’, or not worth living.”

One of the attorney’s arguing for the hospital cited an earlier case in which a judge declared that a child’s ventilator could be removed against his mother’s wishes:

[E]ven if his life were completely pain-free, I would come to the conclusion that there is no measurable benefit to him to continue in his present condition and it is simply inhumane to permit it to continue.

Not only did the court’s decision to prohibit Charlie’s parents from taking him to America have nothing to do with limited public resources, but, as revealed in this statement, it also had nothing to do with an assessment of Charlie’s physical pain. The court’s decision was based on the assessment of judges about what constitutes a life worth living.

The Independent quotes an unnamed medical expert who shares how weighty and painful a decision it is for medical staff to unplug terminally ill children: “When a decision to withdraw life support is made for a baby this is not taken lightly and there are often tears in the medical and nursing staff looking after such a baby.”

As the mother of a critical care nurse, I don’t doubt the truth of that statement. But neither the seriousness with which medical staff take such a moment, nor the grief they feel justifies the usurpation of Charlie’s parents’ right to use their own funds to try to improve or extend the life of their child. And no amount of tears from medical staff can possibly equal the tears Charlie’s family has and will shed. What this hospital has done is increase the suffering of Charlie’s parents.

The potential efficacy of the experimental treatment to alleviate Charlie’s symptoms or prolong his life is not the central ethical issue in this heartrending story. The central issue is who gets to decide what treatments Charlie will receive. That Charlie’s inarguably loving and devoted parents have had their rights usurped by the British government should warn all people who enjoy freedom that oppressive, tyrannical governments take many forms.

Ruth Graham writing for “progressive” Slate Magazine frets that cuts to government funding of health care, including Medicaid, make deaths like Charlie’s more likely. Many others fear that nationalized health care poses greater risks. No government can afford to provide all medical treatments—conventional and experimental—to all people. Even in countries with socialized medicine, there are limited resources.

What Charlie’s terrible plight illuminates is how profoundly intrusive, presumptuous, and proprietary the government becomes when health care is nationalized. The British government is not merely deciding which treatments British hospitals will provide, but what treatments British citizens can pursue for their own children at their own expense.

Charlie’s parents are not asking for British doctors or hospitals to treat Charlie. They’re not asking for government funds. Charlie’s parents have the resources to fund his treatment, and yet they are unable to do so because Big Brother has in effect kidnapped little Charlie to whom Big Brother has no relation. Charlie, who was knitted together in his mother’s womb, is now owned by the state.

Join us for a Saturday evening event in Medinah on September 30th for a special one time event with Ray Comfort!