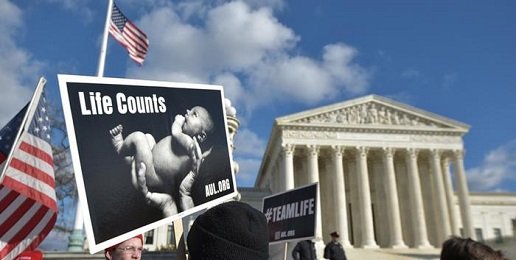 Roe v. Wade may have locked the “right” to abortion in American caselaw for the present future, but the courts have generally been respectful to medical professionals who wish to abstain from any affiliation with abortion. If doctors, nurses, or any other medical professional had moral objections to abortion, the state could not force them to participate. That is until the Ninth Circuit upheld the California FACT Act, a law which requires pro-life pregnancy centers to post disclosures encouraging women to seek abortion services elsewhere.

In November, the U.S. Supreme Court agreed to rule on the constitutionality of the FACT Act in NIFLA v. Becarra. The court will be faced with weighing the free speech rights of pro-life pregnancy centers with the state’s “interest” in promoting abortion access. Here is what you need to know.

Just the Facts on the FACT Act

Pro-life pregnancy centers are nonprofit organizations which provide pregnant women with free pregnancy services such as ultrasounds. Yet in the eyes of the abortion industry, these centers were using deceptive methods to persuade women not to abort their child such as citing studies about the negative health risks of abortion. The health risks of abortion to the mother have long been disputed in the medical community. Abortion advocates claim the studies cited by the pregnancy centers are debunked and are therefore misleading women to the detriment of their health. This led to legislative efforts to regulate the pro-life pregnancy centers’ speech.

The California Reproductive Freedom, Accountability, Comprehensive Care, and Transparency Act (FACT) Act requires licensed pregnancy centers to post a disclosure saying that the state offers free or low-cost abortion services. The disclosure includes a phone number for a county office that refers women to abortion clinics. The law also forces unlicensed pregnancy centers to add large disclosures about their non-medical status in all advertisements, even if they provide no medical services.

The harm to the pregnancy centers free speech is evident. The mission of these centers is to advocate for the life of unborn, but they are now being forced to advertise for the abortion industry. However, California argues that the burden on speech is necessary to protect women’s health because women need to know where low-cost abortion services can be obtained.

In NIFLA, the U.S. Supreme Court must determine whether to apply strict or intermediate scrutiny to the FACT Act. Strict scrutiny is the heaviest test available and means the law is only constitutional if it advances a compelling government interest and is narrowly tailored to meet that interest. This is a very heavy burden for the government to meet and as such, laws under strict scrutiny are nearly always struck down.

However, if every speech regulation were struck down, it would leave government incapable of ensuring basic health and safety precautions in everyday life. For example, there are laws requiring food products to place the ingredients on the label. Thus, for certain types of speech laws, particularly in commercial or professional settings, courts use a weaker test known as intermediate scrutiny. Under this test, the government must only have an important (as opposed to compelling) interest and be no more intrusive than necessary (as opposed to narrowly tailored).

In NIFLA, the challenging pregnancy centers contend the FACT Act should receive strict scrutiny analysis. They argue the disclosure’s message is ideological in nature since abortion is one of the most controversial political, religious, and ethical issues in the nation. Should the government be compelling private individuals to express the government’s message on abortion unless absolutely necessary?

On the other, California argues the weaker standard of scrutiny applies, since these centers are offering medical services and influencing women’s health decisions. Thus, they are within the purview of the state’s regulatory interest to protect health and safety.

Even if the court goes with California’s arguments and uses intermediate scrutiny, the battle is not lost for the pregnancy centers. The FACT Act still must pass intermediate scrutiny. The state must still prove the FACT Act is no more intrusive than necessary to advance the state’s interests in ensuring pregnant women are aware of the availability of abortion services. The pregnancy centers argue that the state could pursue its interests in many other ways such as simply advertise abortion services in government buildings as opposed to using a private organization to speak its message.

The Risk to the Pro-Life Informed Consent Laws

A broad court ruling in favor of the crisis pregnancy centers may prove to be a double-edged sword for the pro-life cause. One pro-life legislative initiative that may be harmed is informed consent laws. These laws require abortion doctors to discuss with the mothers information about the baby’s development, health risks of abortion, and even displaying and describing an ultrasound of the baby. Informed consent laws often aim to persuade women to forgo abortion and choose life for their unborn baby.

If the U.S. Supreme Court were to give a resounding victory for the speech rights of the pregnancy centers in NIFLA v Becerra, it may mean the same rights go for all medical professionals including abortion doctors. It would then open constitutional questions on whether informed consent laws violate the abortion doctors’ free speech rights.

The court could, however, draw a line between the FACT Act and informed consent laws. The court could say the state’s interest in regulating an invasive procedure like abortion is stronger than the interest of informing women where they can obtain abortion. The Court could also draw a distinction by deferring to the court precedent in Planned Parenthood v. Casey which upheld an informed consent law.

NIFLA’s Impact on the Illinois Healthcare Right of Conscience Act.

The U.S. Supreme Court’s ruling will not just affect pro-life pregnancy centers and abortion doctors, it could affect a wide range of laws, including the Illinois Healthcare Right of Conscience Act.

Before 2016, the Act protected medical professionals from liability if they refused to participate in procedures they had conscientious objections to like abortion. However, due to the passage of SB 1564, the Act now requires medical professionals who have moral projections, to either transfer, refer, or give written information on where to obtain the procedure if asked by a patient.

This is a heavy burden on the free speech rights of medical professionals. Fortunately, the Act was stayed by preliminary injunctions in both state and Federals courts for its violation on free speech. Yet, the future of the Act’s new provisions is heavily dependent on how the U.S. Supreme Court rules on free speech in NIFLA v. Becerra. If the FACT is struck down, SB 1564 is sure to follow.

However, even if the FACT is upheld, SB 1564 may still be unconstitutional. SB 1564’s compelled speech is substantially more burdensome than the FACT Act since it requires the doctors to verbally speak as opposed just posting a disclosure on the wall.

The U.S. Supreme Court has yet to schedule oral arguments for NIFLA, but the decision can be expected to come down at the end of the court’s term in June. 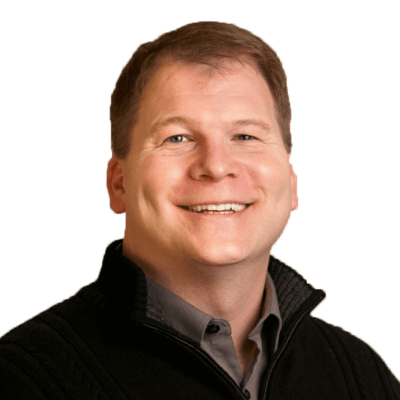 We are excited about our annual Worldview Conference featuring well-know apologist John Stonestreet on Sat., Feb. 10, 2017 at Medinah Baptist Church. Mr. Stonestreet is s a dynamic speaker and the award-winning author of “Making Sense of Your World” and his newest offer: “A Practical Guide to Culture.”

Andrew Willis
Andrew is a Chicago-based attorney, working in corporate and wealth-planning matters. He graduated with honors from the Chicago-Kent College of Law where he was here he served as an Executive Articles Editor for the Chicago-Kent Law Review, and was president of the Federalist Society and Christian Legal Society Student Chapters. He has litigated free speech and religious liberty cases in state and Federal courts, and is an Alliance Defending Freedom Allied Attorney....
Full bio and more from Andrew Willis
b
a
x
r