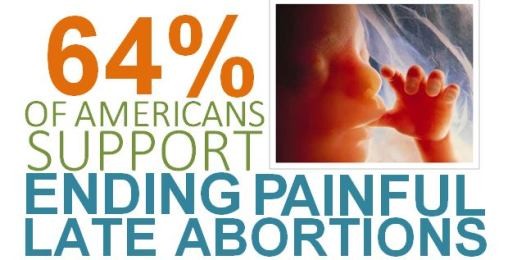 Republicans in the U.S. House of Representatives will hold a vote on or around the anniversary of the murder conviction of late-term abortionist Kermit Gosnell on a marquee bill to ban abortions after 20 weeks of pregnancy because unborn children feel intense pain in abortions. This is the second time Republicans have planned a vote on the major pro-life bill — and this vote is expected to take place this week, possibly Wednesday, the anniversary of Gosnell’s conviction.

“Life is precious and we must do everything we can to fight for it and protect it,” said McCarthy, a California Republican. “Our commitment for the House to consider this important legislation has been steadfast and I am proud of the work of our members to prepare this bill for House consideration next week.”

Take ACTION:  Click HERE to send a message to your U.S. Representative asking them to support H.R. 36, the Pain-Capable Unborn Child Protection Act.

You can also call the Capitol Switchboard to ask to be connected to your U.S. Representative’s office at (202) 224-3121.

In January, Congresswoman Renee Ellmers led the charge to sabotage the Pain Capable Unborn Child Protection Act — a move that ultimately forced Republicans to pull the bill from the House floor — because she disagreed with a requirement in the bill that rape be reported to a law enforcement agency before an abortion is performed for rape.

Republican leaders in the U.S. House had planned to hold a monumental vote on the anniversary of Roe v. Wade in January on the Pain Capable Unborn Child Protection Act, legislation that bans abortions after 20 weeks based in part on the compelling scientific evidence showing unborn babies feel intense pain at that point, if not earlier.

However, several Republicans who have pro-life voting records and voted for the bill the last time around, publicly led by Rep. Renee Ellmers, sabotaged the bill by objecting to the provision allowing abortions in cases of rape or incest only if the rape were reported to law enforcement. Ellmers and the lawmakers who worked with her, threatened to vote against the bill or kill it by siding with Democrats to kill it. Although Ellmers publicly indicated she would vote for the bill, privately she painted another picture and she and other members forced House Republican leaders to pull the bill and rework the language.

After months of wrangling over language, with Ellmers and some other members of Congress siding with her for language that was a more expansive rape exception, House Republicans have finalized the language of the bill in a way that has the support of Ellmers and her colleagues, the backing of pro-life groups and in a manner that should result in a strong pro-life vote that paves the way for Senate consideration.

According to pro-life sources who spoke with LifeNews, the rape exception language will be airtight by requiring some sort of documented medical treatment or counseling 48 hours prior to the abortion (so hopefully the mother has a further chance to weigh abortion alternatives). In addition, such treatment or counseling must be provided by physicians or counselors that are outside of the abortion industry. In cases of rape or incest of a minor, the abuse must first be reported to either social service or law enforcement.

As pro-life sources have informed LifeNews, other new provisions of the bill that strengthen in include a born-alive infant protection requirement that requires a second doctor be present and prepared to provide  care to the child if he or she is born alive and that the child must receive the same level of care as would any other premature infant. The baby must then be transported and admitted to a hospital.  The woman is also empowered with a right to sue if the law is not followed, and is provided with an informed consent form that notifies her of the age of her baby and the requirements under the law.

Abortionists are explicitly required to follow state mandatory reporting laws and state parental involvement laws.  Finally, abortionists are required to report any late abortions done under the exceptions to the Center for Disease Control and such data will be compiled into an annual public report to ensure accountability.

Top pro-life advocates are strongly supporting the final version of the bill up for a vote next week, according to the Weekly Standard. Two major pro-life groups have already signed off on the revised bill.

“We will have even stronger support than we did in the last Congress,” said Rep. Chris Smith of New Jersey, a leading pro-life advocate in the House. “It will be good to have a truly unified pro-life conference.”

“We are thankful to our pro-life allies on the Hill, including House GOP leadership and the Congressional Pro-Life Women’s Caucus, who have tirelessly worked to bring this bill to a vote,” said Marjorie Dannenfelser, president of the Susan B. Anthony List. “This process has yielded a strong bill which we expect to pass next week with enthusiastic bipartisan support.”

Sponsoring Congressman Trent Franks of Arizona says the bill has the potential to save thousands of babies from abortion.

In a statement, Franks told LifeNews: “More than 18,000 ‘very late term’ abortions are performed every year on perfectly healthy unborn babies in America. These are innocent and defenseless children who can not only feel pain, but who can survive outside of the womb in most cases, and who are torturously killed without even basic anesthesia.   Many of them cry and scream as they die, but because it is amniotic fluid going over their vocal cords instead of air, we don’t hear them.”

“The Franks-Blackburn bill is based on the NRLC model legislation that has been enacted in 10 states, and it reflects a policy that is broadly supported in national public opinion polls.  In the new Congress, every member of the House and Senate will go on record on whether to permit the continued killing of pain-capable unborn children, in the sixth month and later,” he told LifeNews.

A national poll by The Polling Company found that, after being informed that there is scientific evidence that unborn children are capable of feeling pain at least by 20 weeks, 64% would support a law banning abortion after 20 weeks, unless the mother’s life was in danger.   Only 30% said they would oppose such a law.

A November 2014 poll from Quinnipiac found that 60 percent of Americans support legislation limiting abortions after 20 weeks, including 56 percent of Independents and 46 percent of Democrats.

During the hearing on the 20-week ban when the U.S. House approved it previously, former abortion practitioner Anthony Levatino told members of the committee the gruesome details of his former abortion practice and how he became pro-life following the tragic automobile accident of his child.

Another bombshell dropped during the hearing came from Dr. Maureen Condic, who is Associate Professor of Neurobiology and Adjunct Professor of Pediatrics at the University of Utah School of Medicine. She testified that the unborn child is capable of reacting to pain as early as 8-10 weeks. This is when most abortions in America take place. 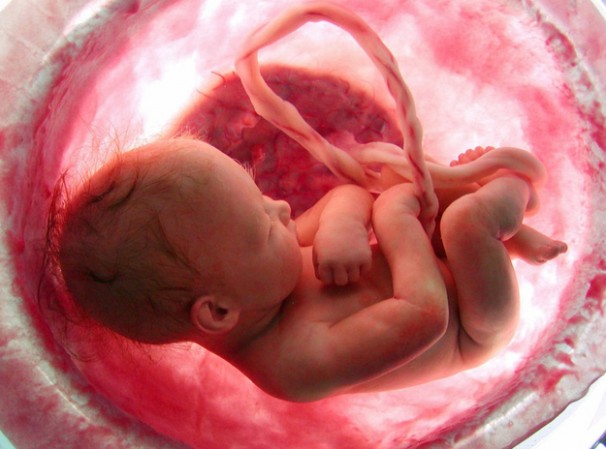 The bill relies on the science of fetal pain to establish a Constitutional reason for Congress to ban abortions late in pregnancy. The science behind the concept of fetal pain is fully established and Dr. Steven Zielinski, an internal medicine physician from Oregon, is one of the leading researchers into it. He first published reports in the 1980s to validate research showing evidence for it.

He has testified before Congress that an unborn child could feel pain at “eight-and-a-half weeks and possibly earlier” and that a baby before birth “under the right circumstances, is capable of crying.”

He and his colleagues Dr. Vincent J. Collins and Thomas J. Marzen were the top researchers to point to fetal pain decades ago. Collins, before his death, was Professor of Anesthesiology at Northwestern University and the University of Illinois and author of Principles of Anesthesiology, one of the leading medical texts on the control of pain.

“The functioning neurological structures necessary to suffer pain are developed early in a child’s development in the womb,” they wrote.

“Functioning neurological structures necessary for pain sensation are in place as early as 8 weeks, but certainly by 13 1/2 weeks of gestation. Sensory nerves, including nociceptors, reach the skin of the fetus before the 9th week of gestation. The first detectable brain activity occurs in the thalamus between the 8th and 10th weeks. The movement of electrical impulses through the neural fibers and spinal column takes place between 8 and 9 weeks gestation. By 13 1/2 weeks, the entire sensory nervous system functions as a whole in all parts of the body,” they continued.

With Zielinski and his colleagues the first to provide the scientific basis for the concept of fetal pain, Dr. Kanwaljeet Anand has provided further research to substantiate their work.

One leading expert in the field of fetal pain, Dr. Kanwaljeet S. Anand at the University of Tennessee, stated in his expert report commissioned by the U.S. Department of Justice, “It is my opinion that the human fetus possesses the ability to experience pain from 20 weeks of gestation, if not earlier, and the pain perceived by a fetus is possibly more intense than that perceived by term newborns or older children.”

“The neural pathways are present for pain to be experienced quite early by unborn babies,” explains Steven Calvin, M.D., perinatologist, chair of the Program in Human Rights Medicine, University of Minnesota, where he teaches obstetrics.

Dr. Colleen A. Malloy, Assistant Professor, Division of Neonatology at Northwestern University in her testimony before the House Judiciary Committee in May 2012 said, “[w]hen we speak of infants at 22 weeks LMP [Note: this is 20 weeks post fertilization], for example, we no longer have to rely solely on inferences or ultrasound imagery, because such premature patients are kicking, moving, reacting, and developing right before our eyes in the Neonatal Intensive Care Unit.”

“In today’s medical arena, we resuscitate patients at this age and are able to witness their ex-utero growth and development. Medical advancement and technology have enabled us to improve our ability to care for these infants…In fact, standard of care for neonatal intensive care units requires attention to and treatment of neonatal pain,” Dr. Malloy testified. She continued, “[t]hus, the difference between fetal and neonatal pain is simply the locale in which the pain occurs. The receiver’s experience of the pain is the same. I could never imagine subjecting my tiny patients to horrific procedures such as those that involve limb detachment or cardiac injection.”

This article was originally posted at the LifeNews.com website.

U.S. House Will Vote Soon on Bill Banning Abortions After 20 Weeks
b
a
x
r