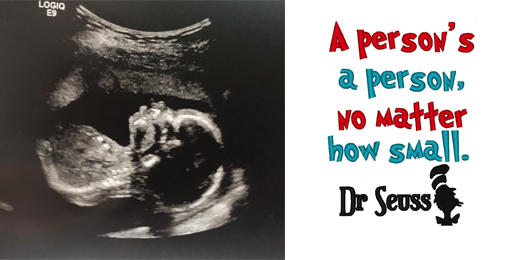 It is an unfortunate fact that very few Americans today are familiar with the principles of common law. If they are familiar with it at all, many assume it to be something akin to the fact that if you live together unmarried for 7 years, you are considered to be legally married. In other words, the idea of law that is unwritten yet practiced.  In truth, there is much more to it than that.  Central to common law is the idea that law can be discovered but not made. This is grounded in the principle of “higher law – the concept that there is a law higher than any government’s law.

Richard Maybury is widely regarded as one of the top free-market writers in America and is the author of the “Uncle Eric” series of books which introduces young people to the principles on which our country’s legal and economic system was founded. His book Whatever Happened to Justice has some profound things to say about common law and its connection to the abortion issue.  Quoted in Mayberry’s book is Terry Eastland who reiterates the concept: “Up until the 1930’s the idea was understood that a judge is merely an interpreter of established law.” Law is found by judges, not made.

And the criteria for “finding” this law are the two common law principles of “do all you have agreed to do” and “do not encroach on other persons or their property.” Common law principles were at the heart of what corrected the atrocity of slavery where human beings were being regarded as property. Through the process of “discovering, not making” law, the truth was found “all are created equal,” “all are persons,” and “all should have equal protection under the law.”

Likewise, at the heart of the abortion debate is the definition of the word “person.” What is a person? Is it connected to– intelligence? A beating heart? Two cells that have fused and begun to be “formed in a woman’s inward parts?” These questions deserve discussion and answers within the context of higher law. And while higher law has a connection with religion and truth, those answers aren’t religious issues; they are human issues. I can be an atheist and understand the truth of personhood–the reality that  “humans are not property,” that “persons” have a right to life.

The beauty of common law is it allows for the debate for finding truth, for finding higher law and ensuring it forms the basis of actual law. But now we are in danger of political law, or made-up law, taking over when so much is at stake. For central to the abortion debate, and erroneously so, is the idea that mere men and women can make up law.

It explains why legislators such as U.S. Senator Elizabeth Warren are ranting and raving and losing their minds screaming “the majority of Americans don’t want Roe Vs. Wade overturned,” revealing their view that the decision should be made by what most people want rather than by what is right. The essential question is not, “Do the majority of Americans want Roe Vs. Wade to stand; the essential question is   “What says Higher Law?”

This is where the Nuremberg Trials come in. While the German people originally recognized the killing of any innocent life as murder, political law–made-up law–crept in. Political leaders, with the cooperation of judges, slowly changed the law. Legalizing the killing of the mentally incompetent and making their way to the killing of millions of Jews and those trying to rescue them.

They were killed by those following “the law.” Were the perpetrators right? Were they excused? Was “political law” vindicated? The Nuremberg Trials  answered with a resounding “NO!” Nazi defendants arguing they were “just following the law” were held accountable not to political law, but to higher law. Judges in the trial declared, “The fact that the defendant acted pursuant to order of his government or of a superior shall not free him from responsibility.”

The impact of that decision was three-fold: 1) there is a higher law than any government’s law; 2) we are all obliged to obey it; 3) and courts must seek out and enforce higher law. The “seeking out’ is what common law is all about. Rather than make up laws, law must be discovered through religious and philosophical principles.

In the current political realm, we are at a crossroads. Will the right to life for the unborn  be settled through a constitutional amendment? Will it be decided by majority rule?

The potential for the U.S. Supreme Court to overturn Roe Vs. Wade and send it back to the states where it belongs is a hopeful first step. But, it mustn’t end there. Once back in the states, the issue must be searched out, questioned, and explored. The definition of personhood must be determined. The principles of higher law must be applied. It MUST not be left in the hands of “majority rule.”

In the words of Richard Maybury, if majority rule decides the abortion issue:

“The right to life, yours, mine, and everybody else’s will be regarded not as a given, not as a gift from the Creator, but as a gift from the voters. And the voters can change their minds. The victory of political law will be complete. Nuremberg will be gone, and no one’s life will be safe. Our legal system will be sitting squarely on the same foundation as Nazi Germany.”

The Ongoing Attacks Against Pro-Lifers