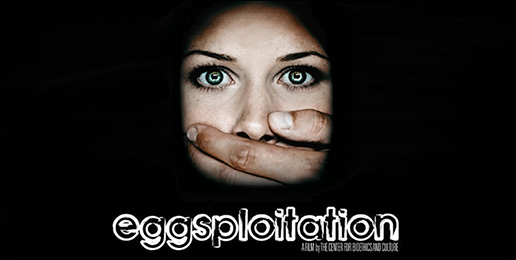 In my recent article on the effects of same-sex “marriage,” I mentioned Alana Newman, a young woman who was the product of an anonymous sperm donation. She is the founder of the Anonymous Us Project, the goal of which is “to share the experiences of voluntary and involuntary participants in these new reproductive technologies, while preserving the dignity and privacy for story-tellers and their loved ones. All stories are contributed anonymously because ‘anonymity in reproduction hides the truth, but anonymity in story-telling helps reveal the truth.’”

Newman has just written yet another compelling piece for Public Discourse that exposes the little discussed issue of the damaging effects on young women who donate eggs to infertile couples, single adults, and naturally sterile homosexual couples who desire the blessings of marital union. She touches on the exploitative nature of this practice that preys on the economic vulnerability of young women and exposes them to potentially devastating health consequences, all in the service of the commodification of human beings.

In her article, Newman recommends the documentary Eggsploitation, which exposes the infertility industry’s failure to inform young women of the serious health risks that egg donation poses and tells the heartbreaking stories of young women who have been victimized by this industry. This film is receiving accolades from both sides of the political aisle. Both liberal feminists and conservative women are united in their opposition to this form of victimization.

Adults are not entitled to children. Children are not commodities to be bought and sold. And we must stop using the pain of infertility and altruism to rationalize the commodification of children and the exploitation of women.