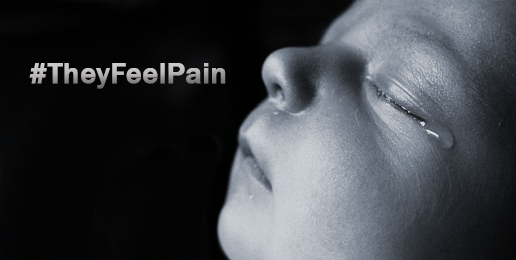 Every year in America, more than 18,000 perfectly healthy babies – developed enough to feel pain and, in many cases, survive outside the womb – are brutally killed in their mother’s wombs.

Can you imagine the public outrage if 18,000 babies died every year from faulty baby formula or substandard infant car seats? Liability lawsuits would flood the court systems and manufacturing companies would shutdown in bankruptcy and disgrace.

These particular 18,000 babies have been growing for 20 weeks or more in their mother’s bodies.

“These are innocent and defenseless children who can not only feel pain, but who can survive outside of the womb in most cases, and who are torturously killed without even basic anesthesia. Many of them cry and scream as they die, but because it is amniotic fluid going over their vocal cords instead of air, we don’t hear them, ” U.S. Representative Trent Franks of Arizona told LifeSite News this week.

Next Wednesday, 42 years after the U.S. Supreme Court’s Roe vs Wade decision legalizing abortions for any reason up to the moment of birth, Franks and U.S. Representative Marsha Blackburn (R-TN) will ask their Congressional colleagues in the U.S. House to vote on H.R. 36 – a federal measure to protect those 18,000 innocents from painful, violent deaths.

Franks and Blackburn expect to be joined by nearly 180 other House members who will co-sponsor the measure.

Abortion defenders are holding the line against any restrictions whatsoever.  They deny the medical studies showing 20 week old preborn babies can feel pain.

“The studies are pretty clear — at 20 weeks, there is no indication that nerves are developed. Abortion is really rare past 20 weeks and is incurred because of a set of complex circumstances,” Jamila Perritt, MD, medical director of Planned Parenthood of Metro Washington, D.C., said at a press conference this week.

In response, numerous brain and nerve activity experts cite the need for prenatal surgeons to anesthetize their patients during in utero surgical procedures.

“To experience pain an intact system of pain transmission from the peripheral receptor to the cerebral cortex must be available. Peripheral receptors develop from the seventh gestational week,” Marc Van de Velde and Frederik De Buck wrote in, “Fetal and Maternal Analgesia/Anesthesia for Fetal Procedures”:

Numerous other doctors have filled in about prenatal infants’ pain capability and made their testimony available at www.doctorsonfetalpain.com.

Medical science is convincing the American public that preborn babies can indeed feel pain. In a March 2013 survey by The Polling Company, 64 percent of 1003 registered voters said they would support a law such as the Pain-Capable Unborn Child Protection Act prohibiting abortion after 20 weeks — when an unborn baby can feel pain — unless the life of the mother is in danger. Less than a third opposed such legislation.

It’s very likely Franks and Blackburn’s H.R. 36 will pass the U.S. House as the nation remembers the U.S. Supreme Court’s Roe vs Wade decision.  It could also pass the U.S. Senate in the days after.

However, Congress.gov says the measure has less than a five percent chance to be implemented because it’s unlikely President Barack Obama, who hailed the practice of Partial Birth Abortion, would ever sign abortion restrictions into law.

And what about the chances of overriding an Obama veto?

“I’m told there is no way there are 60 votes to override a veto in the Senate,” said nationally-popular prolife blogger Jill Stanek.

So why try to so hard pass legislation that won’t become law?

“We just keep pushing, educating, making a big deal out of the humanity of preborn babies and pain,” Stanek said. “This will be similar to when [former President Bill] Clinton vetoed the Partial Birth Abortion Ban twice.”

H.R. 36 prohibits an abortion from being performed if the pain-capable child is 20 weeks or more, except when a mother’s life is endangered, or the pregnancy is the result of reported rape or incest.

How can anyone oppose saving those 18,000 innocent babies’ lives and protecting them from potential inhumane pain and suffering?

On the other hand, perhaps we should ask ourselves how we could ever explain to future generations how we didn’t even try.

If you live outside of Illinois, Click HERE to send an email through the National Right To Life Committee’s web site.

DC Audit: Taxpayers Paying for Abortions
b
a
x
r