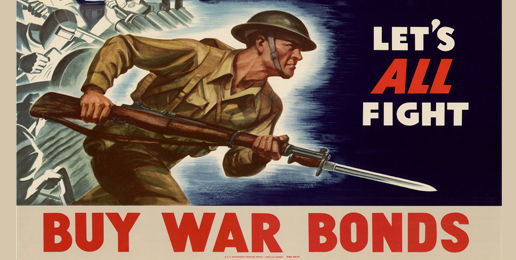 A recent development within the pro-life movement has both a heartening and disheartening aspect. I am talking about the rise of the “abolish human abortion now” sentiment. This in one sense is the whole point of being pro-life, and so a clear reaffirmation of the entire raison d’être is always welcome. The other side of it, the disheartening part, is the tendency among some of these “abolitionists” to denounce any pro-life incrementalists as being, by definition, temporizers, vacillators, or compromisers.

So let me begin by granting part of the point, and then offering for your consideration a scenario that is going to upon us relatively soon—a scenario that will identify the plain difference between principled incrementalists and those who are simply using pro-life language as a shield to hide behind. I should say from the outset that I don’t like the name abolitionist because it is too closely associated in my mind with characters like John Brown, a murderous thug. Paul Hill, the man who shot an abortion doctor in Florida years ago, wanted to become the John Brown of the pro-life movement, and I am afraid there are others who might share that desire now. That is not the way to go.

So there are politicians who campaign on a pro-life platform, and who buckle in the face of fierce resistance when a real opportunity arises to turn the tide. Yes. There is such a thing as cowardice, and there is such a thing as hidden sympathies with the other side. That is a problem. And there might be pro-life groups who would be dismayed at the prospect of actual victory—victory might damage the fund-raising prospects. Yes, it is a fallen world, and that kind of thing might well happen. A manufacturer of fighter planes might look forward to peace with no little dismay.

And there might be abolitionists who denounce all previous pro-life efforts as worthless because they did not succeed in attaining the object, which is the abolition of human abortion now. But there is an active pro-life movement in America, numbering in the millions. This is not the case elsewhere in the Western world, and it should not be taken for granted. The movement here has been robust enough and big enough to develop a hardline right wing.

A conscientious abolitionist might grant the distinction I am making, but still be impatient. How can we tell the difference between genuine incrementalism and slow surrender? Glad you asked, and it is almost upon us.

When Neil Gorsuch was nominated to the U.S. Supreme Court, there was a fight, naturally, but it was not the blood bath that the next one will be. Because it was a fight over maintaining the status quo, replacing a conservative with a conservative, it was possible for the Republican leadership to hold U.S. Senate Republicans together. This was possible because everything remained the same afterward. On the pro-life issue, nothing changed. The balance on the Supreme Court stayed the same.

But the next U.S. Supreme Court battle will probably be an appointment that will replace a liberal with a conservative. If a vacancy occurs because a liberal dies or steps down, and the president appoints someone like Gorsuch, then that battle will be over whether or not Roe will be overturned. It would alter the balance.

Now the overturning of Roe, were it to happen, would be a genuine incrementalist victory. Abortion would not become illegal in all fifty states. It would likely be greatly restricted in about 35 states. This would leave 15 states still willing to traffic in human misery. Because it would not be a complete victory, it would be an incrementalist victory. Pro-lifers could then turn their attention to those 15 states—because the final goal of abolishing human abortion has not changed.

This is because compromised Republicans would bail. For the purposes of this scenario, let us say that 5 of them abandoned the pretense of being pro-life, and voted not to confirm the one who would join the Court and bring down Roe. Those 5 would be the legitimate targets of abolitionist ire. The Republicans who voted to confirm a justice who would in fact overthrow Roe would be illegitimate targets of abolitionist ire. But the rhetoric after such a debacle would probably be directed against feckless “Republicans” generally, and not against the 5 who proved themselves feckless.

Now I want everyone to know that this is guaranteed to happen. If a conservative justice comes before the U.S. Senate, one who would enable us to repent of Roe, then you can rest assured that there will not be enough votes to confirm him. The desertions will be declared with fanfare and high-flying rhetoric, and the corrupt media will lionize the traitors for their courage. All that, right?

While I share the goal of abolishing human abortion, I do not like calling myself an abolitionist. I like to call it something more like smashmouth incrementalism. This is what that would look like. Overturning Roe is the way to go, I am convinced. But how?

The president nominates Kennedy’s replacement, say. Kennedy retired in the confidence that what I am saying is true—knowing that the machinery of our corrupt generation would destroy anyone who would seriously attempt to undo Roe. So the outcry begins immediately. The media discovers that “Smith” pushed somebody on the playground in junior high. He is temperamentally unsuited to this high office. The drumbeat of character assassination begins. The confirmation hearings are conducted. His overdue books from the library are produced. His wife’s dating habits in high school are minutely examined. And then, at the moment when maximum damage would be inflicted, the Republican “gang of five” announce that it is with the greatest reluctance that they cannot support the nominee. You could almost see the tears glistening in their eyes.

I believe that the president should not withdraw the nomination. Nor should he allow the vote to go forward. He should announce that he is “pausing” the nomination of Smith, which will be brought forward again in six months’ time. In the meantime, he invites the good people of Arizona, Alaska, Maine, etc. to investigate and act upon all their legal options when it comes to impeachment and/or recall elections. Some of the 5 might see the light right away.

And those who do not should prepare to face the wrath of worked-up incrementalists.

This article was originally posted at Blog & Mablog