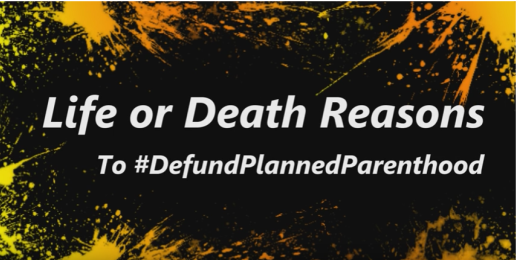 Not long ago we reminded people that scientific evidence proves that unborn babies feel pain when being aborted. As an extension of that question, we asked: In light of continuing federal funding of abortion (despite GOP promises to end it) — what do those 535 members of the United States Congress feel?

Below is a video that runs less than five minutes. We challenge you to not feel anything while watching it.

Operation Rescue has documented a total of 48 medical emergencies at Planned Parenthood abortion mills across America since January 2016 — twenty-one of which took place within the first five months of 2017.

Appropriately, one of the emergencies featured in this short video is from earlier this year at the “Margaret Sanger Planned Parenthood” in New York City.

The video is straightforward, featuring recordings of call after call from Planned Parenthood facilities to 911 for emergency medical assistance.

Call after call. The pain felt watching and listening to them is nothing compared to the pain felt by the babies. Or by the mothers who often suffer physically and emotionally following an abortion.

Early on the video documents the 59th documented emergency transport from a Planned Parenthood in St. Louis, Missouri. Spoiler alert: more from the same facility follow.

The next one is the 911 call from a mother finding her daughter dead in her home following an abortion at a Planned Parenthood facility in Kalamazoo, Michigan.

That call should put congressional budget bargaining in perspective. Will it?

Later a 911 call is heard regarding a patient that is hemorrhaging in a Planned Parenthood facility in Annapolis, Maryland.

The video is horrendous. But you need to watch it anyway.

Here is the video’s introduction on the YouTube page:

Every day, women are placed at risk of injury, hospitalization, and death at Planned Parenthood abortion facilities around the nation. Think that is hyperbole? Watch this video then contact your Congressmen and demand that they #DEFUNDPLANNEDPARENTHOOD NOW!

Murder Is not Healthcare