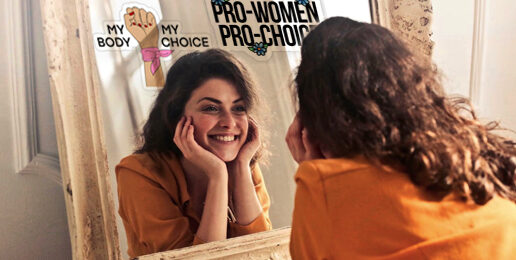 Self-Worship and the Slaughter of the Unborn
Written By Laurie Higgins   |   06.30.21
PRINT

In a 2020 interview with The Guardian, Fleetwood Mac singer Stevie Nicks revealed her over-inflated sense of the importance of Fleetwood Mac in her rationalization of the decision to end the life of her unborn child:

If I had not had that abortion, I’m pretty sure there would have been no Fleetwood Mac. There’s just no way that I could have had a child then, working as hard as we worked constantly. And there were a lot of drugs, I was doing a lot of drugs … I would have had to walk away. … And I knew that the music we were going to bring to the world was going to heal so many people’s hearts and make people so happy. And I thought: you know what? That’s really important. There’s not another band in the world that has two lead women singers, two lead women writers. That was my world’s mission.

In Nicks’ view, drug use and the music of Fleetwood Mac are of more value than the life of her child. Somehow the omniscient Nicks just knew that Fleetwood Mac’s music would “heal” more hearts and make more people “happy” than her child would have. In Nicks’ view her world mission depended on the intentional killing of her child.

Here are some questions for anyone nodding in agreement with Nicks’ self-absorbed, grandiose claims:

Nicks is not alone in her self-centered ignorance. Recently, the morally vacuous political animal and Catholic apostate U.S. House Speaker Nancy Pelosi (D-CA) was asked by a reporter,

Is an unborn baby at 15 weeks a human being?

Let me just say that I am a big supporter of Roe v. Wade. I am a mother of five children in six years. I think I have some standing on this issue as to respecting a woman’s right to choose.

Perhaps she could enlighten people as to why having given birth to five children in six years grants her some special standing to decide which humans can be slaughtered.

Since her viperish response didn’t answer the question, the intrepid reporter tried again. This time the always-humble public servant Pelosi ignored the question entirely. The arrogant and powerful assume the right to refuse to justify their words and actions—actions that potentially affect the lives and existence of millions of people.

When I was younger I had an abortion. It was the smartest decision I could’ve made, not only for myself & my boyfriend at the time, but also for this unborn fetus. … Having a baby at that time would have only perpetuated the cycle of poverty, chaos and dysfunction I was born into.

Kelly employs the classic and relentlessly employed fallacy of the false dichotomy. She implies there are only two choices: abortion or a life of poverty, chaos, and dysfunction. But there’s a third choice: adoption. Moreover, it’s grotesque to suggest that it’s better for a human to be dead than poor.

outlawing abortion has never stopped women from attempting it.

True, and outlawing murder, theft, and rape hasn’t stopped people from murdering, stealing, and raping either, so should we apply Kelly’s principle consistently?

Here are some surprising and relevant statistics from the pro-human slaughter Guttmacher Institute:

In 1930, abortion was listed as the official cause of death for almost 2,700 women. … The death toll had declined to just under 1,700 by 1940, and to just over 300 by 1950 (most likely because of the introduction of antibiotics in the 1940s, which permitted more effective treatment of the infections that frequently developed after illegal abortion). By 1965, the number of deaths due to illegal abortion had fallen to just under 200.

Compare those numbers of tragic accidental deaths to the intentional slaughter of 63,000,000 humans in the womb in the United States since 1973. Every one of the 200 accidental deaths of women in 1965 could have been prevented by those women not choosing to pursue the murder of their unborn children. The 63,000,000 humans intentionally slaughtered since 1973 had no choice about what was done to their bodies.

In discussing her decision to have the child she conceived with Warren Beatty in 1961 killed, actress Joan Collins demonstrated the worldly values that impel child sacrifice:

[Warren Beatty] didn’t have any money, I had nothing, and I believe if you are going to bring a child into the world that you have to have a responsibility to that child.

I’m so happy that [Collins’ daughter] Tara … was my first child, I love her dearly and it would not have been the same had I had another child.

Collins’ warped view of familial responsibility apparently includes killing members of impoverished families. (Never mind that Collins had appeared in 22 movies between 1952 and 1961; that in 1961 Warren Beatty starred in the award-winning, box office blockbuster Splendor in the Grass; and that his sister Shirley MacLaine had been a Hollywood star for six years. Maybe Collins was using the phrase “didn’t have any money” figuratively. Or maybe Hollywood actors aren’t good at sharing or helping loved ones in need.)

What kind of moral compass leads a woman to conclude that the best solution to presumed future poverty is having her child killed? What kind of person believes her love for her second child would have been diminished had she not had her first child killed?

Perhaps feminist icon Gloria Steinem’s reason for having an illegal abortion in 1956 when she was 22 best illustrates the self-worship that impels the human slaughter movement:

Like so many other cultural movements since the sexual revolution, the human-slaughter movement is shaped and impelled by self-worship and its necessary corollary, self-indulgence. Career aspirations, alleged lack of money, and a distorted understanding of love justify feticide for the selfish and self-absorbed.

Tragically, in our idolatrous culture, these are our “influencers.”