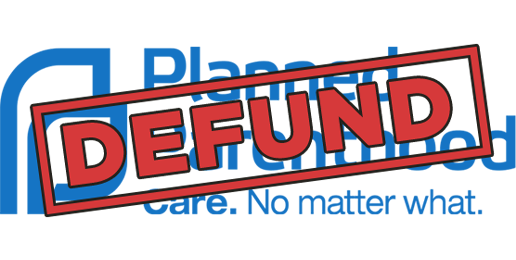 Heroism is usefully defined as an act of selflessness — sacrificing oneself for the life of another. Medal of Honor recipients perform acts of true heroism, often giving their life to save their brothers in arms.

But what is the opposite of heroism? What would you call an organization and its leader who brag about killing the most innocent among us and killing in a barbaric, painful manner for selfish reasons?

Planned Parenthood and its leader, Cecile Richards, are responsible for the murder of hundreds of thousands of babies annually and brag about just that.

Found within the Planned Parenthood Annual Report, a quote by President Cecile Richards:

We are here today to thank generations of organizers, troublemakers, and hell-raisers who formed secret sisterhoods, who opened Planned Parenthood health centers in their communities, and demanded the right to control their own bodies.

Breathtaking! Ms. Richards is proud of generations of “organizers, troublemakers, and hell-raisers who formed secret sisterhoods, who opened Planned Parenthood health centers in their communities, and demanded the right to control their own bodies.”

Of course women should have the right to protect and control their own body. But should not the innocent child in the womb have the same right to life written in our Declaration of Independence and admonished in the Bible?

We hold these truths to be self-evident, that all men are created equal, that they are endowed by their Creator with certain unalienable Rights, that among these are Life, Liberty and the pursuit of Happiness. (Declaration of Independence)

This day I call the heavens and the earth as witnesses against you that I have set before you life and death, blessings and curses. Now choose life, so that you and your children may live. (Deuteronomy 30)

Before I formed you in the womb I knew you. (Jeremiah 1:5a)

I will praise You, for I am fearfully and wonderfully made. (Psalm 139:14a)

Scripture is abundantly clear that we face a battle between death and life. Jesus said: “…I am the way, the truth, and the life. No one comes to the Father except through Me.” (John 14:6) We’re told to choose life.

But Cecile Richards boasts about her abortions and her agency that chooses death for millions of babies — over seven million, six hundred thousand unborn children murdered through Planned Parenthood alone since Roe v. Wade.

Richards wrote in a 2014 Elle column:

I had an abortion. It was the right decision for me and my husband, and it wasn’t a difficult decision. Before becoming president of Planned Parenthood eight years ago, I hadn’t really talked about it beyond family and close friends. But I’m here to say, when politicians argue and shout about abortion, they’re talking about me—and millions of other women around the country.

And in an Katie Couric interview Cecile expands:

It was a decision my husband and I made. It was a personal decision. And we have three children that we adore and that are the center of my life. And we decided that was as big as our family needed to be. It wasn’t anything more dramatic than that.

Let those words sink in.

“It was a decision my husband and I made.”

“And we have three children that we adore and that are the center of my life.”

“And we decided that was as big as our family needed to be. It wasn’t anything more dramatic than that. ”

And think about Richards comment “we have three children that we adore and that are the center of my life.” How must those children feel? They are only adored because they happened to be number one, two and three. Had they been number four or more, they would have been killed. That’s a pretty calloused and capricious selection process.

Further, Cecile and her husband, Kirk Adams (who was vice president of the Service Employees International Union, and is now executive director of the Healthcare Education Project in New York), made that choice — a married, power couple. There was no hardship and no threat to Cecile’s life. Just the virulently selfish decision to use abortion as birth control. By any other name that would be called wickedness.

Looking on page 31 of the Annual Report, we see the total abortions performed by Planned Parenthood in 2017:

That’s 321,384 babies whose lives were ended at Planned Parenthood abortion mills in 2017. Consider that taxpayers contribute $500 million per annum to that vile organization, and try not to lose your cool.

Richards deceitfully explains that federal tax dollars do not go toward abortions, but that’s a misleading argument. The government money received by Planned Parenthood is fungible and frees up their other resources to promote their abortion services, lobby state and federal lawmakers, pay rent and the electric bill among other things. The notion that taxpayer money does not fund their abortion services is a ruse.

We should review the inception of Planned Parenthood to understand the true nature of this organization. Most worthy entities have great beginnings, such as the Ivy League Schools which were founded as seminaries. Over the decades, the original intent has degraded and the universities transformed into centers of Progressive propaganda, in direct opposition to a Judeo-Christian worldview.

Unlike the Ivies, Planned Parenthood was founded by an evil eugenicist, Margaret Sanger. As I wrote in 2014:

And as noted in the 2016 article, “Planned Parenthood, An Unnecessary Evil“:

Planned Parenthood’s predecessor, The American Birth Control League, was founded by Nazi-inspiration Margaret Sanger, the godmother of modern eugenics, in 1921.

So, this behemoth baby-killing business had a nefarious founding and mission, and an anti-biblical, anti-Christ goal of convincing teenaged and older females to choose death rather than life.

And notice, the “other services” touted so frequently by abortion-lover Richards have been dwindling as the main cash crop — killing the unborn and then selling the baby body parts — has increased.

As written at the Daily Wire by Paul Bois:

Feminists love to throw out the “but Planned Parenthood provides other valuable services” line when discussing the organization’s lucrative war against the unborn in the practice of abortion.

It turns out, according to the organization’s 2016-17 Annual Report, those “other services” have been steadily dropping since 2008 while their abortions remain stable, making it PP’s most reliable revenue stream — other than the hundreds of millions of taxpayer dollars it receives from the government, of course.

Bottom line: Planned Parenthood is a vile organization that should be defunded and its president, Cecile Richards, should be out of a job.

Take ACTION:  Click HERE to send an email or fax to your U.S. lawmakers in the U.S. Senate and U.S. House of Representatives, urging them  to defund Planned Parenthood. Let them know that you strongly believe that businesses which profits from the wholesale killing of babies and the (illegal) selling of baby body parts should be shuttered and never receive another penny of taxpayer money.

More ACTION:  Please pray that our state and nation will repent from supporting this moral, political, and financial evil. Pray that your “pro-choice” family members, friends, and neighbors will finally understand that abortion is barbaric and indefensible in every situation — not just when tax dollars are being spent to support it. Pray that our state and nation will mourn the legalization of abortion, which has eradicated 60+ million innocent lives.

Spread the word! Ask your friends to speak out to their federal lawmakers also by forwarding this email or by posting it on Facebook and Twitter using the hashtag #DefundPP.

Be heroic! Take a strong stand in defense of the unborn! Join Illinois Family Institute in its battle to call for the complete defunding of tax dollars for Planned Parenthood!

Join thousands at March for Life Chicago 2018 as we come together from across Chicago, the Midwest and the U.S. to defend, protect and celebrate LIFE this Sunday at the Federal Plaza from 2 PM to 4 PM.  For more information, click HERE.

Our goal is to serve as a visual and vocal reminder that the people of Chicago and the Midwest stand for LIFE.  We come together to change perceptions in a society that thinks abortion is the answer. We call upon religious, civic and community leaders to renew every effort to build a nation and culture dedicated to protecting life at every stage and eliminating the violence of abortion. Our women, men, children and families deserve better than abortion!

Join us and choose life and blessing for our nation and the unborn!