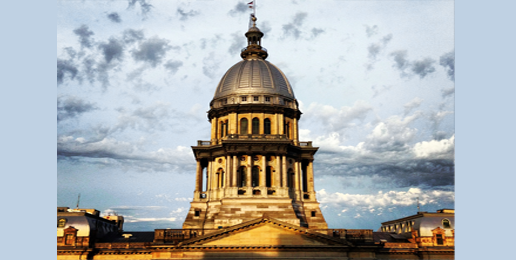 Leftists in our leftist-controlled state are seeking to amend the “Health Care Right of Conscience” law so as to deny the right of conscience of medical professionals who oppose feticide, artificial contraception, and certain end-of-life protocols that intentionally and prematurely end lives.

Senate Bill 1564 (SB 1564) has passed both houses in Springfield, and as soon as Illinois Senate President John Cullerton (D-Chicago) sends it to Governor Bruce Rauner, he will have 60 days to decide if he will sign it into law or veto it.

IFI is hearing the usual irrational arguments from leftists about choice and the inability of society to agree on when the “product of conception” becomes human and/or is entitled not to be exterminated. Leftists say that because there is no consensus about when the product of conception between two humans becomes a human and/or deserves protection, the government should allow each individual to decide for herself. Ironically, leftists believe that each individual doctor should be legally prohibited from making a similar decision and acting in accordance with that decision.

A rational society cannot rationally encode in law the proposition that the product of conception between two humans is at once human and not human or at once deserving of the right merely to exist and undeserving of the right merely to exist. When leftists proclaim that every woman should have the right to decide whether to end the life of the product of conception between two humans that is growing within her, they must have concluded either that the life being nourished is not human–which is objectively false–or that it is undeserving of protection. To say it matters not whether feticide is practiced or not makes them sound eerily like Stephen Douglas who said he didn’t care whether slavery was voted up or down.

Some years ago, Northwestern University law professor Andrew Koppelman expressed his desire that abortion be rare. If the growing things being nourished by women’s bodies are not human or are so devoid of personhood as to be undeserving of constitutional protection, why wish their destruction to be rare?

If, as the left claims, there is uncertainty about when the product of conception between two humans becomes human, how ghastly it is to err on the side that presumes it becomes a person at birth (or at some other arbitrary point) and then one day discover they were wrong.

As a thought experiment, imagine a law that compelled Americans in the antebellum South who knew that African Americans were humans equal in all respects to whites to facilitate slavery. Oh, wait, we don’t have to imagine it. With the Fugitive Slave Act of 1850, Democrats sought–as they are seeking now–to force Americans to violate their consciences in the service of a grievous moral injustice that denies a group of weak, vulnerable humans their dignity, their freedom, and their rights.

Until the day when Americans restore moral sanity to our legal and cultural landscape by recognizing that the unborn have a right to be protected from the merciless and lethal assaults of abortionists, our laws should at least protect the rights of those who cannot, will not, and should not be forced to facilitate evil.

Take ACTION:  Click HERE to send a message to Illinois Governor Rauner, urging him to uphold religious freedom and conscience rights for medical personnel in Illinois.  Ask him to veto SB 1564 and the tyranny it represents.