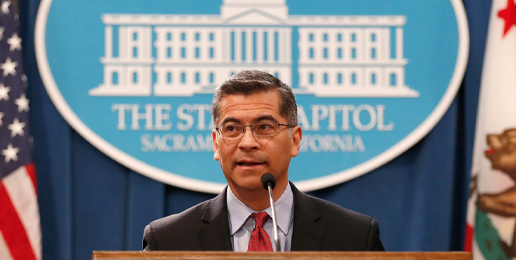 U.S. Code § 1531 which prohibits partial-birth abortions is the result of Congressional passage of the Partial-Birth Abortion Ban Act of 2003. The Act, “Amends the Federal criminal code to prohibit any physician or other individual from knowingly performing a partial-birth abortion, except when necessary to save the life of a mother whose life is endangered by a physical disorder, illness, or injury.

At the hearing, U.S. Representative Gus Bilirakis (R-FL) asked Becerra if he believed partial-birth abortions were illegal to which the HHS Secretary replied, “We will continue to make sure we follow the law. Again, with due respect, there is no medical term like partial-birth abortion and so I would probably have to ask you what you mean by that to describe what is allowed by the law. But Roe v. Wade is very clear, settled precedent and a woman has a right to make decisions about her reproductive health and we will make sure we enforce the law and protect those rights.”

The law defines “a ‘partial-birth abortion’ as an abortion in which the person performing the abortion: (1) deliberately and intentionally vaginally delivers a living fetus until, in the case of a head-first presentation, the entire fetal head is outside the mother’s body, or, in the case of a breech presentation, any part of the fetal trunk past the navel is outside the mother’s body; and (2) performs the overt act, other than completion of delivery, that kills the partially delivered living fetus.”

Next, Bilirakis asked Becerra if he agreed with the law banning partial-birth abortions.

Becerra responded, “Again, as I said there is no law that deals specifically with the term partial-birth abortion. We have clear precedent in the law on the rights that women have to reproductive health care.”

Marjorie Dannenfelser, president of Susan B. Anthony List (SBA List), decried Becerra’s duplicity in a media release. She stated, “During his confirmation hearings, Xavier Becerra dodged questions about his stance on partial-birth abortion – when an unborn child is partially delivered and then killed – deflecting with repeated claims that he would ‘follow the law’ as head of HHS. Now the top health official in America, Becerra outright denies the existence of a law banning partial-birth abortion since 2003.”

“Becerra can hardly plead ignorance on this topic,” the head of the national pro-life group pointed out. “As a freshman congressman, he voted against the ban. This shameless lie is standard for the most radical pro-abortion administration in history. It should not be hard to recognize that partially delivering a baby and then suctioning his or her brain is not only illegal, but utterly inhumane.”

The questioning Dannenfelser referred to came from U.S. Senator Mitt Romney (R-UT) regarding the vote Becerra cast while a Democrat representative from California, prior to serving as the state’s attorney general.

To which Becerra indirectly replied, “I understand that people have different deeply held beliefs on this issue and I respect that. As Attorney General my job has been to follow the law and make sure that others are following the law. … I understand that we may not always agree on where to go, but I think we can find some common ground on these issues because everyone wants to make sure that if you have an opportunity, you’re gonna have a healthy life.”

According to Dannenfelser, a related Act is being blocked by Democrats in the U.S. House and U.S. Senate. In April, U.S. Representative Kat Cammack (R-FL) filed a discharge petition demanding a vote on the Born-Alive Abortion Survivors Protection Act (H.R. 619). However, if 218 representatives sign the discharge petition, it would force a vote in the Democrat-controlled House.

“The bill would ensure that babies born alive during failed abortions receive the same medical care that would be afforded a premature infant born at the same age,” she noted.

Did President Trump Make False Claims About Infanticide?
b
a
x
r