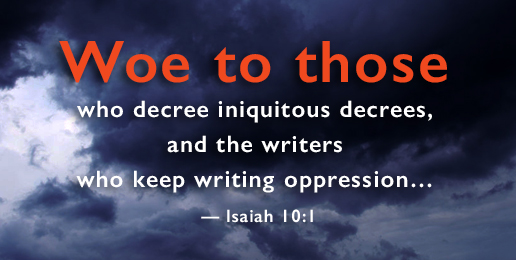 Despite a full-court press by IFI and many Illinois pro-life groups–including dozens of pregnancy resource centers (PRCs)–Governor Bruce Rauner chose to sign legislation (late Friday afternoon) that will result in our state government requiring pro-life medical professionals to refer patients for medical procedures/services they find morally objectionable such as abortion, sterilization and certain end-of-life care protocols.

This is not the result for which so many hoped and prayed.

Nonetheless, IFI wants to thank all those who took time to call or email the governor to ask him to veto SB 1564.

IFI also wants to acknowledge and thank those handful of pro-life state lawmakers who recently met with Rauner in an attempt to persuade him to reject this proposal.  IFI is deeply grateful for those who took time to plead the pro-life, pro-conscience position with Rauner.

Despite the fact that not one Republican voted for the final version of SB 1564, Rauner decided to side with the Democrats in approving its final passage.

Thankfully, we have a system of checks and balances.  IFI has been informed that a lawsuit is being planned to challenge this onerous and tyrannical new law.  So now we must now shift our focus to praying for the Thomas More Society in their effort to overturn this unconscionable law in court.

This legislative travesty accentuates the need for Christians to be involved in the political process and engaged in the public square.  No American should ever be required by the government to do or say something that violates their deeply held beliefs.

It is because so many Christians have abdicated their civic responsibilities with regard to self-government (also known as “politics”) that we are seeing tyranny rise and religious liberty erode. Unless and until conservatives cease being one- or two-issue voters (e.g., focusing almost solely on the economy and defense), secular humanists, cultural Christians, and libertarians will continue their perversion of the legislative process.

Instead of throwing in the towel in response to the traitorous outrage perpetrated by Rauner–who has demonstrated his willingness to thwart the will of Democrats with regard to the budget bill–IFI wants to challenge conservatives to double down instead.  We desperately need more–many more–pro-life/pro-family/pro-children’s rights men and women in Springfield.

As we head into fall, the November election looms large. Don’t disengage! Find a local candidate you can get behind, and volunteer and/or financially support him or her. Support those candidates who demonstrate an unequivocal and unashamed commitment to the social issues, which are essential to the continued flourishing of America.

In addition, consider volunteering and/or financially supporting a local pregnancy resource center, starting a pro-life/pro-family committee at your church, and attending IFI events and forums.

And let us not grow weary while doing good,
for in due season we shall reap if we do not lose heart.
~Galatians 6:9~