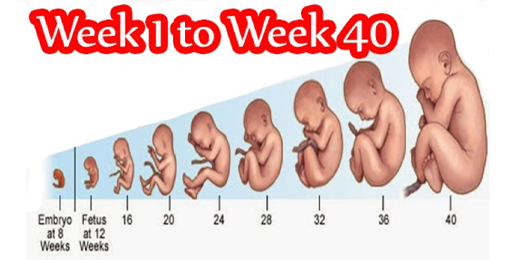 Getting Real About Reproduction
Written By Rev. Thorin Anderson   |   01.19.22
PRINT

This may be more than you want to know, but you were a zygote once, a single celled human being that over time developed into who you are today. This is simply an indisputable fact.  From every perspective the process is nothing less than miraculous, and with all the potential for problems along the way it is amazing that any of us made it through the nine months in utero to birth!  But here we are, a testimony to the brilliance of our Creator, and His faithfulness.

Unfortunately, we live in perilous times. While mankind has always been selfish, cultural and religious leaders in the past challenged us to better things, exalting the virtues of self-control and personal sacrifice. The epitome of this was motherhood. You could find fault with most anything but criticizing one’s mother made you a scoundrel of the worst sort! Motherhood was sacrosanct.

How things have changed! Today, there are few human activities that are under greater assault than motherhood. The milder insults are name calling, such as “brood mare,” or “barefoot and pregnant.” The greatest attacks are by those who so torture and twist the thinking of young women that they are willing to submit to the brutal insertion of instruments of death into their wombs to dismember and destroy the harmless and innocent lives dwelling so near their hearts and rob them of that relational experience by which women have been blessed from the beginning of time.

The argument screeched at us on every hand is that a woman must be free to control her own reproduction! I don’t believe I have ever heard anyone argue otherwise. I would agree that a woman should not be forced to reproduce herself against her will.

Going back to my opening comment, you were a zygote once, and the moment you have a zygote in your uterus, except where coercion is involved, you have already chosen to reproduce yourself.  In your womb is a mini-you, or more precisely, a mini-you and your “other,” hopefully someone committed to you for life!

Setting aside the so-called hard cases (they constitute somewhere around 2 percent or less of all abortions), I address those who promote the preposterous notion that the fetus’s mere existence, in and of itself, is a bridge too far. With the proliferation of scams across the country most of us have been victims in one way or another; and it is unkind to blame the victims. And so it is with abortion. Most women who have had abortions are themselves victims, having been scammed. It is unfortunate that they find themselves in a crisis, but my anger is directed toward those who exploit their situation. Such are evil!

For you who argue that it is unacceptable that a tiny being nestled in one’s womb should inconvenience you or any young woman for nine months, let me remind you that you inconvenienced your mother and others for (I would bet) the better part of twenty years or more! Some refer to it as “paying it forward,” and reasonable people understand it: Our parents sacrificed for us, and we sacrifice for our children, etc. But you and others of your mindset are so self-absorbed you ungraciously accept the sacrifices made for you by those who preceded you and then demand, on your behalf, the sacrifice of the lives of those who follow! What pernicious ingrates you are! Like black holes of the galaxy, you form the vortex of your own universe and inhale all that is around you for your own pleasure and purposes. I can hardly imagine a greater example of arrogance and narcissism!

To you who directly exploit these women who are at a point of crisis, I speak of abortion providers like Planned Parenthood, may I remind you that you have nothing to fear from me. The same God who demands I defend life also demands that I not take matters into my own hands. He claims vengeance as His prerogative, and I suggest you fear Him! But know this: In the process you claim is a choice you denigrate and defile the most beautiful and essential of human relationships, that of mother and child!

Rev. Thorin Anderson
Rev. Thorin Anderson is a member of the Advisory Council to Illinois Family Institute and the former pastor of Parkwood Baptist Church on the south side of Chicago. Pastor Anderson has faithfully pastored at Parkwood Baptist Church since September, 2000 until 2022. He received his Master of Divinity degree from Central Seminary. He and his wife Toni have seven children and 19 grandchildren. Pastor Anderson also serves on the board of directors for Men for Christ, an association that organizes annual weekend men’s rallies in Minnesota, Wisconsin, Iowa, and Illinois on a rotating basis. For more information on these...
Full bio and more from Rev. Thorin Anderson
b
a
x
r