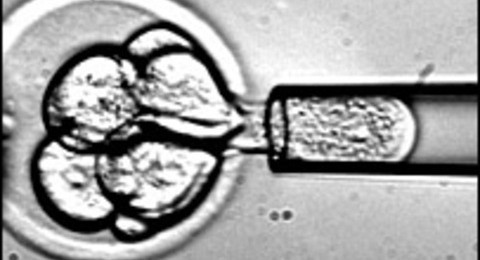 The backers of Prop 71 are now admitting failure. “The California Institute for Regenerative Medicine, the state agency created to, as some have put it, restore science to its rightful place, is diverting funds from ESCR to research that has produced actual therapies and treatments: adult stem cell research. It not only has treated real people with real results; it also does not come with the moral baggage ESCR does.”

The article accuses the backers of Prop 71 of using a classic bait-and-switch tactic by trying to take credit for discoveries and advances achieved by research that they once cavalierly dismissed. The Institute is attempting to do this by funding adult stem cell research. Nearly $230 million was handed out this past October to 14 teams, but notably, only four of those projects involved embryonic stem cells.

Real promise is held in what are called induced pluripotent stem cells. In 2006, researchers led by Dr. Shinya Yamanaka of Japan’s Kyoto University were first able to “reprogram” human skin cells to behave like embryonic stem cells. They can do everything stem cells from destroyed embryos can do.

The National Institute of Health has said that this type of stem cell offers the prospect of having a renewable source of replacement cells and tissues to treat diseases like Parkinson’s and Alzheimer’s, spinal cord injury, stroke, burns, heart disease, diabetes, osteoarthritis and rheumatoid arthritis, to name a few.

It is ESCR researchers who have politicized science and stood in the way of real progress. We are pleased to see California researchers beginning to put science in its rightful place.