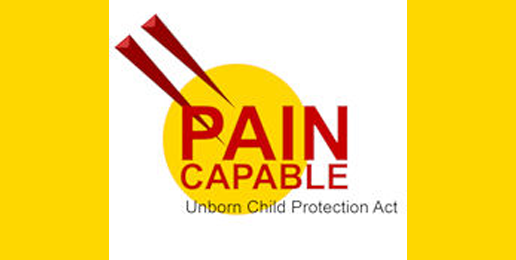 In the waning quixotic campaign to compromise principle for the sake of convenience, the American Medical Association (AMA) has reaffirmed a 2005 study challenging the capacity of babies to feel pain at twenty weeks. Of particular significance is the fact that a former lawyer for NARAL, a former medical director for a Hospital in San Francisco that provides abortions, and a former consultant for Planned Parenthood contributed as three of the five authors to the study.

In a recent letter in answer to an inquiry filed by James Agresti, the president of Just Facts, the AMA Journal’s Editor-in-chief Howard Bauchner diplomatically explained that the study would not be retracted because, according to him, the study’s authors complied with the AMA’s conflict of interest requirements and had accumulated all of the data without falsification or fabrication.

Although the study suggests that twenty-week-old babies cannot consciously perceive pain due to a still developing cerebral cortex, several studies have demonstrated that the lack of a cerebral cortex does not ensure the lack of pain receptors.  A study in 2012 proposes that while the dispute over conscious and emotional perception of pain in twenty-week infants remains in the air, there is no shortage of evidence demonstrating that babies have a nervous system sufficiently developed to drive responses to tissue injury as early as sixteen weeks into gestation.

According to a 2013 expert testimony before the U.S. Congress by Dr. Maureen Condic, Director of Human Embryology instruction for the School of Medicine at the University of Utah, “Multiple studies show that ‘the human fetus from 18-20 weeks elaborates pituitary-adrenal, sympatho-adrenal, and circulatory stress responses to physical insults.’” In order words, the baby responds to pain in several of the ways that humans normally do.

Because recent studies demonstrate at least motor faculties at that stage in development, it is unrealistic to propose that the matter is certain. The Kennedy Institute for Ethics Journal in 2012 states, “when a doubt of fact bears on settling whether an alternative under consideration should be excluded, one should presume one will cause the harm until the fact has been settled.”

Christian Communicators of the South East, a debate league that hosts rhetoric tournaments in the Virginia/North Carolina area, trains young homeschooled high school students to research and argue with professional poise. Novice debaters are taught from the beginning to avoid noncommittal modifiers like “could,” “might,” and “may” when researching for a topic. Lines such as: “[b]ecause pain perception probably does not function before the third trimester, discussions of fetal pain for abortions performed before the end of the second trimester should be noncompulsory […]”(emphasis added), would be enough to declaw the study.

And yet publications by New York Times, Los Angeles Times, and Live Science  refer to the study as an authoritative source proving beyond a reasonable doubt that babies cannot experience pain at 20 weeks. Such blind adherence to outdated claims only proves one thing: the pro-abortion argument is starving for support. Those in favor of abortion, a group that likely includes members of the AMA, are at their wits end in the fight against the quickly growing Pain Capable Unborn Child Protection Act. But there’s still work to be done. Fourteen states have passed the legislation, although the legality of the law in some states has been challenged.

Richard Wiley is the 2016 Policy Intern for The Family Foundation, and law student at Liberty University School of Law.