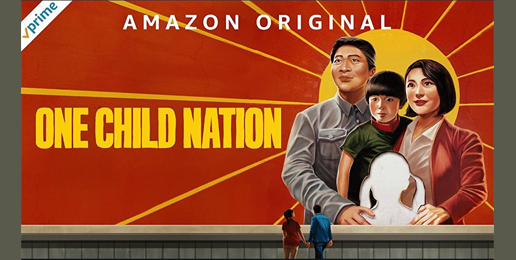 APB to Illinoisans (and other Deep-Blue-State Residents): Your Pro-Life Presence is More Important than Ever
Written By Terrell Clemmons   |   05.23.20
PRINT

What happens when people live in an abortion-complacent culture? Hold that thought; we’ll return to it shortly.

Nanfu Wang was born in China in 1985, six years after China instituted its one-child policy. The Chinese were told that if they averaged three children per family, there would be starvation by the middle of the next century, but if families limited themselves to only one child, their standard of living would double. The government used wall-to-wall propaganda to promote this message, and where messaging failed, it levied fines, destroyed property, or imposed forced abortions and sterilization to enforce it. It was put to the people as a “population war.” These measures, it was said, were necessary to prevent mass death in the future.

Nanfu never gave much thought to it all until she became a mother in 2017. She could hardly bear being separated from her newborn son. What was it like for people living under the one-child policy? By this time, she had moved to New York City and established herself as a filmmaker, so she did what any intellectually honest journalist might do–she started asking questions and chronicling the quest on camera.

She returned to China with her son in tow. The one-child restriction had been lifted in 2015, so presumably people were free to speak openly about it. She talked mostly with family members and hometown officials. Surprisingly, none of them were critical of it, though some (not all) who were charged with carrying it out did appear to feel troubled morally.

She documented her journey in One Child Nation, which has been shortlisted for the 2020 Academy Award for Best Documentary Feature (but censored in China). It’s worth watching for the way it demonstrates several things: (1) the creepiness of the incessant propaganda that is part of the Chinese people’s daily life and how most of them seem to accept it, (2) people’s insidious, servile submission to government authority in violation of their own consciences, and (3) which I want to focus on here, the callous indifference toward human life that manifests itself in seemingly “nice” people among whom abortion is commonplace. Here are two examples:

In all her interviews, Nanfu lets people speak for themselves, rarely pressing anyone to reflect on the horror of what they’re actually saying. In the end, she appears as confused and conflicted as at the beginning–as if she knows something was very wrong about it all, but can’t quite put her finger on what.

Okay, you might be thinking, those are matters for the Chinese to sort out. What do they have to do with us in America? I’m glad you asked. Consider the following, and see if you can spot some parallels:

Surely you see the similarities. Abortion, since it is so egregious and deeply personal, seems to be especially damaging to people’s moral sensibilities. Where it is welcomed, it works a kind of dehumanizing moral erosion in those who welcome it.

The difference between abortion in China and America is noteworthy too. In China, its prevalence was national and imposed by government fiat. In America, it’s balkanizing–some states are pushing it out, others welcoming it in. You may have seen that Planned Parenthood just opened, stealthily (again!), another center in Illinois, accelerating Illinois’s race for the title of abortion capital of the Midwest. This is not at all to say that pro-life Illinois residents are culpable for abortions in their state–I am not saying that. What I am suggesting is that its clear and present spread will inevitably have effects.

Like cancer, sin is progressive and always degenerative. For that reason, if you live in one of the abortion magnet states, your pro-life presence may become harder to live out. But it is needed and has great potential as well. Abby Johnson said that the peaceful presence of people praying outside her clinic was extremely disturbing for the staff inside. She now knows (and is thankful for it in hindsight) that it’s disturbing because it rattles those complacent consciences that, for their own benefit, need to be rattled. More important, she said, when people are outside praying, the no-show rate for abortion appointments can go as high as 75 percent. (40 Days for Life is huge!)

So, I hope you’ll take courage, pro-life friends, and not grow weary in your well-doing. Ann, Abby, and Nanfu were all at one time either complacent or complicit in abortion. Ann and Abby are complacent no more, and it appears Nanfu is moving in the same direction. Each of their three films, One Child Nation, Gosnell, and Unplanned, presents a gripping portrayal of what abortion is and the effects it can have where it is tolerated. If you have the opportunity, share them with your friends or family who might be sitting on the fence regarding abortion. Whether or not they ever thank you for it, you will have at least dropped a stake in a certain piece of moral ground for the cause of life.

The Almighty and Abortion

Are Young People Too Apathetic About the Life Issue?
b
a
x
r