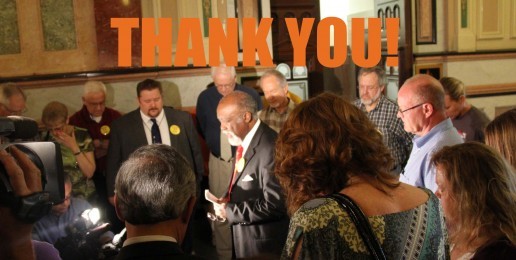 The bill to legalize same-sex “marriage” has failed to advance in the Illinois House before lawmakers adjourned for the summer. In a bit of political theater, the bill’s sponsor, homosexual activist Greg Harris (D-Chicago) wept as he stood on the House floor to announce that he didn’t have the votes to pass the bill. In a liberal state like Illinois, this is a truly remarkable victory.

As Christians we know that all good things are gifts from God, and the retention of sexual complementarity in the government’s definition of marriage is a very good thing. The failure of this bill is a good thing for children, for parental rights, for religious liberty, for the common good, and for truth.

Despite what the bill’s supporters claim in a dishonest attempt to stigmatize supporters of natural marriage, the retention of sexual complementarity in the legal definition of marriage bears no kinship to bans on interracial marriage. Nor does it signify injustice to those who seek to marry someone of the same sex. The failure of this bill signifies that marriage has a nature which the government merely recognizes and regulates, central to which is sexual complementarity.

We owe a debt of gratitude to all Illinoisans who have worked so tirelessly and sacrificially to preserve true marriage through prayer, financial support, letters to and meetings with their representatives, and participation at rallies. Words don’t suffice to thank you all for everything you’ve done. Your work and today’s victory will inspire others around the country who face similar battles and often feel dispirited.

We want to note especially the work of African American, Hispanic, Asian church leaders and members whose courage and perseverance were enormously helpful in stopping this bill. We hope that their example will inspire the many faith leaders who have been standing on the sidelines to become as involved in the battle to protect the essential and embattled institution of marriage.

We should praise and thank God for this victory in an ever-expanding war on truth, and then redouble our efforts to preserve true marriage. Those who have worked so hard deserve a moment to celebrate and rest—but not for long. Representative Harris has promised to bring this bill back in the Fall Veto Session.

We need to make clear to our lawmakers that support for the elimination of sexual complementarity will be costly.

And critically important, as we approach the upcoming gubernatorial election, we must actively and publicly support only those candidates who support natural marriage.

With joy, we humbly thank Illinoisans for their inspiring work to preserve marriage.