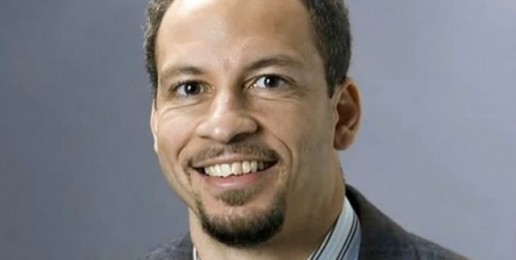 ESPN sports analyst and columnist Chris Broussard was asked for his “take” on the announcement by NBA player Jason Collins that he is homosexual. Broussard responded and has been pilloried for not having the culturally approved “take.”

Broussard, who is a Christian, shared his view that homosexual acts are sinful and that one cannot engage in homosexual acts—or any other biblically proscribed sexual acts—and still remain in a right relationship with God. Here is that short ESPN video:

Two days later he appeared on a radio program and offered a remarkable defense of the Christian position on homosexuality. He answered the kinds of challenging questions only conservative Christians are asked by the mainstream press who lob softball questions at “progressive” Christians and secularists.

Please listen to the entirety of this outstanding radio interview and circulate it to friends by clicking HERE. One word of caution: due to an inappropriate question by one of the radio hosts, this may be unsuitable for younger listeners.

While Broussard is being attacked for answering honestly when asked for his opinion on the Collins story, FOX News Chicago anchors Bob Sirott and Robin Robinson catch no flak for offering their unsolicited views that conservative beliefs are tantamount to racism and ignorance.

So much for tolerance and diversity.

Chris Broussard is inarguably the courageous man in this larger cultural story.