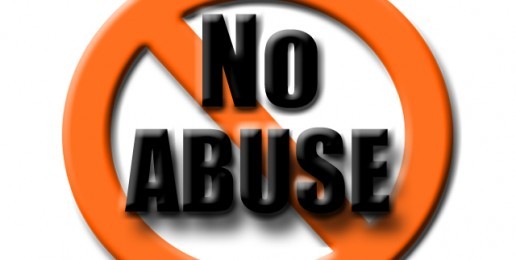 We conservatives have criticized the practice of homosexuality for a variety of reasons, a primary one being its abusive nature.  In recent years, defenders of the practice have attempted to rebut our attacks saying that what they do to each other is not abuse, and even if it were, they are consenting adults.  I am not sure that they really wish to get into a discussion regarding the abusive nature of their conduct, but are you familiar with S&M or “bondage?”

If you doubt the tawdry nature of their conduct, just go to one of their parades.  On second thought, don’t.  Just take my word for it that the conduct of parade participants turns the stomach of any normal person.  And if what they do in public is offensive, one can only imagine the abuse that goes on in secret.  Of course you don’t have to just imagine, you can go to their web sites or read their own literature to discover for yourselves its sordid reality.

What we as conservatives find ourselves asking is why anyone would want to live in such abusive relationships?  Interestingly, many practicing homosexuals have defended their lifestyles with that precise question saying that if it were a choice, they would NEVER choose it!  They are bound by their “nature” they say,  and cannot escape!  Yet, activists for the lifestyle adamantly and repeatedly claim their conduct is not destructive.  However, the vast majority, by their own admission, endure treatment at the hands of other men that to us is abusive.   What they are saying is that there is no objective definition for abuse.

I wish to make it perfectly clear that we do not nor will we ever condone sexual or physical abuse of one person by another.  Therefore, you will never find us approving of the conduct common among homosexuals.  If their behavior was all loving and beneficent, it would not be kept under wraps.  It could be discussed openly.

Accepting homosexual behavior categorically as normal forces us to accept abuse as normal.  At the same time we are, as a society, making an important effort to inform the public that abuse of women is NOT acceptable!  Is not the homosexual lobby undermining this important effort?  If we accept this new status quo, that men abusing men is acceptable so long as it is consensual, we are in the difficult spot of accepting a significantly different treatment of men and women.  It is acceptable for men to abuse men if they both so choose, but it is not acceptable for men to abuse women, even if they both so choose.

If you are at all familiar with abused women’s issues, you know the $64,000 question.  Why do women remain in abusive relationships?  If anyone could actually answer that and provide an antidote, many women would be saved.  No one really understands why people stay where life is often miserable or even dangerous.  But they do.  They clearly get something that they deem worth the price they pay.   The homosexuals’ spokesmen just sidestep the question and reply that they’re adults and they  want to remain in their relationships, whether we view them as abusive or not.

Therefore, by declaring homosexuality to be normal, we must accept that men are “mature” enough to choose for themselves to remain where, by society’s standards, they are abused, at the same time saying  women are not “mature” enough and must be protected.  Or else we will accept women’s abuse at the hands of men is not abuse after all.

On which side of that one do you wish to land?

I, for one, will accept neither.