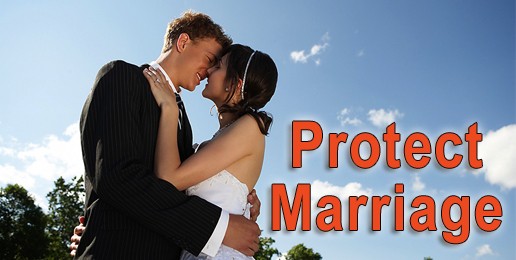 Since the mainstream media never does their job when it comes to issues related to homosexuality, ordinary citizens must do it.  The mainstream media continually ask conservative lawmakers hard questions about the legalization of same-sex marriage, while never asking hard questions that challenge the views of “progressive” lawmakers. Therefore, IFI is asking Illinoisans to do so.

IFI is urging two groups of Illinoisans to ask some hard questions of any lawmaker who will be or may be voting in favor of the legalization of “same-sex marriage”:

1. Those who will be going to Springfield should ask these questions when they meet with their representatives on Wednesday.

2. Those who are unable to go to Springfield should schedule appointments with their representatives in their local offices. Try to bring as many constituents as possible to these meetings, including local clergy.

Here are the questions to which lawmakers must respond:
(Click HERE for a PDF version of these questions.)

Compel your lawmaker to defend his or her vote with actual reasons rather than superficial sound bites. Ask, and ask, and ask until they answer. Don’t settle for evasion and obfuscation. Your lawmakers work for you. They are your public servants. Write their answers down and send them to us and to your local press in letters to the editor. If you forget to print this list of questions, it will be available at the IFI desk in the Capitol Rotunda on Wednesday.

Two years ago 4,000 homeschooling parents rallied in Springfield to protest a proposed law that would have required them to register their children with the state.

Recently, somewhere between 350,000-1,000,000 people, including homosexuals, rallied in France to protest the legalization of same-sex marriage.

If we say and do nothing as homosexuals and their ideological allies vigorously push to legalize what should be inconceivable, we bear significant responsibility for the presence of pernicious, fallacious ideas in elementary schools.

If we say and do nothing while the government becomes complicit in the destruction of marriage, we bequeath to our children and grandchildren a country of diminished rights and greater oppression, which will follow as surely as night follows day.

If we say and do nothing, we get what we deserve.

Please join us in Springfield on Feb. 20 and inspire others around the country like Illinois homeschoolers and the people of France have inspired us! And for those who cannot make it, please schedule meetings with your representatives in their local offices.