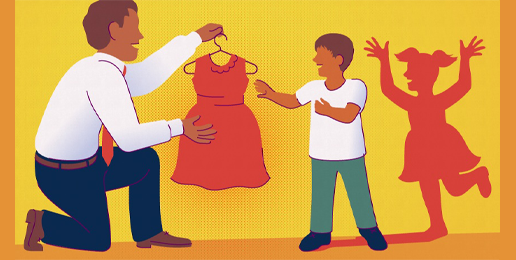 Given the fallen nature of humans, absolute, unquestioning trust is due no human, institution, or organization—not elected leaders, not the CIA, not the FBI, not the press, and not professional medical and mental health organizations. No organization or institution, however, is free from the corrosive effects of money and bias. When the bias is driven by that most powerful of human appetites—sex—it becomes all the more important to ferret out truth.

Now an investigative report written pseudonymously by a Canadian hospital employee with a “Master of Science degree from the University of British Columbia” and published on the website Canadian Gender Report, exposes the presence of bias and absence of evidence in the World Professional Association of Transgender Health Standards of Care (WPATH SOC) guidelines established for treating children with gender dysphoria.

The author begins by explaining the development and importance of and concerns about medical guidelines:

Guidelines are becoming increasingly important for busy medical practitioners who cannot stay abreast of all developments in every medical field. To address this, professional medical bodies and societies started to publish various guidelines in the 1990s, in order to clearly formulate best medical practices, to assure patients they are receiving appropriate care, and to standardize care so that most patients will receive the same care across many settings. However, many people started questioning whether medical guidelines are being developed using quality medical evidence and whether conflicts of interest could be influencing the recommendations.

Because of concerns that guideline development is tainted by “limitations in the scientific evidence on which clinical practice guidelines are based, lack of transparency of development groups’ methodologies, questions about how to reconcile conflicting guidelines, and conflict of interests among guideline development group members and funders,” the ECRI Guidelines Trust, a non-profit patient safety organization emerged. The ECRI issues a “‘Trust Scorecard’ that rates the quality of the guidelines, based on evidence strength and the measures taken to reduce bias in the recommendations.”

The author discovered much that should trouble medical professionals who have jumped aboard the runaway “trans” train:

After searching the ECRI database for transgender care guidelines, the only guideline posted was the “Endocrine Society Clinical Practice Guidelines of Gender-Dysphoric/Gender-Incongruent Persons, 2017”.  It was not given a Trust Scorecard rating. The WPATH SOC [Standards of Care] was not included in the database.

When ECRI was contacted by this author and asked why WPATH guidelines were not included, and why the Endocrine Society guidelines did not have a scorecard rating, they responded in an email, saying that the reason the Endocrine Society guidelines did not meet inclusion criteria to be rated was because “Only a few of their recommendations were supported by the systematic review; the majority were not.” The reason WPATH was not included, ECRI stated, was because the guidelines were over five years old, and “did not use a systematic review to process”.

In addition, Joule, a guidelines database maintained by the Canadian Medical Association, responded to the author’s query about the absence of WPATH and the Endocrine Society Guidelines from the database:

According to the report, both WPATH and the Endocrine Society guidelines are suspect because of the interrelated issues of bias and conflicts of interest that infect leadership of both organizations:

When looking at the WPATH committee who worked on the current [Standards of Care] document, a cursory examination of the members reveals that every one of the members have significant [conflicts of interest]. All of them either receive income based on recommendations in the guidelines, work at clinics or universities who receive funds from advocacy groups, foundations, or pharmaceutical companies who heavily favour a certain treatment paradigm, or have received grants and published papers or research in transgender care. The majority of the members are from the US, and six of them have affiliations with the same university—the University of Minnesota Program in Sexuality, which is primarily funded by a transgender advocacy organization (Tawani Foundation).

Eli Coleman, the committee chair for the WPATH SOC, who [Institute of Medicine’s] guidelines stipulate should be completely free of conflict of interest, has his very position at the University of Minnesota funded by Jennifer Pritzer, a trans person and head of Tawani. In fact, there are press releases of Eli Coleman in 2017 thanking Jennifer Pritzer profusely for a generous donation, which adds up to 6.5 million dollars that Tawani has given to the university. Tawani also funded WPATH SOC development.

[I]t can be argued that WPATH is activist-led rather than evidence-led, as witnessed at their conferences.

The author reveals that despite the following troubling admissions by WPATH, the organization still recommends social transitioning, puberty-disruption, and cross-sex hormone-doping for minors as opposed to “counseling, cognitive behaviour therapy, or psychotherapy”:

Society has been sold a bill of gangrenous goods. One day this will be looked back upon as the medical scandal it is, and the children experimented on will ask why adults didn’t protect them.