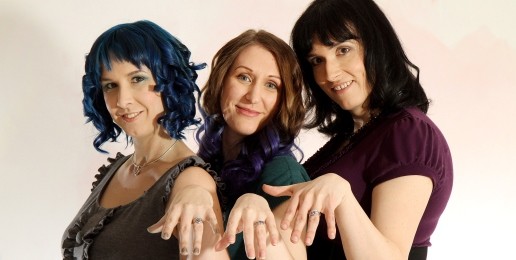 Remember what the world has taught

Remember the days when homosexual activists told the soothing lie that all they sought was tolerance—the freedom to be left alone to engage in homoerotic acts in private?

Remember when they mocked conservatives into humiliated silence for their warnings about the unctuous slope from tolerance to approval to same-sex mock-marriage?

Remember when they said that legally recognizing same-sex unions as marriages would not lead to anything other than an America with uber-strong marriages?

Remember when they said homoerotic attraction and activity per se are analogous to skin-color?

Remember when they said that sexual complementarity is extrinsic to marriage, but the number of partners is intrinsic and, therefore, will remain in the legal definition of marriage?

Remember the indignation they would express when conservatives compared the moral status of homoerotic activity to that of consensual adult incestuous activity?

Remember these deceits as you see what’s next on our darkening horizon: throuples and twincest.

Three young women, Doll, Kitten, and Brynn, had a commitment ceremony last August in Massachusetts to solemnize the addition of Doll to the union of the legally “married” Brynn and Kitten. The “brides,” apparently enamored of tradition, wore white dresses and veils and were escorted down the aisle by their foolish fathers. This is 34-year-old Brynn’s third faux-marriage to women, which points to the instability of same-sex relationships. Even more tragic, the youngest member of the “throuple” is reportedly pregnant via a sperm donor.

In the January issue of Italian Vogue, twin brothers Juan and Cesar Hortoneda appeared in a series of homoerotic nude photos shot by infamous 67-year-old bi-sexual Abercrombie and Fitch photographer, Bruce Weber.  The Hortoneda twins, however, are not the first twins to appear in homoerotica. Weber also photographed identical twin brothers Kyle and Lane Carlson in a series of nude photos. And then there are Elijah and Milo Peters, Czech twins who appear in homoerotic porn together and who in 2010 announced they were in a romantic relationship. Twincest is a tragically appropriate image to represent a culture that worships the autonomous self.

If you’re feeling shocked, just know that your shock is nothing more than a culturally constructed provincial prejudice. Elijah and Milo love each other. Isn’t that all that matters? Surely siblings in love should be able to “marry.” While we’re in the business of jettisoning archaic marital detritus, shouldn’t we jettison the criterion regarding blood kinship? Shouldn’t we further “expand” the elasticized definition of marriage? Should sibling couples (or “throuples”) be denied their equal “rights”? Shouldn’t courageous sibling couples have access to all the benefits historically accorded to sexually complementary unrelated couples?

Now remember some of the reasons we’re in this cultural miasma.

We’re here because we ignored the logical consequences of ideas

We accepted the moral legitimacy of separating sex from marriage.

We accepted the moral legitimacy of separating sex from procreation.

We accepted the moral legitimacy of separating procreation from marriage.

We appear to have accepted the notion that the only factors that determine the moral status of sexual activity are the presence of consent and absence of harm (but who knows what constitutes “harm”). Accepting this proposition leaves us with no justification for condemning polyamory or consensual adult incest or paraphilic activities.

We ignored the consequences of the elevation of radical, subjective autonomy that privileges “feelings” and rejects (or relegates to oblivion) any objective, transcendent source of truth.  In a recent Huffington Post article, Lisa Haisha asks whether society should reconsider its taboo regarding marital non-monogamy in light of our increasing longevity. The author asks if it’s realistic to expect monogamy when marriages last sixty years or more. (By the way, this is precisely what some homosexual leaders have long promoted. For example, both Andrew Sullivan and Dan Savage have argued that heterosexuals should consider emulating homosexual relationships in which monogamy is not expected.)Haisha’s references to “morality” and “integrity” are illuminating. Ironically, “judgmental” pagans (aka “progressives”) often harshly judge Christians for judging homoerotic activity to be morally illicit. Their moral outrage and calls for living with “integrity” raise a thorny question for pagans: What is the arbiter of morality for them? Pagans who reject biblical authority as the ultimate source of moral truth have offered nothing to replace it. If there is no transcendent, objective, eternal source of morality, then there’s nothing left but the self to determine morality.There is nothing to appeal to when justifying moral outrage other than personal self-constructed beliefs, beliefs often derived from nothing more substantive than feelings. Hence the phrase that Peter Kreeft calls both oxymoronic and moronic: “Your truth.” Moral outrage and subjective notions about “integrity” are untethered from any objective moral anchor. In a moral universe where God is dead and radical subjective autonomy reigns, there is no objective thing we can point to as constituting “integrity.” In the pagan economy, integrity simply means doing what pleases oneself or living in accord with principles that one “feels” are good, but, of course, which others may legitimately “feel” are bad.

Pagans understand this better than Christians, so they ridicule Christians who criticize the fringy, freakish things happening in the outer wastelands of society. Pagans ridicule Christians to silence them. America’s reigning king of mockery, Stephen Colbert, recently directed his rapier wit, dripping with condescension, not primarily at plural unions, but at those who condemn plural unions.

In the face of ironic and withering ridicule from the cool kids, Christians say nothing. Then the fringy freakish things begin traveling from the hinterlands to Hollywood and our Ivory Towers. Our storytellers create compelling stories replete with images that titillate, mesmerize, shame, beguile, desensitize, and pull on heartstrings. And our academicians create sophistical defenses of the fringy and freakish.

We’re here because we’re ashamed of the gospel

Like Peter, we deny Christ but not merely three times. In a culture that burns with hatred for holiness and exults in its worship of—not God–but his creation, we deny Christ whenever we fail to speak truth and whenever we speak capitulatory words that conceal our status as his servants.

Remember too what the world rarely teaches

Remember, fellow pilgrims, that “niceness” devoid of truth is a brutal counterfeit of love. We cannot demonstrate true love unless and until we have a secure footing in truth. Servants of Christ must love better, and right now in this cultural moment, loving “refugees from the world” better will be costly. Our truthful words, even when spoken with civility and grace, will often be met with rage. Remember though, these temporal costs are insignificant when compared with the salvation of eternal souls. The mistake many Christians make is to believe that a hostile response means their plain truth-speaking is wrong.

Remember that “For now we see through a glass, darkly.”  We have no idea how God will use the truth we speak. We have no idea how or when he will water the seeds we plant. Our task is to be faithful in teaching the whole counsel of God, forgoing nothing, not even the parts the world hates.

Remember that God commands us to “judge with right judgment.”

Remember that Jesus came not to bring cheap peace devoid of truth but a sword that will divide even families.

Remember that “The fear of the Lord is hatred of evil.” We are commanded to hate “Pride and arrogance and the way of evil and perverted speech.”

Remember to “answer the foolish arguments of fools, or they will become wise in their own estimation.”

Remember that Jesus ate with sinners and prostitutes, but he did not merely eat. He called each refugee from the world to repentance. We should go and do likewise.

Remember: “In everything, do to others what you would have them do to you.” What does every human most desire? They desire an eternity of beauty, peace, and perfection.