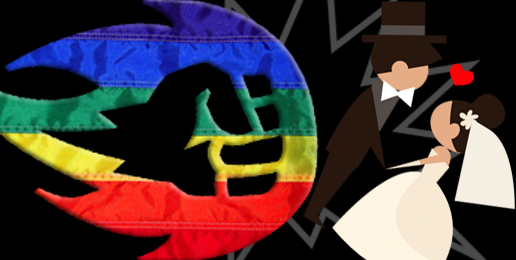 The Transgender Juggernaut Threatens God’s Design for Male and Female
Written By   |   01.10.19
PRINT

The U.S. Court of Appeals for the District of Columbia has awarded the Trump Administration a victory by staying a lower court decision which blocked the administration’s attempts to restrict the military service of “trans”-identifying people who suffer from gender dysphoria. The court found that Trump’s new policy, which was based on the findings of former Secretary of State Jim Mattis, was in fact a more nuanced version of the original policy and should not have been summarily blocked by District Court Judge Colleen Kollar-Kotelly. The Trump Administration has asked the U.S. Supreme Court to weigh in on its attempts to place restrictions on “trans”-identifying persons serving in the military.

Hanging in the balance are the last vestiges of Christian culture, and the marginalization of those who hold to the words of Jesus: “At the beginning of creation God made them male and female.”  We see this already in Canada, where Prime Minister Justin Trudeau’s Liberal government is requiring employers to attest that they respect transgender “rights” in order to receive summer job grants. In the United Kingdom, the Labour Party LGBT+ adviser has argued for the right of children as young as 8 years old to choose their “gender” and begin “transitioning” to embrace their “true selves.” And in America, Christian parents in Hamilton County, Ohio, have lost custody of their 17-year-old daughter after they refused to support her “transition” to male.

LGBTQ groups, celebrities and politicians have expressed outrage over the administration’s proposal to define gender as biological and fixed. This self-evident understanding, unquestioned for millennia, was overturned by former President Barack Obama, who enshrined subjective feeling rather than biological sex as determining one’s “gender.” Thus, a man may decide that his “true gender” is female, and a woman may decide she is male. Further complicating this absurd notion–a notion that would have left our forefathers aghast–are those who refuse to consider themselves either male or female, instead inhabiting the bizarre realm of “gender fluidity.”

The field of battle for the determination of the meaning of “gender” is none other than the several branches of the U.S. military, which of necessity have strict standards for those charged with the vital role of defending the nation. In his memorandum to the president regarding transgenders in the military, former Secretary of Defense Jim Mattis concluded: “Based on the work of the Panel and the Department’s best military judgement, the Department of Defense concludes that there are substantial risks associated with allowing the accession and retention of individuals with a history or diagnosis of gender dysphoria and require, or have already undertaken, a course of treatment to change their gender.”

That this studied judgment angers those who reject the immutable reality and meaning of biological sex defies comprehension, for it should come as no surprise that the military, which turns away diabetics, should decline those who may require major surgery and continual hormone replacement therapy—both of which carry serious health risks. This is recognized by the service members themselves, only 39 percent of which approve of “trans”-identifying troops.  Sergeant First Class Jamie Shupe, who identifies as “trans,” has had second thoughts and now feels he has “a duty to speak about the problems with transgender military service,” which “can seriously affect their duty performance. While they’re obsessing about their gender identity, they don’t have their head in the game.”

The military is all about maximum combat effectiveness. Soldiers do not serve in isolation, but work, eat, shower and sleep together.  No female unit should be required to sleep next to or bare themselves in front of an objectively male peer who insists that he is a woman.  As one commentator notes: “We can’t even agree on which bathrooms trans people can use, but somehow we’re safer if we’re all in the shower together? No distraction there.”

Author Walt Heyer lived as a woman for nearly a decade and suffered medical surgeries and treatments before “detransitioning” back to his true male gender. His book Trans Life Survivors tells the stories of 30 people gleaned from many hundreds of cases who “shared their lonely, surreal experiences falling down the trans rabbit hole, hoping to escape as he did.”  Sadly, our society will suffer dire consequences if it rejects the inborn nature of male and female, as designed by our Creator, which will result in a frightful descent into the “rabbit hole” of sexual anarchy.