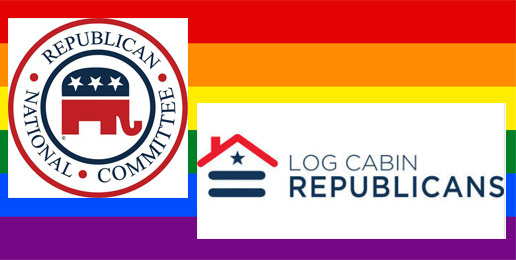 The RNC has decided that sacrificing principle for power will build a better America. The RNC, under chairwoman Ronna McDaniel’s leadership, has calculated that the homosexual and cross-dressing communities are more politically valuable to the RNC than are stalwart conservatives who have been fighting for decades to make America a safe place where families, children, and liberty can flourish.

Once the “RNC Pride Coalition” has fundraised and successfully shoved their kind of Republicans into office—and by “their kind,” I mean those who are ignorant of the critical importance of marriage, of the traditional family structure, and of sexual morality—the speed at which conservative principles and policies will be abandoned will accelerate. And the corruption of culture will continue.

The announcement was made at a swanky event, offensively named “Spirit of Lincoln Gala,” held at former President Trump’s Mar-a-Lago estate where McDaniel gushed,

Conservatives in Log Cabin don’t just share our vision for a free, secure and prosperous America—they enrich it by adding unique perspectives to our party and recruiting even more diverse candidates and supporters to join our cause.

Homosexual political consultant Richard Grenell, who has worked for George Bush, Mitt Romney, and Donald Trump, made this curious claim at the gala where he was given the “Game Changer Award”:

[T]he thing about gay conservatives is that we have normal lives. … We’re not going to make sexual orientation be the be all, end all center of everything that we do.

Grenell didn’t define “normal,” nor did he explain what he was referring to when he said, “normal lives.” If by normal, he means “adherence to a standard that is associated with well-being” or “functioning in a natural way,” the lives of homosexuals are not “normal.” Engaging in sterile homoerotic acts is not normal or natural. Two people of the same sex legally “marrying” in imitation of true marriage is not normal. Renting wombs and purchasing genetic material to create motherless or fatherless children is not normal, right, or good.

If anyone doubts what the goals of the “LGBTQ+” community are for the GOP, here’s Grenell hinting at what he views as progress—and it has nothing to do with religious liberty, speech rights, or children’s needs:

Now … we were at an event where the former president of the United States [Trump] and first lady are welcoming us, and hosting 600 influential gays, lesbians and their straight allies. It is phenomenal for me to look back and see this and to champion an organization like Log Cabin.

Unless conservatives get busy and bold, the GOP will hoist aboard the “LGBTQ+” community and toss overboard conservatives and their pesky principles like so much jetsam.

Take ACTION: Click HERE to send a message to RNC chairwoman Ronna McDaniel and other GOP Officials to urge them to uphold the GOP Platform on marriage, family and society (pages 31-32). Conservative Christians expect GOP officials to uphold foundational principles critical to the health and future of America, not undermine them.  You can also call the RNC at (202) 863-8500 during business hours to let them know how bad an idea the “RNC Pride Coalition” is.

Donald Trump, the Media, and the Principle of ‘Don’t Trust, Verify’
b
a
x
r