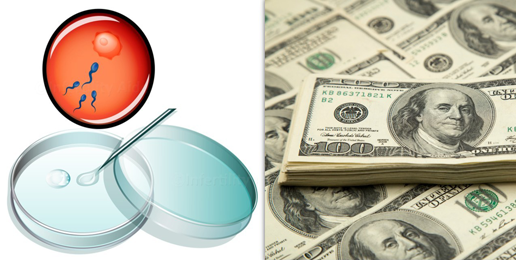 On Tuesday, I wrote about the Tampons for Boys bill just passed by those same creepy Illinois Democrats, which requires all boys’ bathrooms in all Illinois public schools to provide “free” tampons and sanitary napkins at great taxpayer expense.

But Illinois Democrats were not yet done brown-nosing the “LGBTQ” communities.

On May 27, 2021, they passed the Babies for Everyone bill. Passing that bill required redefining—er, I mean, “expanding”—the definition of yet another word. This time “infertility” has been “expanded” to include non-infertile conditions in order to force insurance companies in Illinois to pay for medical procedures that will enable single people and people in intrinsically non-reproductive, homoerotic relationships to procure biologically related children.

But that was then, and this is now. Those words were stricken from HB 3709, and now “infertility” includes “a person’s inability to reproduce either as a single individual or with a partner without medical intervention.” In plain English, single persons and homosexual couples are deemed “infertile.”

Single women and single men who have no sexual partners are not by the mere fact of the absence of partners “infertile.” Men and women who choose to be in homoerotic relationships that are naturally and by design non-reproductive are also not “infertile.” At least they’re not infertile in the world of rationality and science. But Illinois Democrats inhabit a world of irrationality and anti-science where wishes are horses, beggars ride, and sexual anarchy reigns supreme.

As of May 27, this bill has passed both chambers of the Illinois General Assembly and is winging its way through Illinois’ morally polluted air to Governor J.B. Pritzker’s desk, which is now buried under a mountain of trash.

Illinoisans better believe these costs will be passed on from insurance companies to We the People.