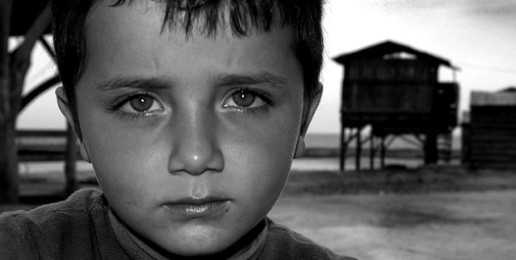 Robert Lopez is married, a father, and an English professor who was raised by two lesbians.  His is a critically important new voice in the battle raging around issues related to homosexuality, including the redefinition of marriage and the needs and rights of children.

In his most recent article, he offers several critical insights on children being raised by homosexuals. He states the unvarnished truth that raising children in deliberately motherless or fatherless homosexual families constitutes a form of child abuse. Exacerbating that abuse is the societal climate in which influential social structures have conspired to render it socially and emotionally impossible for children to express truthfully how they feel about their homosexual family structures unless what they have to say is unequivocally positive:

Even the most heroic mother in the world can’t father. So to intentionally deprive any child of her mother or father, except in cases like divorce for grave reasons or the death of a parent, is itself a form of abuse… Every child has a mother and father, and when that figure is missing, there is a narrative that is experienced as pain, loss, and at times shame…Whereas single parenting and divorce have always been understood as a breakdown of the married mom and dad ideal, same-sex parenting is now being elevated as normal.

“Normalization” demands a kind of silence from multiple parties in a child’s life. The child’s lost biological parent(s) must keep a distance or disappear to allow two gay adults to play the role of parent. Extended family must avoid asking intrusive questions and shouldn’t show any disapproval through facial expressions or gestures, schools and community associations have to downplay their celebrations of fatherhood or motherhood (even canceling Father’s Day and Mother’s Day in favor of “Parenting Day”). The media have to engage in a massive propaganda campaign, complete with Disney productions featuring lesbian mothers to stifle any objections or worries. Nobody must challenge the gay parents’ claim that all is being done for love.

Does the silence of so many surrounding parties reverse the sense of loss? No. The child still feels the loss, but learns to remain silent about it because her loss has become a taboo, a site of repression, rather than a site for healing and reconstruction. The abuse comes full circle.

In a recent heart-to-heart talk with Dawn Stefanowicz, a Canadian woman who was raised by her gay father, she and I lamented that many children of same-sex couples will never speak openly about how unfair it was to be denied a mother or father.

Dawn’s experience resembles mine: most kids of gay parents we know are struggling with sexual identity issues, recovering from emotional abuse, fighting drug addictions, or are so wounded by their childhood that they lack the stability to go public and face the onslaught from an increasingly totalitarian gay lobby, which refuses to admit that there’s anything wrong.

Lopez describes what all conservative activists already know: The homosexual community and its ideological allies have become a tyrannical, oppressive, poisonous cultural force that compels conformity and compounds the suffering of children intentionally denied mothers or fathers:

For many kids of same-sex couples…we only count when we make gay people look good.

Otherwise, we must shut up….Same-sex parenting has been efficient at traumatizing the inhabitants of its dark side, rendering them frightened and mute, so nobody will ever know about it.

The existence of a venomous LGBT lobby capable of all-out emotional warfare against anybody who doubts same-sex parenting is of course a great help to the cause.

Lopez urges right-minded thinkers to stop tying ourselves in knots about strategy:

After a year of being in this game, I have grown wary of strategy. I don’t have a silver bullet tactic for suddenly making low-information Americans aware that all the same-sex parenting propaganda—and more broadly our growing acceptance of non-traditional parenting—is really a cover for systematic abuse. My hunch, however, is that it might be time simply to drop all the masks, put away our strategies, and just state the uncensored truth.

If you think child abuse is wrong, then say so.

And still most Christians—and shockingly their leaders—say relatively little. Ever anxious that the non-believing world in its relentless misuse of Scripture will excoriate them for judging (rightly), speck-looking, or stone-casting, Christians opt instead to become complicit in child abuse.

I recently met with an Illinois congressman who surprised me with his humility and honesty. He admitted that the one issue that he is unable to discuss with facility is homosexuality, which actually encompasses multiple policy issues including same-sex “marriage,” homosexual adoption, comprehensive sex ed, “hate” crimes legislation, the Employment Non-Discrimination Act (ENDA), and the Student Non-Discrimination Act (SNDA).

Many Christians want to know what they can do to try to stop the homosexuality-normalizing freight train.

First, we need the humility and honesty to acknowledge we don’t know how to discuss issues related to homosexuality with facility.

Second, we need to get educated. Our young Christians are becoming more affirming of homosexuality, not because the arc of the moral universe is bending toward justice, but because they are unwitting victims of cultural indoctrination, intimidation, and demagoguery. Go to your pastors and priests imploring them to teach the adults, high school students, and middle school students in your church about issues related to homosexuality. The church needs to step in and help its members understand and refute the utterly specious arguments used to normalize homosexuality, which if accepted will erode religious liberty, speech rights, parental rights, and children’s rights and will expand the role of government in the lives of families. If you cannot discuss with facility the following issues, you will by default become complicit in our cultural degradation:

Third, we need to be prepared to suffer for Christ and his kingdom.

Fourth and finally, we need to participate in the public dialogue on issues related to homosexuality even when it’s profoundly uncomfortable and may lead to personal or professional repercussions. We need to speak the truth without compromise, awkwardness, or self-consciousness.

The “Trans” Nightmares of Children We Don’t Want to Hear

Our Failing Demographics
b
a
x
r