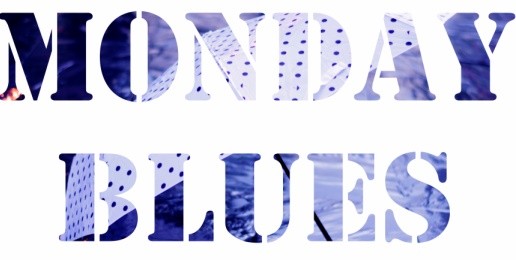 After a lovely Mother’s Day, I awoke to a dispiriting collection of news stories that point to the rapid degradation of truth and, therefore, the public weal. Here are just three:

1.)  Barack Obama’s Defense Secretary, Chuck Hagel, wants the prohibition of cross-dressers serving in the military to be reviewed, saying that “every qualified American who wants to serve our country should have an opportunity if they fit the qualifications and can do it.”

Mara Kiesling, executive director of the National Center for Transgender Equality, said that “These are amazing people who serve even though they must hide a basic part of who they are.”

The Leftist “identity” monster rears its ugly head again. For Leftists, identity is simply the aggregate of the (primarily sexual) feelings that they feel intensely; unilaterally and self-referentially decide are good; and upon which they seek to act. Oh, and their great moral absolute is that all of society must affirm their definition of identity.

We’ve got men who are sexually attracted to men serving in the military, so why not men who wish they were women? If we’re going to destroy military readiness, strength, and cohesion, why not go whole ruby lips hog.  Just remember, in addition to the pesky issues of readiness, strength, and cohesion to consider, there’s this: The federal government—that is to say, Americans—will be footing the bill for the surgical and chemical mutilation of men and women who seek a more elaborate disguise of their true sex.

2.) Mary Lambert, the young lesbian singer who wrote and sings the hook in Macklemore’s wildly successful pro-homosexual anthem “Same Love,” talks here about the sexual abuse she endured at the hands of multiple men over the course of her childhood. Add Lambert’s name to the growing list of famous “gays” who have shared that they were abused as children.

And still no media discussion of the connection between childhood molestation and the development of same-sex attraction. While ignoring that connection, Leftists battle on trying to prevent all minors from getting counseling for unwanted same-sex attraction, including those whose same-sex attraction may be the result of abuse. Those homosexual activists and their ideological accomplices will exploit even the abuse of children as long as it serves their ultimate goal of normalizing homoerotic acts and relationships.

To make matters worse, in the face of this political exploitation of child abuse, many conservatives think we should never be angry about issues related to the normalization of perversion.

3.) Arkansas state judge, Chris Piazza, ignored the will of a majority of Arkansans when he overturned their ban on the legal recognition of same-sex unions as marriages. In so doing, he employed one of the central and staggeringly stupid arguments commonly heard from homosexual activists and talking hollow-heads.

He compared prohibitions of same-sex faux-marriages to bans on interracial marriages, which makes sense only if one can prove that skin color is analogous to homoerotic relations and if one can prove that marriage has no inherent nature relative to procreative potential—neither of which did Piazza do.

If, as Piazza seems foolishly to believe, marriage has no inherent connection to the procreative potential that arises from sexual complementarity, then he must overturn prohibitions of sibling marriages, marriages between parents and children, and plural marriages, because those bans result from a belief that marriage is connected to procreative potential and the natural rights and needs of children.

This is not to say that all marriages can or do reproduce. The government has no business in ascertaining fertility or compelling reproduction. Rather, government has a vested interest in recognizing and regulating the type of union that naturally results in children. It does so because protecting the needs and rights of children affects the public good in countless ways.

Surprisingly, Judge Piazza acknowledged that “…marriage is not expressly identified as a fundamental right in the Constitution….” Rights are accorded to individuals—not to couples. Those who choose to place their unchosen homoerotic feelings at the center of their identity have the right to marry. They always have. They have had the right to participate in the sexually complementary institution of marriage. Many choose not to. Instead, they seek to redefine it. They seek the unilateral right to redefine marriage in their own image.

Another feckless statement of Piazza’s echoes the sentiments of Anthony Kennedy who finds animus lurking behind any argument that dissents from the “identity” dogma of the “LGBTQIIA” movement:

Same-sex couples are a morally disliked minority and the constitutional amendment to ban same-sex marriages is driven by animus rather than a rational basis.

Of course there are rational reasons to defend marriage as inherently sexually complementary. If Piazza and Kennedy are unaware of rational, secular arguments, they need to read more broadly. Ryan Anderson, Sherif Girgis, and Robert George have outlined them in their important book What is Marriage?: Man and Woman: a Defense.

Before activist judges in thrall to the presumptuous homosexual activist bullies decide which marriage criterion to throw overboard, they really should understand what marriage actually is.