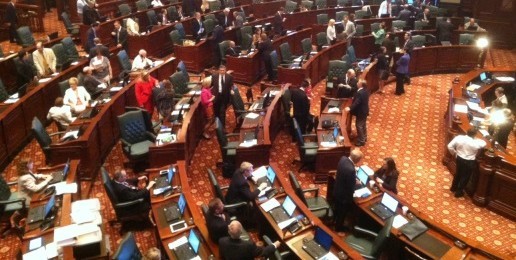 Lawmakers who support the legal recognition of same-sex unions as “marriages” should be embarrassed by the intellectual vacuity of the arguments they and homosexual activists use to defend this radical redefinition of marriage. And the sycophantic media, in the tank for all things homosexual, that facilitate the use of irrational arguments to destroy marriage should be equally embarrassed. But unfortunately, it takes integrity and a commitment to logic to feel embarrassed by these intellectual and ethical lapses.

Before any lawmaker votes in favor of eliminating sexual complementarity from the legal definition of marriage, they should read the article “Same-Sex Marriage Makes Liberal Judges Irrational” by Matthew Franck. The irrational non-arguments that irrational ideologue-judges use are the same irrational non-arguments that lawmakers and homosexual activists use (though judges are often more skillful at elaborate, convoluted sophistry than are our lawmakers and activists).

Then Illinoisans should demand that these public servants publicly respond to the following questions raised by Franck:

We citizens are lazy, irresponsible fools if we don’t demand these questions be publicly answered. We should be in the faces—winsomely, of course—of our elected representatives relentlessly asking these questions and refusing to let them bob and weave rhetorically as my representative Scott Drury (D-Highwood) did in a frustrating conversation during which he refused to explain why marriage should be limited to two people.

Legislators who purport to oppose the legalization of same-sex marriage are unworthy of office if they don’t ask these questions during what are laughingly referred to as floor “debates” in Springfield.

Journalists should be relieved of their duties if they don’t badger lawmakers with these questions just as they badger marriage traditionalists with hard questions.

And any lawmaker who votes for the disastrous same-sex pseudo-marriage bill (SB10) should be booted from office, winsomely, of course.

Click HERE to make a tax-deductible donation to the Illinois Family Institute.