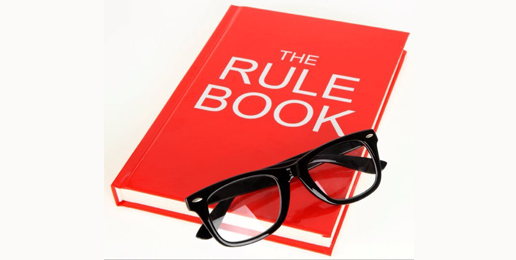 “The very term ‘language rule’ was itself a code name;
it meant what in ordinary language would be called a lie.”
~Hannah Arendt, Eichmann in Jerusalem

With Hollywood, academia at all levels, the mainstream media, the arts community, professional medical and mental health organizations, and increasing numbers of heretical faith leaders in the tank for sexual deviance, the hubris of homosexual and “trans” activists grows.

First they pleaded for tolerance, then approval, then celebration. But despite pervasive “progressive” efforts to indoctrinate, suppress dissent, or compel acquiescence, there remains a remnant of Americans (and immigrants) who believe, among other things, the following:

Not one item on this list constitutes hatred unless hatred is redefined as being constituted by beliefs with which Leftists disagree.

The Left believes that to be compassionate, loving, and inclusive, one must affirm and celebrate every feeling, desire, attraction, belief, idea, and moral claim that another person experiences or holds. Well,  that’s not quite accurate. They believe society must affirm and celebrate all the feelings, beliefs, ideas, and moral claims of Leftists—not those of conservatives.

Not quite sated by what they have thus far gobbled up of the culture, sexual anarchists are belching out their dessert desires: speech.

It’s not that they seek with their slavering maw only to gobble up the First Amendment. No siree. They not only seek to silence speech they don’t like but also to compel speech they do like. And the speech they like serves the cause of deception, disorder, and deviance.

Sexuality rebels are working feverishly to impose language rules—otherwise known as lies—on all of society, rules that if broken will bring fines or worse. Already schools are requiring faculty and staff to use opposite-sex pronouns (or pronouns like ze and zir) when referring to gender-dysphoric students, and New York City has issued legally binding “guidance” mandating that businesses, their employees, and patrons use the preferred pronouns of their employees, tenants, and patrons or be liable for up to $250,000 fines.

We have to use the person’s “preferred … pronoun and title,” whatever those preferences might be. Some people could say they prefer “glugga” just as well as saying “ze”; the whole point is that people are supposed to be free to define their own gender, and their own pronouns and titles. Seems improbable that some people would come up with new terms like that? Well, 10 or 20 years ago it would have seemed pretty improbable that today New Yorkers would be required to call some people “ze.”…Why wouldn’t some creative folks decide they want to add still more?

Or what if some people insist that their title is “Milord,” or “Your Holiness”? They may look like non-gender-related titles, but who’s to say? What if someone decides that one of the 56 genders is indeed especially noble or holy and that those really are the preferred gender terms? Or even if “Your Holiness” is understood as purely religious (again, why would that be so, given that the point is that people are supposed to be free to define their own gender self-conception and the words that go with it), presumably the same logic that applies to gender-related self-chosen titles would apply to religion-related self-chosen titles. Both sex and religious discrimination are, after all, prohibited by the same laws; by the City’s logic, if you call a Catholic priest “Father,” you’d have to use whatever other self-chosen religious titles people insist on.

Thankfully, some courageous souls are mounting a counter-rebellion against the despotic demands of sexuality rebels.

One such courageous hero of the anti-totalitarian, pro-truth movement is University of Toronto psychology professor Dr. Jordan B. Peterson who explained in a YouTube video that if a student or colleague were to insist that he refer to them by gender neutral pronouns like “ze” or “zir,” he will not do it, arguing that he will not be a “tool” of “radical Leftist political motivations.”

In an interview, he elaborated further:

I don’t recognize another person’s right to decide what words I’m going to use, especially when the words they want me to use…are non-standard elements of the English language, and they are constructs of a small coterie of ideologically motivated people….I’m not claiming that a person is free to use any words, in any context. But what I’m saying is that I’m not willing to mouth words that I think have been created for ideological purposes.

When asked about University of Toronto “nonbinary transgender” physics professor Dr. Amanda W. Peet’s request that she (she actually is female) be referred to by the plural pronoun “they,” Dr. Peterson explained that Peet’s request places no moral obligation on him:

The mere fact that professor Peet would like to be addressed by a particular pronoun does not mean that I am required to address him by that pronoun. That doesn’t mean that I deny his existence or the existence of people who don’t fit neatly in binary gender categories. I reserve the right to use my own language and I’m perfectly willing to take that to its conclusion. If it’s the case that I can’t use my language the way that I see fit, because I’m using my language to formulate and articulate the truth in the clearest manner I can possibly manage and if that lands me in legal trouble—well, so be it.

Our get-out-the-vote campaign is up and running. We are distributing the IFI Voter Guide to hundreds of churches, civic groups and tea party organizations. Will you financially support our endeavor to educate Illinois voters and promote family values?  Donate today.