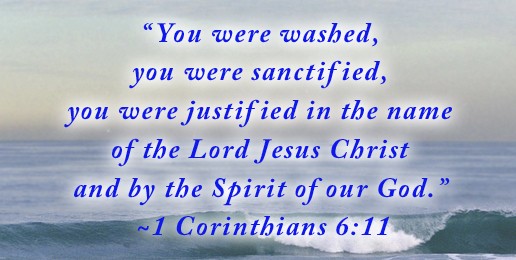 In homosexuality’s assault on the beliefs of churches that once unanimously identified it as sexual perversion—sodomy being “the abominable and detestable crime against nature”—its most potent weapon has been the counter-accusation that identification of homosexuality as sinful is a detestable offense against charity. By these presents, all who hold to the ancient interdict as God’s word may be numbered among the crowing yahoos of Westboro Baptist Church with its “God Hates Fags” placards.

The churches, thus accused, have divided into those that hold to the Judeo-Christian teaching and those converted to regarding homosexuality as no sin at all, for where the question is posed, as the church homosexualists have pointedly and indefatigably done in the last generation, the winnowing fan comes into play and there is a division—for there is no third way.

At the point where the question touches the resisting churches, however, there is often much confusion, which includes a genuine concern about whether the complete rejection of homosexuality is indeed uncharitable, whether those who bear the burden of homosexual lust are being unfairly singled out as greater sinners than those with other, no less sinful tendencies. They are troubled by the question of whether they, with a perverse desire to justify themselves by condemning others, fail to distinguish between sin and sinner so that the hate banners are really their own as well.

These questions, if not resolved, lead to a kind of moral suspension in which questions like, “What about our homosexual brethren here in the church? Are we denying their existence, failing to hear them?” become askable, and, encouraged by “moderate” voices within these communions, are indeed asked in a form something like and affirmation has been crossed.

In 1 Corinthians 6, St. Paul gives vital clarification on a subject where there is much foggy thinking among those who ask questions like, “What should the Church’s approach to homosexual Christians be?” The apostolic answer is that there is no such thing as a homosexual Christian. There are brethren who struggle with various temptations, to be sure, and may on occasion fall to them before rising again. But believers who resist homosexual lust are not “homosexuals.” They are just Christians, as are the rest of us with our own besetting sins.

Do you not know that the unrighteous will not inherit the kingdom of God? [Then comes a list of sinners, including “sexual perverts.”] And such were some of you. But you were washed, you were sanctified, you were justified in the Name of the Lord Jesus Christ and in the Spirit of our God.

Such were some of you. The apostle is writing to the baptized saints in the church of Corinth who are no longer these things. He does not say they are no longer susceptible to their old sins, nor that these old sins mustn’t be dealt with: addressing the problems old sins create is a large part of the epistle’s burden. Given this apostolic definition, however, we cannot—we dare not—say there is any such thing as a “gay (or lesbian, etc.) Christian,” for the Christian by definition has been cleansed of his homosexuality. He cannot regard himself as a homosexual—or idolater, or thief, or drunkard—nor can the Church affirm him, or the various acts associated with the old vice, as such.

There is no “homosexual voice within the Church,” for the homosexual’s conversion entails a choice—This, or That—the sin, or the Faith. He cannot have both, nor can the Church in any way accommodate the sin from which he has been cleansed. It is wholly and actively and vehemently against it as a destroyer of the souls it has been called to save. It labors among the saints only in the accomplishment of what has already been done in Christ: cleansing, sanctification, and justification in the Name of the Lord.

Its message to those who, in abandonment of hope, define themselves by some sin, and present themselves as though they, as so defined, should have a place in the Church, is and only can be that of complete rejection.

With respect to loving the sinner and hating the sin, which it indeed is called to do, what can it say to those who, in contempt of the saints who have fled their sins, declare their persons to be inseparable from the sin, identifying themselves with it—and then blame the Church for hating them as persons? It can only say to them that all perversion of what it is to be human has been destroyed in and by Christ, who makes those who love him straight and whole after his own image. To some, this is the promise of life; to others, who have bound themselves to that which is to be destroyed, it is the intolerable threat of destruction.

What do these latter have to speak to, much less teach or admonish, the Church upon? They have no voice among us. Christian authorities need to stop thinking and writing as though the categories of homosexual and Christian can be joined—as though the Church could tolerate or accommodate, or speak gently of, much less bless or sanctify, anything peculiar to the garment stained by the flesh that those who come to Christ throw off  in their baptism.

In that baptism we become penitents, and as such divided from our sins. St. Paul tells us here that no penitent is to be named by, identified by, what he has abjured. Those injured people who have put on Christ have put on, in him, life, hope, healing of their diseases, and resurrection of their bodies in the image and likeness of the one who has saved them.

The Church never can and never will give satisfaction—and the homosexualist knows it, for he knows the words against him are ineradicable—to the declared and impenitent homosexual, the person who, through an act of the vermiculate will, has identified his person with a sin, whether he demands acceptance of his sin through “love,” or vindication through identification of his perceived enemies as bigots. Whether he presents himself as an object of love or indignation, what he demands in either case is acceptance not of the person, but of the sin-bound and sin-defined person. He demands the declaration of spiritual authority that there is nothing objectively disordered about this binding of man to sin, and assurance that this monstrous amalgam can indeed enter the kingdom of heaven. This can never happen among Christians until they abandon Christianity, which is at war with every sin, and whose indelible constitution places all perversions of the perfect man at the muzzle of its canons.