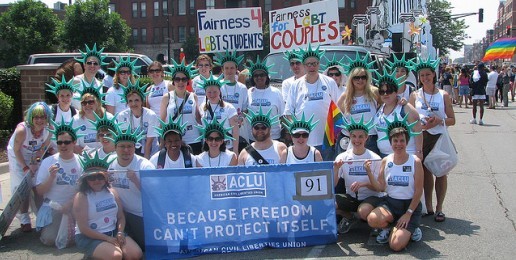 Though open containers with alcoholic beverages are illegal during the Gay Pride Parade, missing in official police and parade rule announcements, however, are warnings against violating the Chicago Public Morals Laws, which have been on the books for years and rarely, if ever, enforced in the Boystown gay district throughout the year.

The month of June was designated as LGBT “Pride Month” by proclamation from Mayor Rahm Emanuel featuring dozens of social, cultural, athletic and political events scheduled by various sponsoring groups, culminating with the 44th annual Chicago Gay Pride Parade on June 30th at noon. The grand marshal for the parade is former NFL player Wade Davis. Parade organizers claim to attract hundreds of thousands of onlookers each year, including young children.

TAKE ACTION:  Click HERE to use IFI’s advocacy system to contact Chicago Police Superintendent Garry McCarthy and 19th District Commander Elias Voulgaris and respectfully urge them to enforce Chicago Public Morals Laws. People with same-sex attraction insist on equality but don’t want to be held to the same standard of law as the rest of us. No one person, group or organization should be above laws that protect all citizens from public indecency and lewd behavior.

Quoting from the MassResistance website which features a multi-part series titled, What Boston “Gay Pride” Reveals About the LGBT Movement in America:

Everything you’d want to know about the homosexual-transgender movement in America– its goals, its dark and destructive sides, its targets, its supporters (including many you’d be surprise by) — is brought out in the open during the huge public “gay pride” events in major US cities. In many ways, these are their public statements to the rest of us… Most of America is shown “gay” life on television and in the media in a very sanitized way, as if it were natural and that the latest “civil rights” struggle… Besides “gay marriage,” a major goal of the homosexual movement is normalizing “transgenderism” throughout society, including changing our basic foundations such as the family structure. Make no mistake: This movement is well organized and focused. We all see it through the intense lobbying to push “non-discrimination” on the basis of “gender identity” through legislatures and court rulings. It’s also pushed hard in schools, large corporations and government bureaucracies. On the federal level, the Obama administration has brought it into most top federal agencies… Making a dysfunctional and dangerous behavior the “new normal.” If the transgender movement achieves its goals, this is what people in your businesses, government offices, classrooms, and public facilities will look like — whether you like it or not.

Kathy Valente
Kathy joined the IFI team as our Director of Operations in 2008. Previously, Kathy was the state director for Concerned Women for America for 4 years. But even before that,...
Full bio and more from Kathy Valente
b
a
x
r