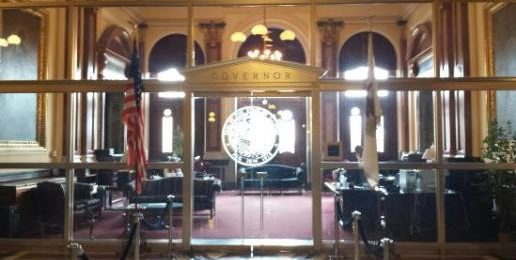 HB 1785 will allow gender-dysphoric persons to falsify their birth certificates, which are both legal and historical documents. This will have consequences with regard to the relentless cultural assault on physical privacy through the sexual integration of previously sex-segregated spaces. Simply put, biologically intact men will have legal access to women’s restrooms, locker rooms, dressing rooms, shelters, semi-private hospital rooms, nursing home rooms, and prisons.

Thirty votes are needed for passage in the Illinois Senate. This bill was passed along party lines without one Republican vote, and four Democrats not voting on this controversial proposal.  See the full roll-call below.

Now that it has passed in both chambers, it will be sent to Governor Bruce Rauner. Once he receives it, he will have 60 days to veto or sign it. If he does nothing, it automatically becomes law.

Take ACTION: Click Here to email Governor Bruce Rauner to urge him to veto HB 1785 and uphold birth certificates as the historical legal documents they were intended to be.

The state of Illinois has no duty or right to be complicit in fraud by making it easier for men and women who wish they were the opposite sex to falsify their birth certificates, nor should Illinois public policy affirm deceit.

“Thou shall not bear false witness against your neighbor.”
~Exodus 20:16~ 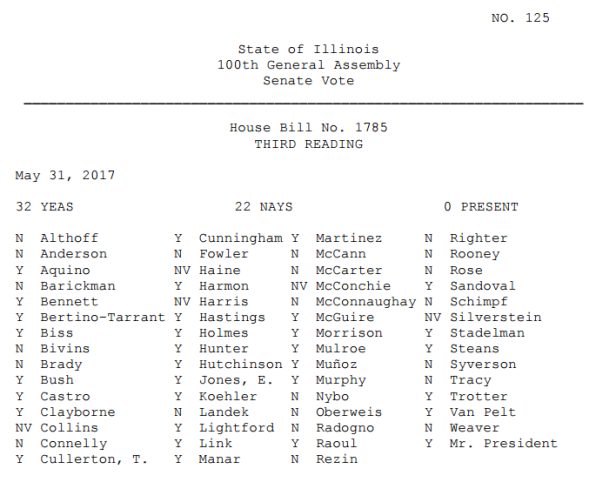