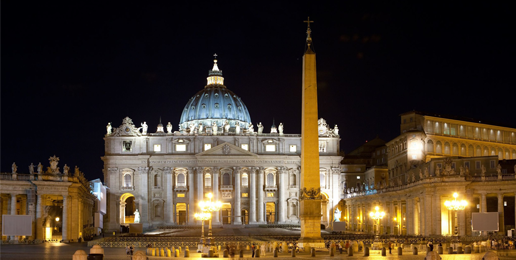 Homosexuality in the Catholic Church
Written By Laurie Higgins   |   08.27.18
PRINT

Warning: not for younger readers

As the Catholic Church is rocked by yet another sex scandal involving priests who abuse children and teens, the bizarre claim that these scandals have nothing to do with homosexuality continues to spread, primarily by those most personally invested in white-washing the pederastic deviance intrinsic to homosexuality.

The most recent scandal emerges from six dioceses in Pennsylvania where an investigation brought to light that over the past 75 years, 300 predatory priests sexually abused over 1,000 children and teens, the vast majority of whom were male.

In 2002, the John Jay College of Criminal Justice of the City University of New York was hired by the “full body of Catholic bishops of the United States” to “conduct research, summarize the collected data, and issue a summary report” on clergy abuse in the Catholic Church. The report, titled “The Causes and Context of Sexual Abuse of Minors by Catholic Priests in the United States, 1950-2010,” revealed that 81% of victims of Catholic priest abuse were male, and that 78% were pubescent or post-pubescent boys between the ages of 11-17 (51%  were between ages 11-14, 27% were between ages 15-17). The remaining 22% were between 1-10.

In the ever-shifting sands of social “science,” pedophilia is defined as sexual interest in prepubescent children. Therefore, adults who sexually molest pubescent children or post-pubescent teens are not deemed pedophiles. Adult males who are sexually interested in pubescent boys are called hebephiles, and adults who are sexually interested in post-pubescent boys are called ephebophiles. They’re still perverse, just less perverse than pedophiles. Formerly these forms of perversion were called pederasty. Priests who sexually abuse pubescent and post-pubescent male children and teens are homosexual. They are pederasts.

Arguably the world’s preeminent scholar on the topic of the Bible and homosexuality, Dr. Robert A. J. Gagnon, explains this tortured reasoning:

So you see, the priest in the Pennsylvania report who admitted molesting boys but denied the accusations of two girls because girls “don’t have a penis” couldn’t possibly be homosexual so long as the boys are 9 rather than 12.

The scope of the problem of homosexuality among priests is revealed not just in child abuse scandals. In his book The Changing Face of the Priesthood, published in 2000, Catholic priest Fr. Donald Cozzens estimated that 50% of priests and seminarians are same-sex attracted. In that same year, Jesuit priest Paul Shaughnessy wrote about the infiltration of the priesthood by homosexuals which had resulted in scores of priests’ deaths from AIDS between the mid-1980’s to 2000:

AIDS has quietly caused the deaths of hundreds of Roman Catholic priests in the United States…. The death rate of priests from AIDS is at least four times that of the general population…. [P]riests routinely gloat about the fact that gay bars in big cities have special “clergy nights,” that gay resorts have set-asides for priests, and that in certain places the diocesan apparatus is controlled entirely by gays. What is significant is that these are not claims made by their opponents, not accusations fired off by right-wing Catholics in a fit of paranoia; rather they are gays’ words about gays themselves.

In 2001, a website for homosexual priests and seminarians called St. Sebastian’s Angels was exposed:

Featured on St. Sebastian’s Angels were names, photos and email addresses of openly homosexual priests, a disturbing selection of pornographic images, and a forum for participants to discuss anything from their open rejection of Church teaching to their perverse activities and fantasies.

In 1996, shortly before he died, former archbishop of Chicago Joseph Cardinal Bernardin—long-rumored to be homosexual and accused of sexually molesting Steven Cook—asked the Windy City Gay Men’s Chorus to sing at his funeral.

Pope Francis ruffled the feathers of theologically orthodox Catholics again by his appointment of José Tolentino de Mendonça to be Vatican archivist and librarian of the Holy Roman Church. Concern over this appointment arises in part from Mendonça’s enthusiastic support for the heretical, feminist Benedictine nun Sr. Teresa Forcades who wants the church to change its position on homosexual activity (as well as abortion and female ordination). Not surprisingly, Forcades, who has “become one of the most influential left-wing public intellectuals in Europe,”  says, “I don’t believe every sentence in the Bible is the word of God.”

Forcades praised Pope Francis’ efforts to change the attitude of the Church on homosexuality:

I think that Pope Francis attempted to make a step forward in this sense with the Synod on the Family; he did not succeed in doing it, but it is not the same atmosphere now as it was when there was not Pope Francis. For example, Sr. Jeannine Gramick, who worked in the United States for many years for acceptance not only for being homosexual but also for homosexual activity, for physical homosexual love, has said that from the time Pope Francis arrived she no longer faced the pressure she had endured previously to not do this type of apostolate.

This is the woman for whose book, Feminist Theology in History, Mendonça wrote an enthusiastic preface. And Mendonça is the priest Pope Francis wants in a Vatican leadership position.

The 2004 book Fallen Order by British historian Karen Liebreich chronicles the sex abuse perpetrated and covered up in the Order of the Clerics Regular for the Pious Schools, also known as the Piarist Order, in 17th Century Italy. The order was founded in 1597 by Jose de Calasanz and was “dedicated to educating poor children.” Two of the priests in charge of Pious schools were Fr. Stefano Cherubini and Fr. Melchiorre Alacchi, both of whom were pedophiles. When confronted by Calasanz, Cherubini, who came from a Vatican-connected family of attorneys, threatened to sue and besmirch the reputation of the Piarist Order and the Church all the way up to the pope, so Calasanz relented and promoted him. Some years later for reasons related to Vatican politics and unrelated to Cherubini’s pedophilia, the Vatican banned the Piarist Order. Twenty years later, the order rose from the ashes.

There is nothing new under the sun. Saint Peter Damian wrote this in in The Book of Gomorrah in 1051 AD:

[A] certain most abominable and exceedingly disgraceful vice has grown in our region, and unless it is quickly met with the hand of strict chastisement, it is certain that the sword of divine fury is looming to attack to the destruction of many…. The cancer of sodomitic impurity is thus creeping through the clerical order and indeed is raging like a cruel beast within the sheepfold of Christ.

Pervasive cultural acceptance and affirmation of homosexuality puts boys at serious risk. In every society throughout history that has accepted homosexuality—from Celtic Ireland to ancient Greece and Rome to ancient and medieval Japan—the dominant form it has assumed has been pederastic. Adult men had sexual relationships with pubescent and post-pubescent boys. This is what we will see in America unless we can recover moral virtue and sexual sanity.

Obamacare: Big Brother vs. the Little Sisters
b
a
x
r