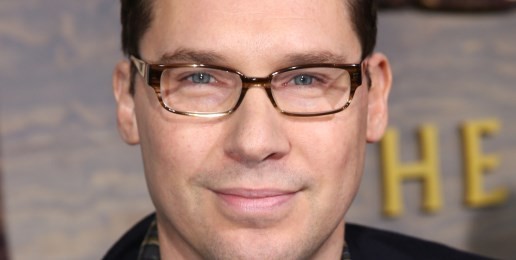 **Caution: Not for younger readers**

As a result of my lack of interest in comic book superheroes, I have never seen an X-Men movie, nor even read a review of one—until today. What prompted me to read about the X-Men movies is a hair-raising lawsuit filed by 31-year-old Michael Egan who is accusing X-Men  director and producer Bryan Singer of drugging and raping him when Egan was between the ages of 15-17 and openly homosexual Singer was 32.

Here’s more from the AP report:

This isn’t the first time Singer has been in trouble involving minors. In 1997, a 14-year-old extra from the thriller he directed entitled “Apt Pupil” accused Singer and others working on the film of forcing him and two other underage boys to get naked during a shower scene.

Deadline reports that due to the [Egan] lawsuit, Singer will be skipping planned appearance at this weekend’s WonderCon event in Anaheim. The website also reports Singer’s name is being removed from commercials for the new TV series ‘Black Box,’ which he produced.

According to the highly-explicit suit, the illicit activities started at a mansion in the Los Angeles area known as the M&C Estate, where principals of streaming video company Digital Entertainment Network, Marc Collins-Rector and Chad Shackley, lived. Shackley’s younger brother Scott was a classmate of Egan’s.

The court documents also claim that Collins-Rector molested Egan and threatened him with a firearm if he did not comply.

…Collins-Rector is already a registered sex offender. In 2004, he pled guilty to enticing five minors across states lines for sexual relations.

The suit goes on to allege that further abuse by Singer happened at the Paul Mitchell estate in Hawaii, where Egan was forced to take cocaine and was repeatedly raped in a swimming pool with his head held underwater.

TMZ has obtained an affidavit written by FBI Special Agent Joseph Brine. We know Egan—who was 15 at the time of the alleged assault—is referred to as Minor #4.

In the affidavit—dated May, 2003—Egan says Shackley’s younger brother invited him to a graduation party at the Encino estate. According to the docs, there were 5 to 6 people present, including Rector and Shackley….

Egan claims during the party, Rector told him “90 percent of show business was gay and that you needed to sleep with people if you wanted to go anywhere.” Rector allegedly warned, “We stay together, but you do not want to see my dark side,” and then displayed a gun.

Rector allegedly said he was one of the 25 most powerful people in Hollywood and it would be a mistake to make the group angry.

What followed, according to Egan, was a barrage of sexual assaults at the estate and elsewhere. Most shockingly, Egan says he was taken to a Siegfried and Roy show in Vegas, drugged and when he awoke he felt a pain in his rectal area and realized he had been sodomized by Shackley.

Collins-Rector was charged with 21 counts of sexual assault. He copped a plea to 1 count. We’re told Collins-Rector and Shackley fled the country.

The other minors who are mentioned in the complaint tell wild stories… being flown from various states to California, offered $100K a year for college tuition, cars and other perks in return for sex.

One minor was allegedly told by Rector if he refused to have sex he’d be sent back to his “hick town” and never have a life.

This helps explain the overt homosexuality-affirming messages of the X-Men movies in which mutants are the symbol for homosexuals. In an analysis of the deviance-endorsing didacticism of these films, Dr. Michael Brown writes:

[T]he [X-Men] movies, along with the comic books, draw many clear parallels between the mutants and the gay and lesbian community. It is an open secret that the most recent movie in the series, X-Men First Class, which serves as the prequel for the other films, is especially overt in presenting these parallels.

Who exactly is Bryan Singer? He is the openly gay producer, director, and/or writer of X-Men, X2, and X-Men First Class, and a reviewer on the Fridae website (“Empowering Gay Asia”) noted that Singer stated in an interview on BBC that ‘mutant’ was a stand-in for ‘gay.’”

These lawsuits also shed some much-needed light on the homosexuality-affirming blitzkrieg spewing daily from Hollywood—America’s sorry storyteller. Don’t underestimate the power of stories to transform hearts and minds, particularly young hearts and minds.

It shouldn’t surprise anyone that the Hollywood purveyors of perversion would be perverse, or that the Hollywood “teachers” of tolerance would tolerate virtually anything (accept, of course, dissent from their sexuality dogma), or that the most powerful among us would exploit their power to indulge in whatever deviant desires a corrupt mind can entertain.

I know, I know, these are just allegations, but there are an awful lot of allegations like this out there. And where there’s this much smoke, there’s usually a conflagration. We ignore these allegations at the peril of children.

Let’s see if Hollywood, rightfully indignant about the abuses committed by Catholic priests and concealed by Catholic hierarchy, will now in righteous indignation, openly castigate powerful Hollywood moguls for their homoerotic abuse of minors.