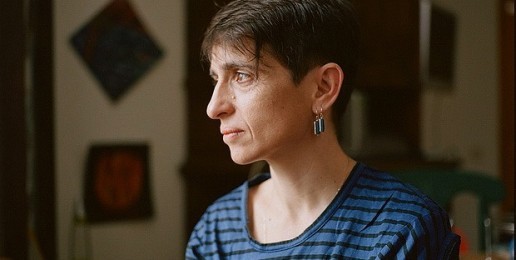 Even knowing that there are radicals in all movements, doesn’t  lessen the startling admission recently by lesbian journalist Masha Gessen.  On a radio show she actually admits that homosexual activists are lying about their radical political agenda.  She says that they don’t want to access the institution of marriage; they want to radically redefine and eventually eliminate it.

Here is what she recently said on a radio interview:

The institution of marriage is going to change, and it should change. And again, I don’t think it should exist. And I don’t like taking part in creating fictions about my life. That’s sort of not what I had in mind when I came out thirty years ago.

I have three kids who have five parents, more or less, and I don’t see why they shouldn’t have five parents legally… I met my new partner, and she had just had a baby, and that baby’s biological father is my brother, and my daughter’s biological father is a man who lives in Russia, and my adopted son also considers him his father. So the five parents break down into two groups of three… And really, I would like to live in a legal system that is capable of reflecting that reality, and I don’t think that’s compatible with the institution of marriage.”

For quite some time, the defenders of natural marriage have attempted to point out that the true agenda behind the homosexual demands organizations is not marriage equality; it is the total unraveling of marriage and uprooting traditional values from society.  (This will ultimately include efforts to silence and punish some churches that openly adhere to their religious teachings about marriage and sexual morality.)

While few have been as vocal as this lesbian activist was in this interview, we do have numerical examples proving her point.  When given the opportunity to marry, after laws have been struck down relatively small percentages of homosexuals actually bother to marry compared to their heterosexual counterparts.  This raises question about the true need to unravel marriage for the “fair” extension its benefits.  Only 12 percent of homosexuals in the Netherlands marry compared to 86 percent of their heterosexual peers.  Less than 20 percent of same-sex couples already living together in California married when given the chance in 2008.  In contrast, 91 percent of heterosexual couples in California who are living together are married.

Clearly this is about cultural change and tearing down the traditional family ethic, since it seems that most homosexuals living together neither need nor desire to marry, though they do desire to radically change marriage.

Gays and lesbians are free to live as they choose, and we live in a society which roundly applauds them doing so like never before in our history, but they do not have the right to rewrite marriage for all of society.

‘Marriage Equality’ Isn’t the Only Goal
b
a
x
r