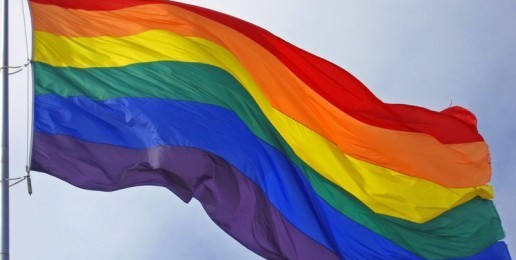 The Christian church has faced no shortage of challenges in its 2,000-year history. But now it’s facing a challenge that is shaking its foundations: homosexuality.

To many onlookers, this seems strange or even tragic. Why can’t Christians just join the revolution?

And make no mistake, it is a moral revolution. As philosopher Kwame Anthony Appiah of Princeton University demonstrated in his recent book, “The Honor Code,” moral revolutions generally happen over a long period of time. But this is hardly the case with the shift we’ve witnessed on the question of homosexuality.

In less than a single generation, homosexuality has gone from something almost universally understood to be sinful, to something now declared to be the moral equivalent of heterosexuality-and deserving of both legal protection and public encouragement. Theo Hobson, a British theologian, has argued that this is not just the waning of a taboo. Instead, it is a moral inversion that has left those holding the old morality now accused of nothing less than “moral deficiency.”

The liberal churches and denominations have an easy way out of this predicament. They simply accommodate themselves to the new moral reality. By now the pattern is clear: These churches debate the issue, with conservatives arguing to retain the older morality and liberals arguing that the church must adapt to the new one. Eventually, the liberals win and the conservatives lose. Next, the denomination ordains openly gay candidates or decides to bless same-sex unions.

This is a route that evangelical Christians committed to the full authority of the Bible cannot take. Since we believe that the Bible is God’s revealed word, we cannot accommodate ourselves to this new morality. We cannot pretend as if we do not know that the Bible clearly teaches that all homosexual acts are sinful, as is all human sexual behavior outside the covenant of marriage. We believe that God has revealed a pattern for human sexuality that not only points the way to holiness, but to true happiness.

Thus we cannot accept the seductive arguments that the liberal churches so readily adopt. The fact that same-sex marriage is a now a legal reality in several states means that we must further stipulate that we are bound by scripture to define marriage as the union of one man and one woman-and nothing else.

We do so knowing that most Americans once shared the same moral assumptions, but that a new world is coming fast. We do not have to read the polls and surveys; all we need to do is to talk to our neighbors or listen to the cultural chatter.

In this most awkward cultural predicament, evangelicals must be excruciatingly clear that we do not speak about the sinfulness of homosexuality as if we have no sin. As a matter of fact, it is precisely because we have come to know ourselves as sinners and of our need for a savior that we have come to faith in Jesus Christ. Our greatest fear is not that homosexuality will be normalized and accepted, but that homosexuals will not come to know of their own need for Christ and the forgiveness of their sins.

This is not a concern that is easily expressed in sound bites. But it is what we truly believe.

It is now abundantly clear that evangelicals have failed in so many ways to meet this challenge. We have often spoken about homosexuality in ways that are crude and simplistic. We have failed to take account of how tenaciously sexuality comes to define us as human beings. We have failed to see the challenge of homosexuality as a Gospel issue. We are the ones, after all, who are supposed to know that the Gospel of Jesus Christ is the only remedy for sin, starting with our own.

We have demonstrated our own form of homophobia-not in the way that activists have used that word, but in the sense that we have been afraid to face this issue where it is most difficult . . . face to face.

My hope is that evangelicals are ready now to take on this challenge in a new and more faithful way. We really have no choice, for we are talking about our own brothers and sisters, our own friends and neighbors, or maybe the young person in the next pew.

There is no escaping the fact that we are living in the midst of a moral revolution. And yet, it is not the world around us that is being tested, so much as the believing church. We are about to find out just how much we believe the Gospel we so eagerly preach.