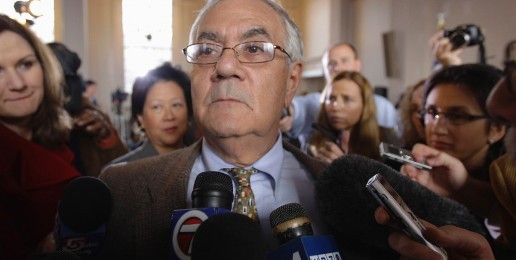 The Employment Non-Discrimination Act (ENDA) is again being considered by our lawmakers in Washington D.C. ENDA is a federal law proposed by the homosexual lobby and would create a special class of protection based on someone’s actual or perceived ‘sexual orientation’ or ‘gender preference.’ The law would force Christian schools, organizations, Christian business owners, and more to hire and give preferential treatment to people involved in homosexual behavior and/or people physically altering their gender.

ACTION: Please ask your U.S. Representative in Washington D.C. to please vote ‘NO’ on ENDA! (Click HERE to read the current text of this bill.)

Background
Practically, how would ENDA be applied?

ENDA will also promote an unprofessional discussion of sexuality in the workplace. People will be emboldened and be given carte blanche (in fact a governmental shield of protection) to air their sexual laundry and express their sexuality including their “gender identity.”

Morevoer, employers will face conflicts between meeting their duty to provide a fair and professional environment free of sexual harassment and making accommodations for employees’ sexual expressions in the workplace.

The Human Rights Campaign, the homosexual lobbying group with the $30+ million budget that is pushing hard to get ENDA passed in Congress, has described what it would like a ‘non-discrimination’ workplace to look like. Actions go as far as distributing Transgender Handouts at work. CLICK HERE to read more.

Unfortunately, due to the billions of dollars behind the pro-homosexual lobby, the U.S. House of Representatives is very close to passing this bill, and thousands of homosexual-friendly businesses and business associations have signed onto the law. CLICK HERE to see which businesses and associations favor ENDA.

MORE ACTION: If you are a member of an association supporting ENDA, call immediately and voice opposition!

As Christians, employees, and business owners, it is important that we understand ENDA, and with a voice louder than the homosexual lobby, tell our state leaders this bill violates American and Christian liberties.

The Employment Non-Discrimination Act is BAAAAACK