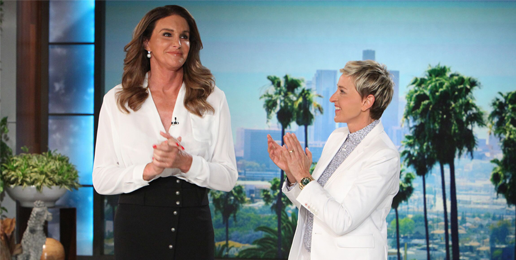 The idea of two distinct sexes has been acknowledged as fundamental reality for thousands of years by billions of people, biology and every major religion.

The Trump administration agrees, which is why the Health and Human Services Department is circulating a proposal defining gender this way for purposes of interpreting Title IX of the Civil Rights Act:

”The sex listed on a person’s birth certificate, as originally issued, shall constitute definitive proof of a person’s sex unless rebutted by reliable genetic evidence.”   Further, the determination should rest “on a biological basis that is clear, grounded in science, objective and administrable.”

This means that when a baby is born, it’s still OK to say, “It’s a girl!” or “It’s a boy!” without having to ask the baby which sex it thinks it is.

Unsurprisingly, the Trump administration’s straightforward return to sanity has triggered a hysteria unseen since a majority of Americans had the audacity to say out loud that marriage is the natural union of male and female. The dystopic Left is apoplectic that anyone still dares to resist their distorted view of human sexuality.  They know that most people know better but are afraid to say so.

This is about much more than some people claiming to be the other sex and trying with the help of the media to rig the culture and legal system to their version of reality.  It’s a power struggle. The ruling elites aim to make us say that up is down, right is wrong, sweet is bitter and life is death.

Leading the charge, the Washington Post ran an editorial that said the HHS proposal, first reported by fellow cultural Marxists at the New York Times, was a “denial of reality” and based on “warped logic.”  Seriously.

Here’s more: “A brief conversation with a transgender person would cure most Americans of the notion that their expressed gender identity is a shallow preference, a phase or something other than a deeply held knowledge that their body does not match who they are.”

There’s nothing shallow about someone being so out of kilter with their own biology that they would contemplate surgical removal of otherwise healthy body parts.

The same people who accuse traditionalists of imposing their values on others insist that biology is meaningless.   But just because someone strongly believes something does not make it so.  Some people are afflicted with species dysphoria, in which they believe they are animals, a  “non-human species trapped in a human body.”  Are you going to believe them or your lying eyes?

There’s nothing wrong with treating transgender people with kindness.  We should all strive to live out Jesus’ admonition to do unto others as we would have them do unto us. But we need to oppose obscene developments like drugging children to delay their natural puberty in order to steer them into identifying with the opposite sex.  That is child abuse.

Here’s a welcome corrective from Dr. Paul McHugh, former psychiatrist-in-chief at Johns Hopkins Hospital, who once favored sex-change surgery but now opposes it.

“I have witnessed a great deal of damage from sex-reassignment,” he wrote. “The children transformed from their male constitution into female roles suffered prolonged distress and misery as they sensed their natural attitudes…. We have wasted scientific and technical resources and damaged our professional credibility by collaborating with madness rather than trying to study, cure, and ultimately prevent it.”

At the end of the cross-dressing 1959 comedy “Some Like It Hot,” Joe E. Brown is driving away in a speed boat with Jack Lemmon still dressed as a woman.  Insisting he wants to marry “her,” Mr. Brown hears Mr. Lemmon give a half dozen excuses until finally ripping off his wig in exasperation and declaring that they couldn’t marry because, “I’m a man!”

No, nobody is perfect, which is why we need to approach people who are hurting with compassion while declining to become co-dependents in their denial of reality.

Robert Knight’s latest book is “A Nation Worth Fighting For: 10 Steps to Restore Freedom.”  This article was originally published at Townhall.com.