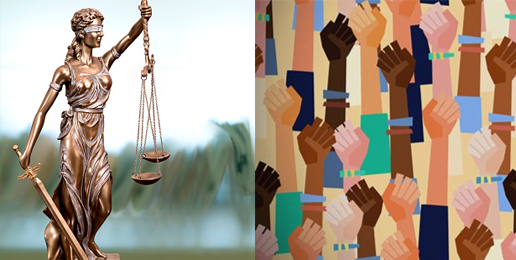 For the past 250 years, the United States of America has existed upon a simple yet profound truth, that all men are created equal before God. Of course, it is undeniable that America has not always lived up to this truth. But the true story of America is not one defined by our shortcomings; rather, it is defined by how we have overcome our shortcomings to realize true equality under law. With that said, why is legally recognized equality considered insufficient nowadays? According to the proponents of such a question, it is because “equity” must replace “equality” as the paramount virtue to strive for.

So, what even is equity, and why do they say it’s so much better than equality? In simple terms, “equity” is just another way of saying “fair.” For example, in the law, an equitable remedy is some form of relief other than money that is the only fair way to make a victim whole again. Doesn’t seem too bad, does it? Unfortunately, the application of equity as a social/political remedy is anything but fair, and in fact it is oftentimes actively unfair and even racist.

This unfair application derives from the circumstances in which the proponents of “social equity” attempt to apply it. Let’s use the example of college admissions to explain further. According to the proponents of this new form of so-called “equity,” the college admissions process is “systemically racist” because it usually leads to disparate outcomes among racial groups in terms of their respective percentage of the whole population. Asian and white applicants are usually accepted at disproportionately higher rates, while black applicants are usually accepted at disproportionately lower rates. Despite there being no known evidence of actual discrimination occurring, these disparate outcomes are automatically labelled racist and inequitable by social justice activists and must therefore be counteracted with policies that are “antiracist” and “equitable.” Insert affirmative action, which is a policy that actively discriminates typically against Asian and white applicants while actively favoring typically black applicants supposedly so that a more “fair” outcome may be achieved.

Now, applying this logic of “equity” to other fields all the more clearly reveals its racist and unfair discriminatory nature. Just look at professional sports. Despite constituting 60 percent of the U.S. population, white people make up just 17 percent of NBA players, while the 13 percent of the U.S. population that’s black represents almost 75 percent of NBA players. Wouldn’t the “woke” tenets of “equity” suggest an affirmative action program in the NBA designed to reduce this disparate racial outcome? They certainly would, but we can all see how ridiculous and racist it would be for the NBA to adopt such a policy. Yet proponents of social “equity” will unabashedly use this logic to support their own initiatives when convenient or necessary to support their narrative.

Long story short, the main difference between equality and equity is how they view outcomes. True equality can be viewed as an equality of opportunity that gives everyone a fair shot, but always results in disparate outcomes based on different skills, interests, and decision making. (This is “liberty and the pursuit of happiness.”) True equity can be viewed as an equality of outcome that discards requisite skills, interests, and decision making, so that all involved parties are equal in the end. (This necessarily requires totalitarianism, or communism, the opposite of liberty.) Equality is a fundamentally American ideal, while social “equity” is a fundamentally Marxist ideal. If we are going to stop this slow motion Marxist revolution from toppling our great American system, it needs to start by wholly rejecting “equity” policies in favor of “equality” policies.

This article was originally published at The FamilyFoundation.org.

Abortion Defense: A Satanic “Act of Worship”
b
a
x
r